The Smell of Cardboard

Tim from "I Love the Smell of Cardboard in the Morning" is a busy man these days as right before Christmas he brought home his third daughter. More power to you my friend. My little girl has been a handful so having three is hard for me to fathom. You are way outnumbered in your house. I should send you beer....

Right around this same time his daughter was born Tim sent me an awesome PWE. 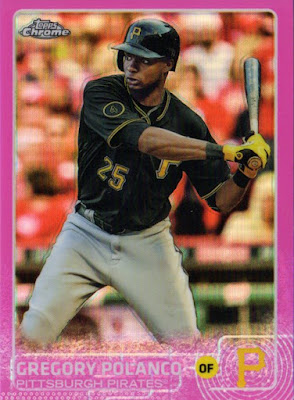 A Victoria's Secret parallel of Gregory Polanco.  I don't hide the fact that I love adding cards of the Pirate right fielder so getting them for free via trade makes me very happy. 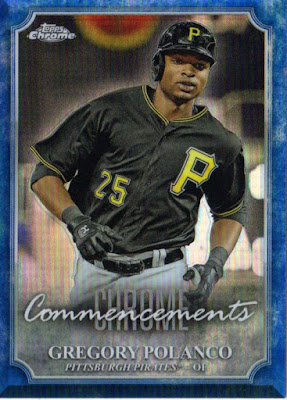 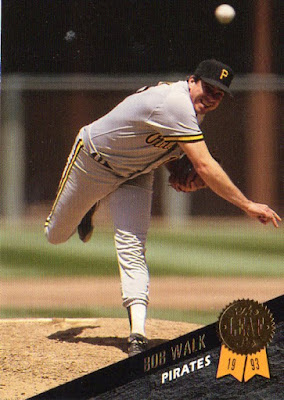 I really should gather up my Walk's in one place.  I probably have a master collection. This card here is the best card in the history of cards.  Move over Honus Wagner. 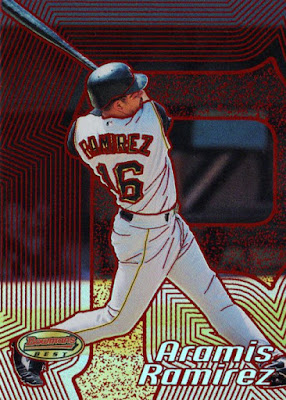 In reality this was probably my favorite card of the bunch. I have received so many great Ramirez cards in trades this past month. This Bowman's Best parallel is numbered to 200! Great card. 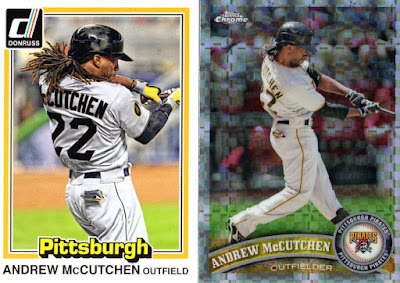 The Van Slyke is cool for a lot of reason. You have a Tim Wallach cameo, Pete Rose slide and Gene Lamont giving the "get down and slide sign".

JR House is actually from West Virginia.  My high school played House's team for the state championship when I was in 9th grade. I think he broke just about every quarterback record that game. The crazy thing was that he was better at baseball. He would go on to be a pretty big prospect for the Pirates, but never got any traction at the MLB level.  He had a cup of coffee in 5 different seasons, but never got more than 40 at bats.

Thanks for the great cards Tim. Hope things are settling down at your house. By the way everyone should trade with Tim.  He actually collects a good bit of Rays players!!!!  His primary collection is Yanks, but he has a nice variety of players on his want list.

Posted by BobWalkthePlank at 8:47 PM