Topps Triple Threads is one of my favorite releases every year.  I've only purchased one box in my life as the price point is between $150-$200, but I often chase the Pirate singles every year. The 2013 version was no different as the Pirates were well represented on the checklist. 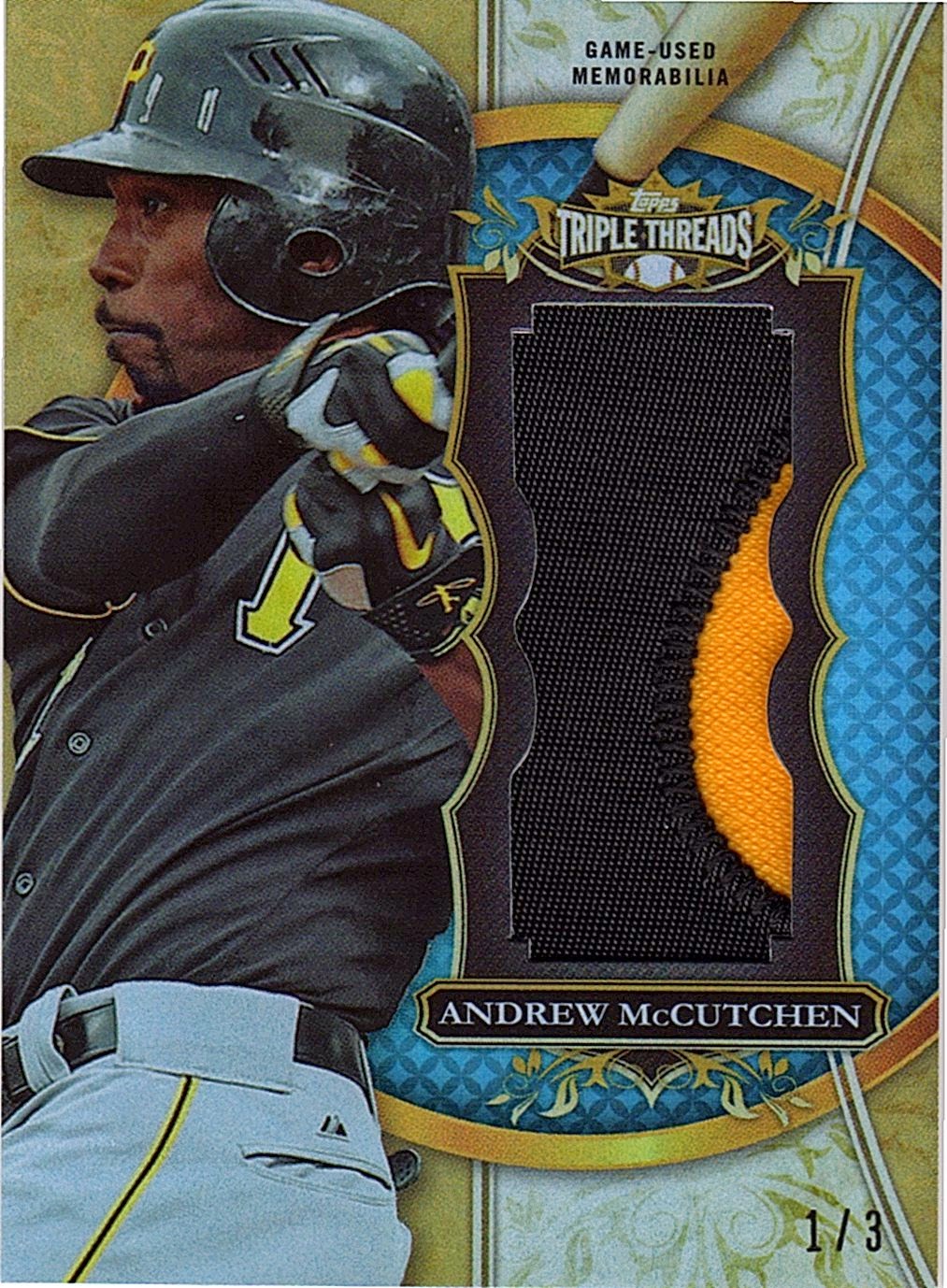 The way Triple Threads generally works is that there are 3 variants of each card.  Here are two of the three for Andrew McCutchen that are numbered to 3.  I've actually seen the third variant pop up on eBay a couple of times, but each time it went north of $100.  As much as I wanted to go after it, the price was just too high.  One of these years I will find it.