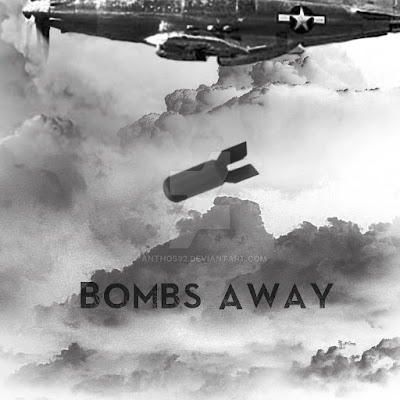 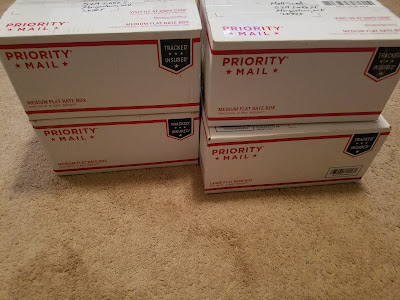 In a weeks span I received these four boxes from the Hazel Green madman Wes of Jaybarker fame. I spent a good part of this past weekend cleaning up my cardboard messes in anticipation of opening these. Last night I finally broke into the first two and lets just say I was surprised...... 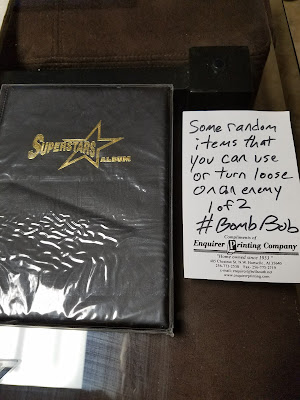 Randomness will be the theme. Less cardboard and more oddball items. When I first saw the above album I thought it said supertraders.  Wes's antics have populated my mind so much I start to see things that are not there. 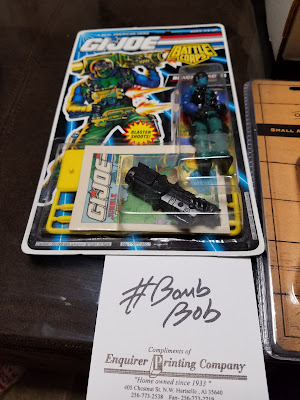 I'm not sure if random is even the right word to describe the items I received.  Yes, that is a GI Joe circa 1992.  My brother was more of a GI Joe collector.  I'm sure he'll get a kick out of this once I show him. 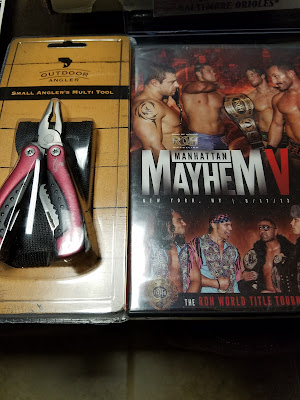 Our war is getting so insane that actual weapons are getting sent in the mail. I didn't recognize any of the wrestlers on the cover of the DVD. I laughed pretty hard when I pulled these items out of the box. 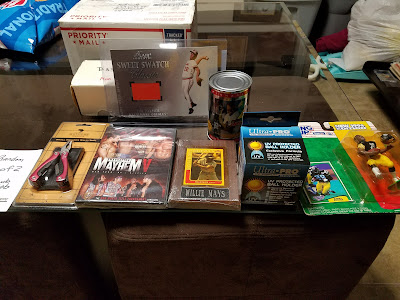 The gigantic Jim Palmer jersey card was cool.  I think Wes has sent me a handful of Starting Lineups over the years.  I'm always torn on what to do with them.  I have hundreds still in the box.  I've been thinking about just cracking them open and displaying them. 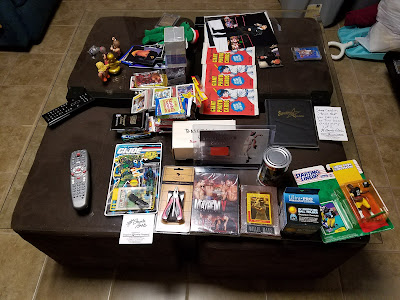 An aerial shot of the damage. 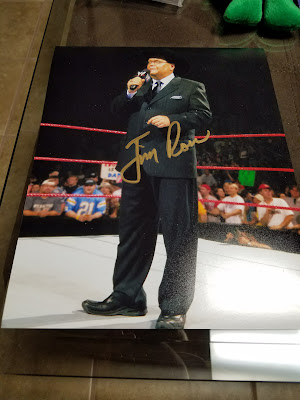 Of all the items, I think this was my favorite. I don't watch wrestling anymore, but when I did Jim Ross was actively involved. I watched wrestling all time time as a kid during the early Hogan years and picked back up again during the Attitude/NWO era. 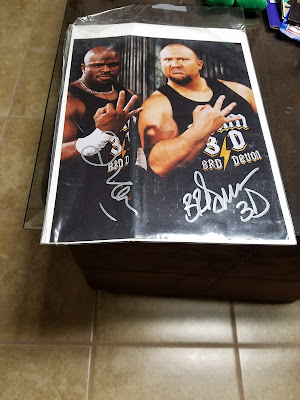 The Dudley's were super popular when I was an active viewer. So cool to have a dual auto. 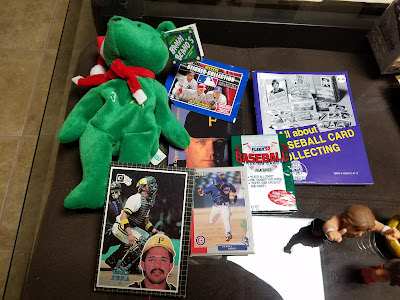 Some randomness here including an Alex Rodriguez bear. 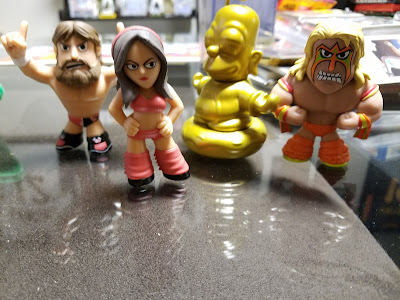 The Ultimate Warrior was an icon in the early 90's.  Is that a Buddha Homer Simpson? 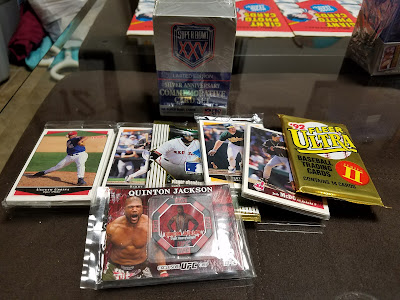 Some random team sets and a UFC chip of Quinton Jackson. I have several friends who love the UFC, but I just can't get into it. 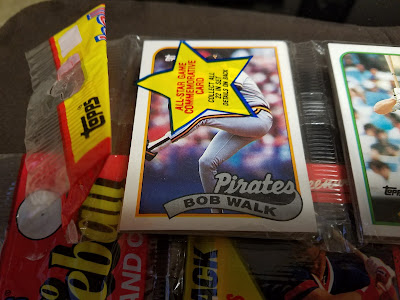 Wes sent a ton of random packs.  This one caught my eye for obvious reasons.  This is probably a BGS 10!!!! 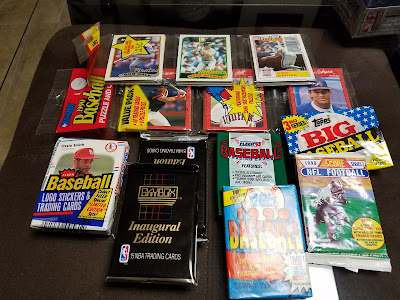 I've never really collected NBA cards other than a few random WVU players that had some releases. The big exception was this Skybox set.  I remember everyone at school having these.

Wes even kicked in some supplies.  I'm pretty sure Wes robbed a card shop. 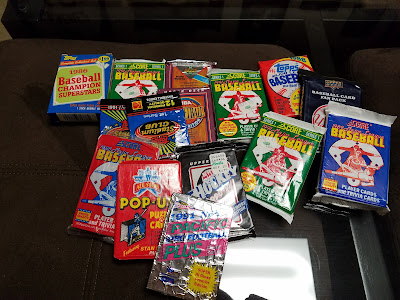 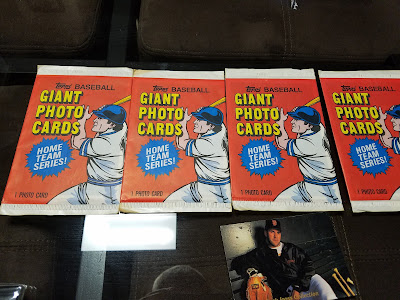 I think I've been sent about 10 of these Topps Giant cards over the years.  They make for fun pack rips. Nice card of Will the Thrill at the bottom right.

The last part of the package was a box full of cards, but I'll give them their own post in the next day or two.

Thanks Wes! I think that was the most eclectic group you've ever sent.  The Jim Ross is going in a frame this week.  Baw Gawd, stop the match!