Fellow NY Penn League enthusiast Zippy recently sent me an envelope full of Pirate/Black Bear goodness. My Black Bears were just average this year which was a pleasant surprise. I was expecting them to be god awful as they graduated about 90% of the team.  Thankfully a couple of the international guys turned out to be really good and salvaged the season.

Deep down inside I think Zippy is a closet Black Bear/Pirate fan.  Just look at this former list of Yankee catchers that would go on and play for the Pirates.

Don't fight it Kenny, I'll be happy to send you some Black Bear/Pirate swag. 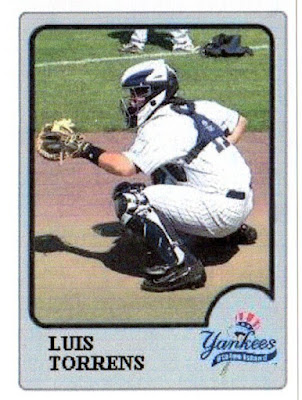 Here is a nice custom of future Pirates all star Luis Torrens. 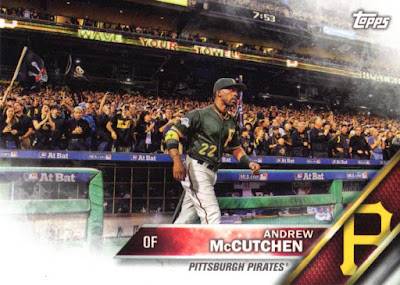 This is the New Era Cutch card. I like that we are seeing some more oddball releases like this. 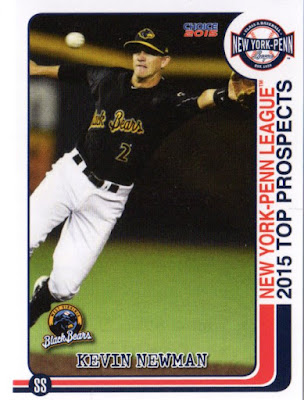 Kevin Newman is climbing the list of top Pirates prospects.  Many experts thought the Pirates were reaching when they took him in the first round, but he has been solid pretty much from the get go. He will likely be in AAA most of next year and even has an outside chance of being in Pittsburgh if he hits well.  Tip of the cap to Keith Law who was about the only big time evaluator who liked Newman. 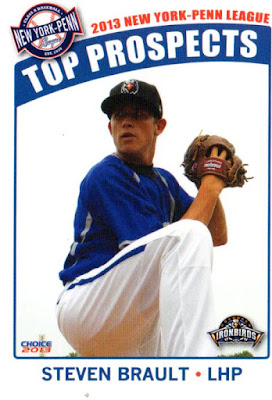 Brault got his first taste of the big leagues this year after the Pirates made a line change on their rotation after the All Star break. His command was pretty shaky, but I'm sure the Pirates will be patient. 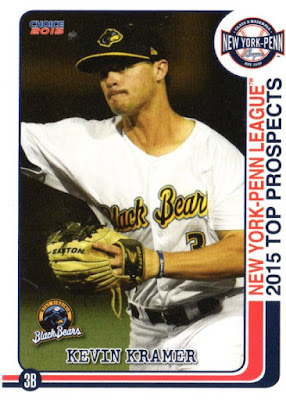 Kramer hit the ground running for the Black Bears just like Newman. 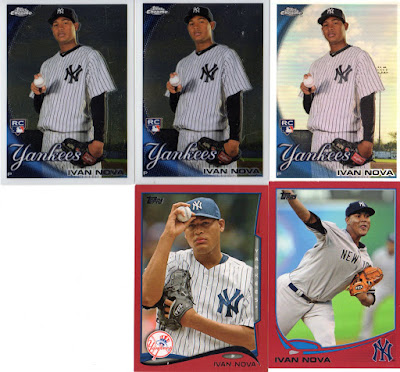 Nova was fantastic for the Pirates and will likely get paid a boat load of money in free agency. The Pirates supposedly made an offer, but the free agent class is so weak that Nova's agent said you better test the market. A lot of people like to give credit to the Pirates for turning these pitchers around, but a lot of the credit needs to go to PNC park.  You don't have to be afraid to pitch to contact because pop ups are not homers in that park. 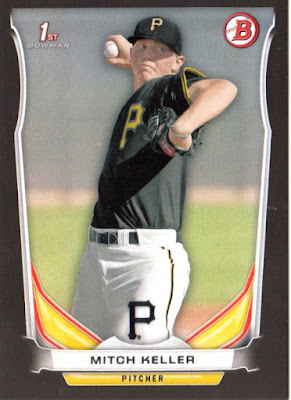 I've been trying to hoard Keller cards as he is moving up the prospects lists faster than just about anyone in baseball.  Happy to see this card in the Zippy Zapping. 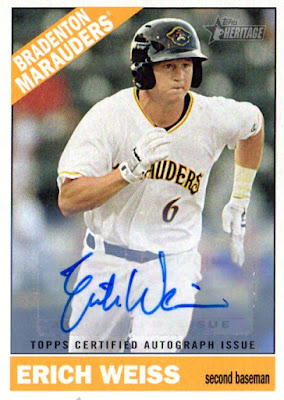 Erich Weiss was an 11th round pick out of Texas.  He doesn't have a ton of power, but the obp is high which always is a good thing in the Pirates system.  He finished the year at AA Altoona. 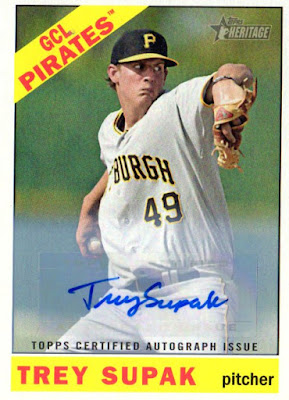 Supak was part of the swap that sent Keon Broxton to Milwaukee for Jason Rogers. The deal looks to be a good one for the Brewers as Broxton broke out for the Brewers in the second half. A lot of Pirates fans were mad at the deal, but Broxton was out of options and would have likely been lost via the Rule 5 draft. The Pirates were handcuffed. 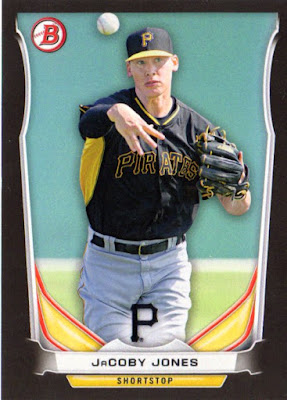 When the Pirates were making their playoff push last year they traded Jones to the Tigers for Joakim Soria. Jones was always thought of as a boom or bust prospect.  He did make a few appearances for the Tigers in September. Not sure if he will see much time next year unless the Tigers go in sell mode. 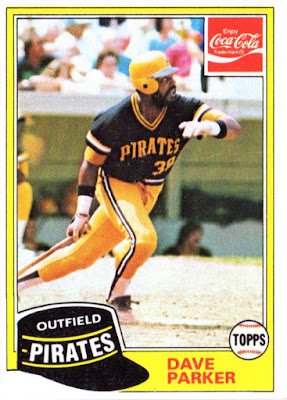 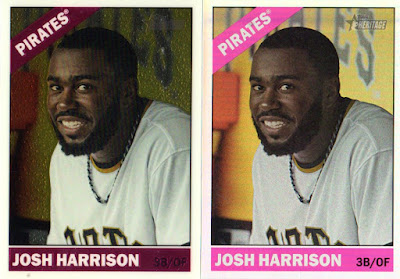 One of the funnier Pirate cards in recent memory.  Looks like an awkward high school photo. The one on the left is a refractor /999. 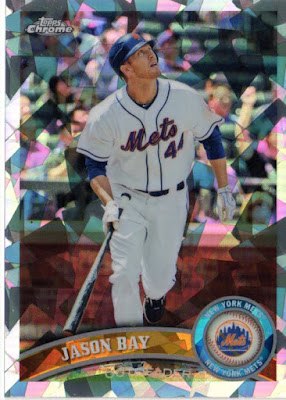 I was sad when Bay's Mets career was marred by injury.  He will forever be one of my all time favorite Pirates. He made those terrible mid 2000's teams watchable. 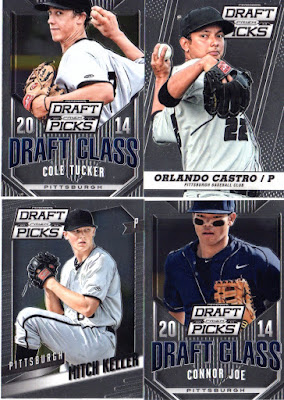 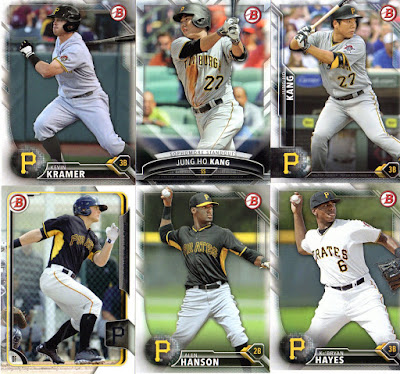 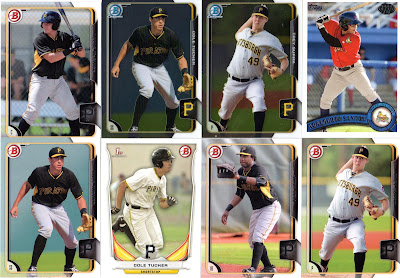 Josh Bell is going to be the starting first baseman next year in all likelihood. Nice to see these positional prospects getting a chance. 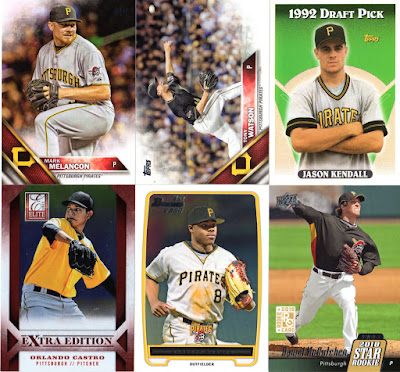 I was sad to see Melancon get traded, but it was the right move to make. 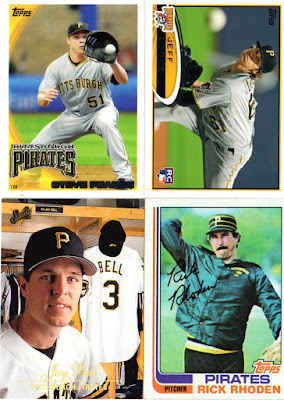 Studio was just so classy when it came out. I'm hoping the Pirates finally non tender Jeff Locke. That guy has 9 lives. Every year it looks like he is going to be out of the rotation then nine different roster moves will happen and he finds his way back in.

Thanks for all the great cards Kenny.  Let me know when you are ready for a 2015 Black Bears Championship shirt. All the cool kids have one. 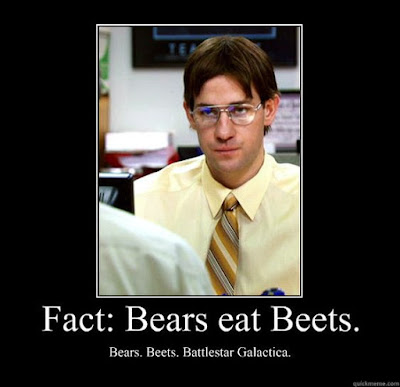 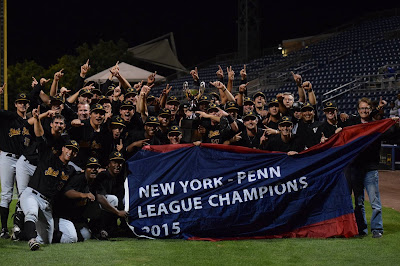 Posted by BobWalkthePlank at 2:31 PM

Email ThisBlogThis!Share to TwitterShare to FacebookShare to Pinterest
Labels: cervin' up cards, trade 2016