How about we just go ahead and start out with the main course. 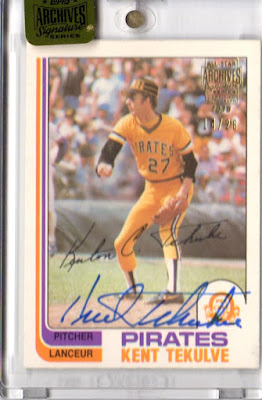 I started salivating when I heard this new Archives Signature set was going to have a whole bunch of Teke. This is about as Piratey as a Pirate autograph can get. The uniform, hat and card choice are all top notch. The card is # /26 and I want them all!

For the box break Kevin chose 2014 Bowman Chrome. I actually think this was done before Brian's break, but Kevin has this little thing called the Atlantic ocean so shipping sometimes can be a tad bit delayed and expensive. Plus I believe he was sipping wine and eating bread in Brittany for a month.  I'll assume you were a beret. 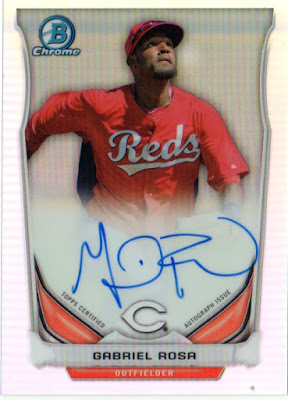 As with the majority of our breaks I usually receive NL Central teams.  The risk with Chrome is that you pull a non prospect auto.  By the time this set came out Rosa was out of organized baseball. 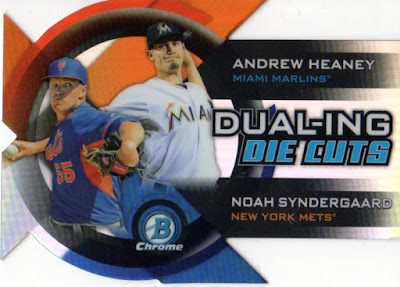 Syndergaard is a beast!

Here are the Pirate first year cards. None of these guys are in the Pirates systems any more. 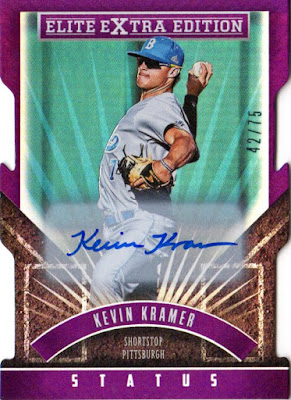 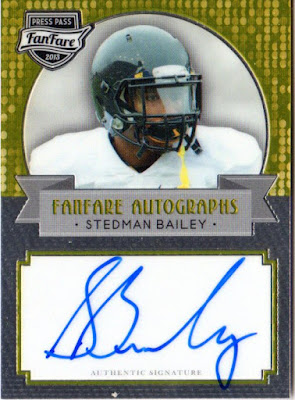 I like that the auto takes front and center here. 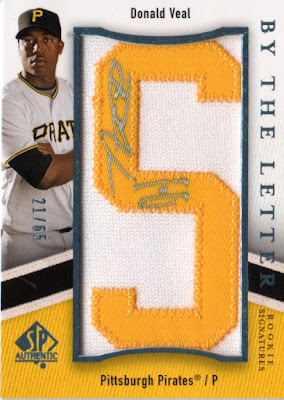 The signature is actually noticeable on this one!  Many of these faded like Sweet Spot autos. 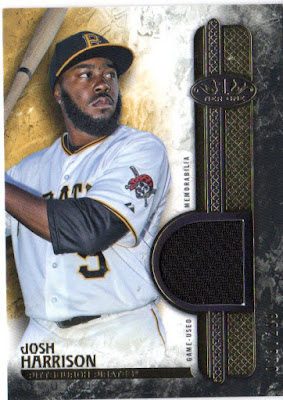 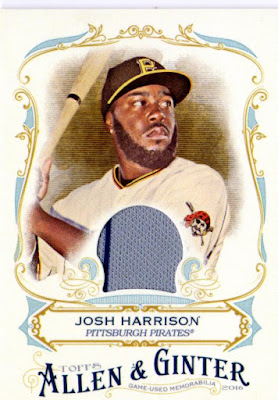 Same picture, but two cool cards.  The Ginter caught a stripe on the jersey swatch. Kevin has been a big supplier of Josh Harrison cards for me. 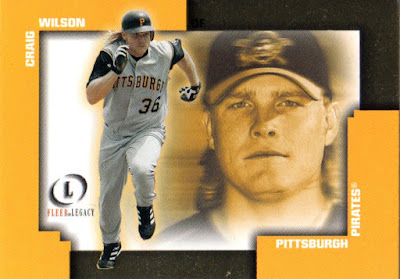 I have a weak spot for Craig Wilson.  He was one of those unsung guys that was way under appreciated. He would be a sought after commodity in the game today as he was a very high obp guy that had a ton of power.  He was also a great pinch hitter. Defensively he could play the corner outfield, first base and even catch.

This Fleer Legacy card was cool.  I don't remember this set when it came out. 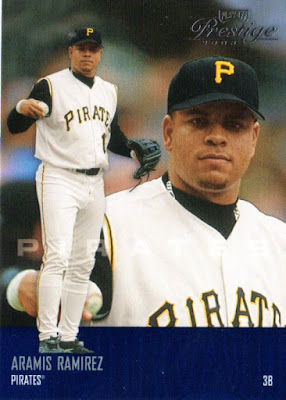 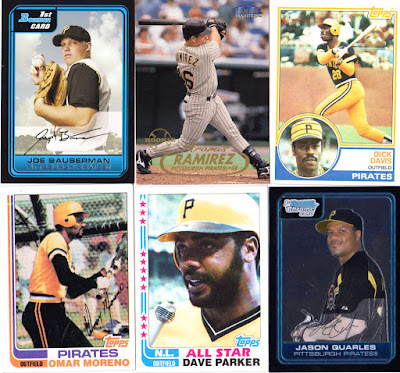 Joe Bauserman was an interesting guy. He was a decent prospect, but quit to play quarterback at Ohio State. He served as backup to Terrell Pryor and eventually got the starting job his senior year.  It didn't last long though, as Braxton Miller took over after a couple of games.

Thanks for the break and all the cool extras Kevin. That Teke is wonderful!

Posted by BobWalkthePlank at 9:10 PM