We had a short little hiatus from our box breaks, but we are back in business.  Brian decided on 2014 Pro Debut.  I was excited for this choice as the Pirates have been well represented the last few seasons.  I know I've mentioned a few times, but the 2016 version has WV Black Bears cards.  I'm just waiting for another price drop before I bust a few boxes of that myself!

Brian also included a very hefty trade in this envelope, but I'm going to dedicate a separate post as it was a very nice group of cards. 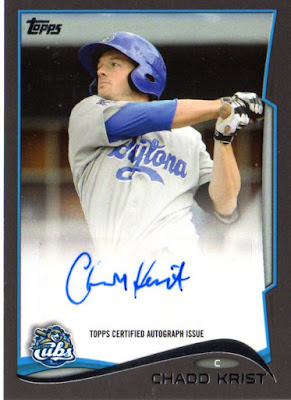 The first autograph is Chadd Krist.  From what I can see he is out of organized baseball.  When you purchase minor league sets this a common occurrence. 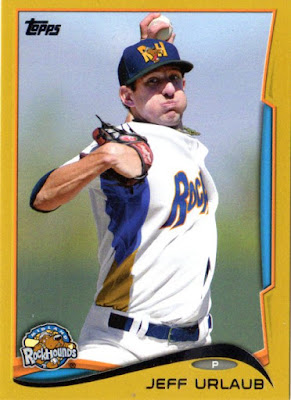 Urlaub was drafted all the way back in 2005.  He finally washed out of MILB and is now in the independent leagues. The gold parallels are # /50. 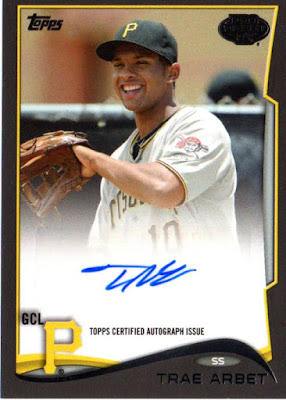 Always exciting to get a Pirate! Trae Arbet was a fifth round pick for the Buccos back in 2013. A glove first short stop, Arbet's progression will depend on the bat.  He made a couple of starts for my hometown Black Bears. The Pirates are going to need to see a lot from Arbet next year or he'll likely be out of the system.

Here are a couple young Cubs and one former Cub prospect. Let's all shed a tear for P-Town Tom. 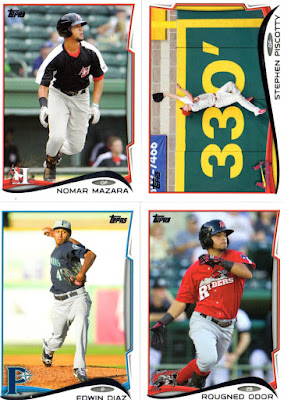 Some guys that have made a huge impact in the big leagues.  I credit Edwin Diaz for helping me secure my AL only fantasy baseball team.  I needed to improve my k's per 9, and he was about as good as you can get in that department.

If Rougned Odor ever learns to take a walk he will likely become a superstar. 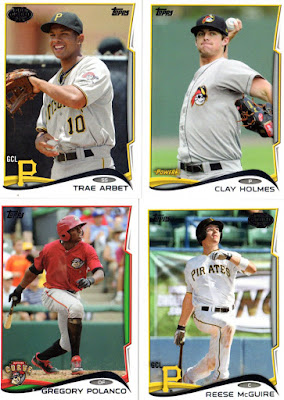 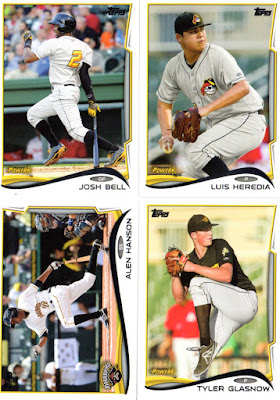 Of the Pirates shown only Reese Mcguire is no longer in the system.  He was dealt at the deadline as part of the Francisco Liriano salary dump. Bell and Glasnow look to be integral parts of the team next year. Alen Hanson will likely be a bench player on next years team.

Thanks for the break Brian! It was nice to get a couple autos out of the deal.  Next time please pull me a 1/1 Polanco.  Sound good?

Thanks for reading!
Posted by BobWalkthePlank at 6:54 PM