How about those baseball games yesterday! I'm sure my Cubs friends are flying the W high while my Dodger pals are a little in the dumps.  The good thing is they play tonight so that Montero homerun could be a distant memory with Kershaw on the mound.  On a side note I wish anyone but Montero would have hit that homerun.  He is not one of my favorites.

Speaking of the Cubs, I have a new trade partner that happens to be a Cubs collector!   Reader Chris messaged me a few weeks back saying he had a good bit of Buccos from 2000-2011. I'm always excited when I can add cards from this time period because even with actively collecting during this time, so many sets existed that you you can never be caught up.

The cards Chris sent turned out to be a nice snapshot of what it felt like to collect Buccos during this time.  Plenty of rookies that were hyped that never panned out and one guy that pretty was it for the Buccos in the mid 2000's. 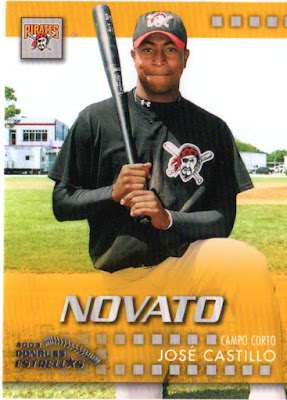 Spanish Donruss! Jose Castillo was quite the tease during his Pirates tenure.  The bat just was never consistent enough. I think this might be my new favorite Castillo in my collection.

I've received some of these Fleer minis in trade over the years, but I can't remember for the life of me seeing these in the stores. Also, Jason Bay will become a common theme as we move on. 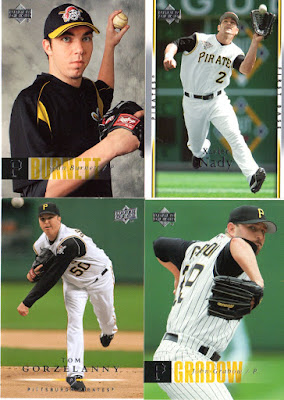 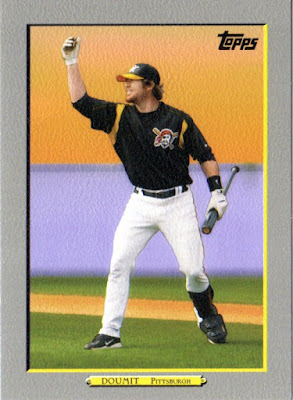 I'm not quite sure what Ryan Doumit is doing here.

Fangraphs did a write up on the worst defensive catchers of all time last year and Doumit was pretty much a clear cut winner. He was considered one of the worst pitch framers all time and was extremely slow to make his throws to second. He managed to stay in the league because he had some pop in his bat, but his career ended rather abruptly as his defense destroyed his value. 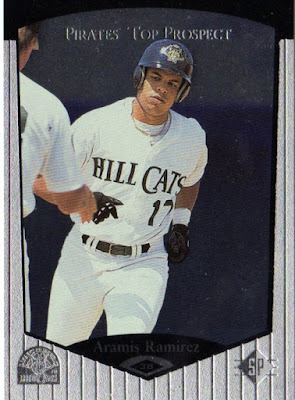 This was one of my favorite cards in the mix.  Love any Aramis Ramirez Pirates oriented cards and extra bonus that he is featured in the Lynchburg Hill Cats uniform. 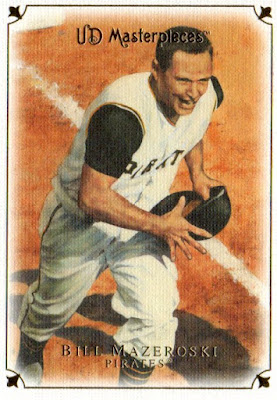 One of the better sets ever. 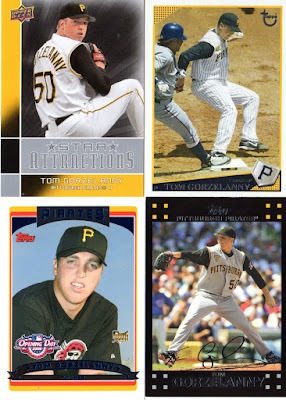 Some horizonal card love. SPx looks like it should be out of the 90's, but that was a mid 2000's release. 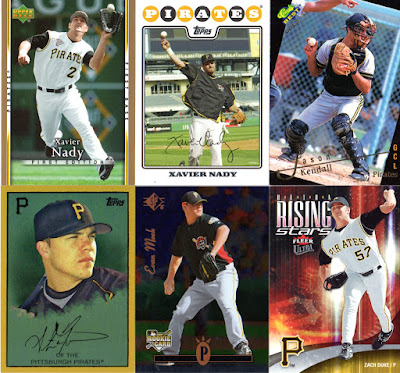 Some more cards that I found interesting. The Zach Duke Rising Stars card is probably my favorite.

I warned you that you would see plenty of Jason Bay.  That is why I considered this group of cards a great summary of the time period. Lots of interesting rookies, but Jason Bay is the main event. If it wasn't for Bay the Pirates wouldn't have had anybody worth collecting during the mid 2000's.  Thankfully card companies went to town with the former Pirates outfielder and released a ton of cards. To this day I'm still finding cards I had no idea existed.

Chris really hooked me up. 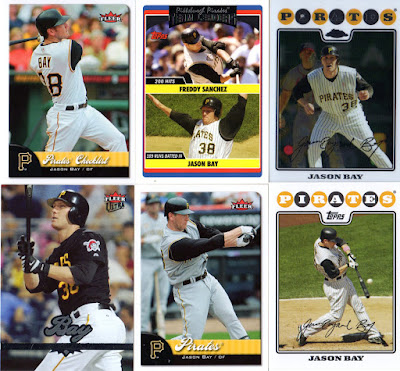 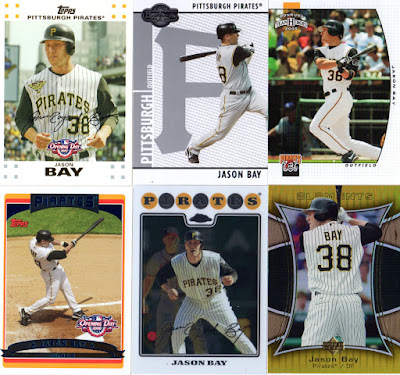 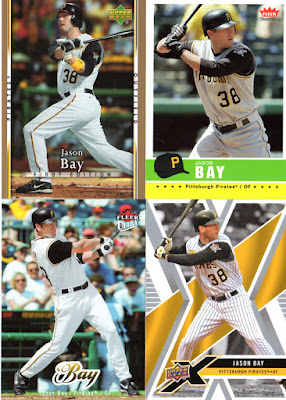 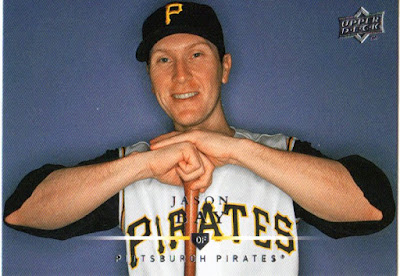 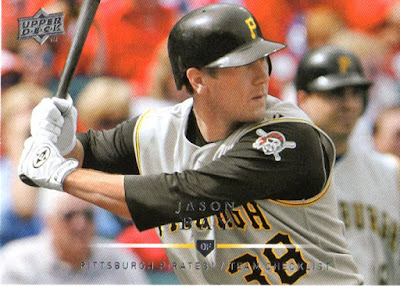 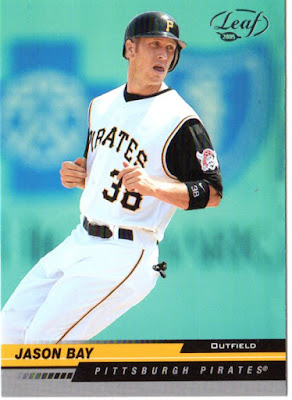 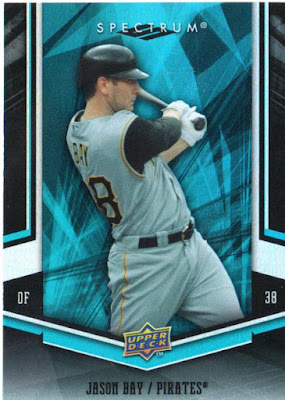 It is always fun to see sets like Leaf and UD Spectrum.  So much variety!

Thanks so much Chris for sending these my way.  It was a nice trip down memory lane.  Good luck to your Cubs tonight.