A few months back I noticed that Gavin had the 2011 Update Mike Trout on his "Wishful Thinking" want list. I shot him an email and told him that I had that card and would be happy to send it his way.  The funny thing  was I ended up trolling Gavin without even knowing it at first. When putting the package together I accidentally sent him the reprint version.  I noticed the mistake before he even got my package so I was able to warn him before the package was opened.  In hindsight it would have been a funny joke if I hadn't told him.

It took me a while to actually get the "real" Trout to Gavin as the holidays came and then I was on the road a bunch. Finally this past week Gavin received a card that I had promised three months early. Sorry for making you wait for so long....

Gavin being the cool dude that he is was immediately ready to fire a return shot back my way. Last week a bubble mailer arrived with some heavy hitters. 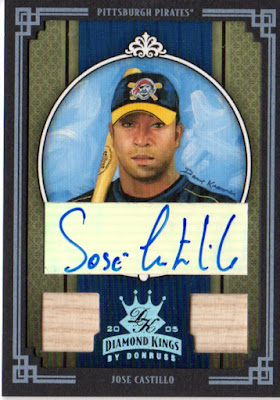 Diamond Kings was one of my all time favorite releases because it was full of Pirates. This card is extra special too...... 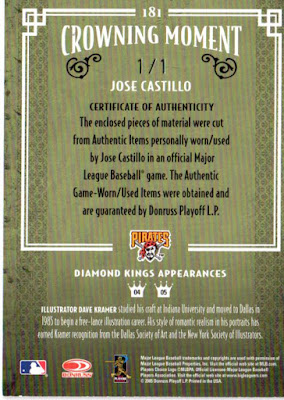 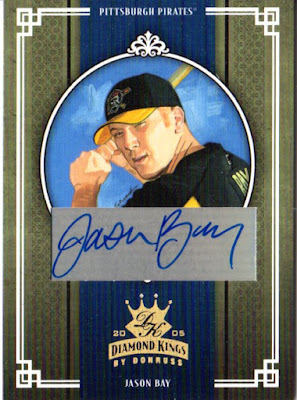 One of these years I need to really examine my Jason Bay collection.  I don't really super collect, but for the longest time he was one of the few guys worth buying on the active roster. I accumulated a ton of his cards.  Love getting Bay autos in trades! 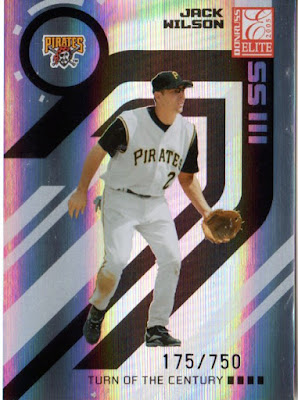 Jack was a Pirate forever. He took over the shortstop gig right around the time PNC Park opened and kept until 2009. He was a pretty steady hand for all those years, but didn't get a lot of love via cardboard. Only a few autos and relics exist so a lot of times I was chasing parallels. 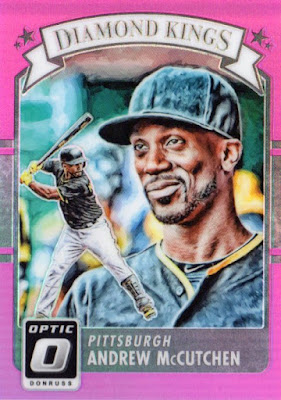 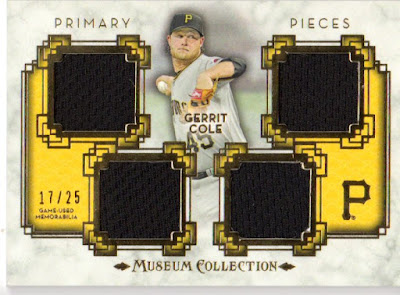 This is a cool card of the Pirate ace. Hoping for the 2015 version of Cole this year as the injury bug hit pretty hard last year. 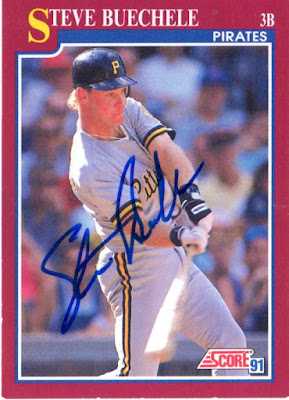 Buechele played in the big leagues forever.  He long stints with the Rangers and Cubs. Super cool to have an auto in the Bucco uniform. 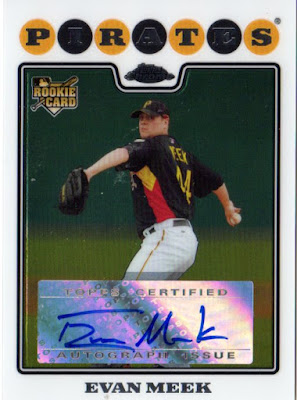 Did you know Evan Meek was an All Star for the Pirates? It was not fun being a Pirates fan at that time. 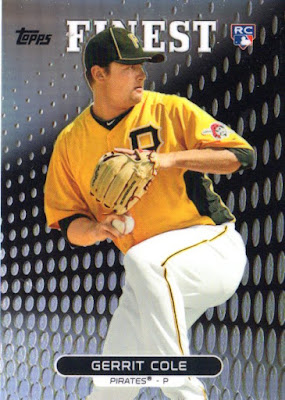 A nice higher end rookie of the Cole Train. 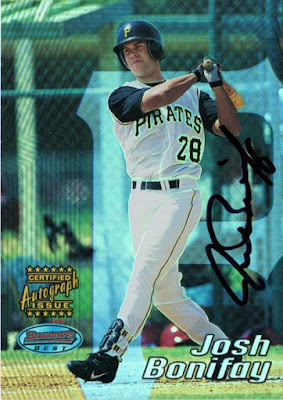 Josh's dad was the former GM of the Pirates....nepotism ??? 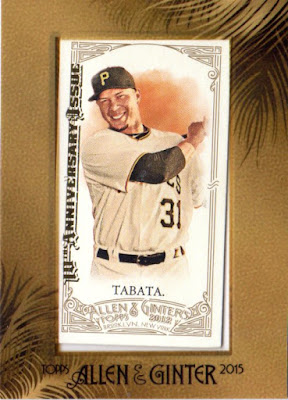 I think this is one of my first 10th anniversary Ginter cards. 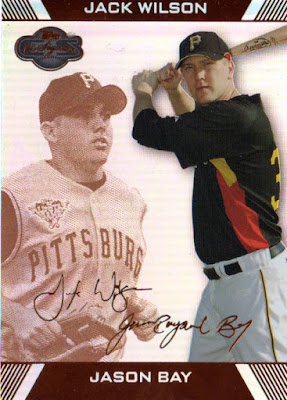 Two of my all time faves on one card.  This parallel out of CoSigners is /50. 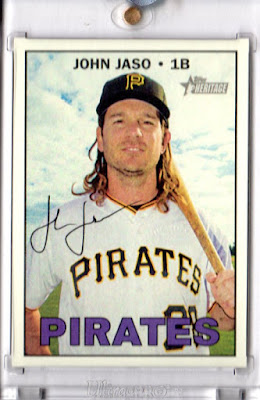 Here is the main event! A lot of people don't like these blank back cards as some people feel like they are a money grab by Topps. For me they are super cool finds for more obscure Pirates. John Jaso fits that bill perfectly. I love getting rare cards of Pirates that are short stay or role players. This is by far the coolest Jaso in my collection.  Extra bonus for Jaso actually looking like a real Pirates.

Thanks for all the great cards Gavin!
Posted by BobWalkthePlank at 3:41 PM