So much happening at BWTP headquarters, so little time to enjoy it. I have had one of my better weeks accumulating trade bait since I've started my blog.  That is why I love holding contests. It gets me motivated to send out cards to people. I also finally hit send on a large COMC and Just Commons order.  Hopefully a bunch of trades and my contest packages get out the door this weekend! 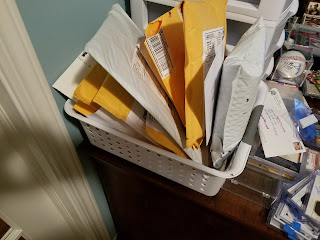 Along with all this trade bait has been a nice run of incoming trade packages. Zippy, Ptown Tom, Rob and Kin your packages have arrived safe and sound.

Here is a quick preview of something unique that I've been working on with a few other bloggers. 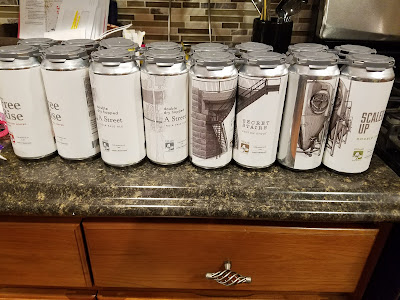 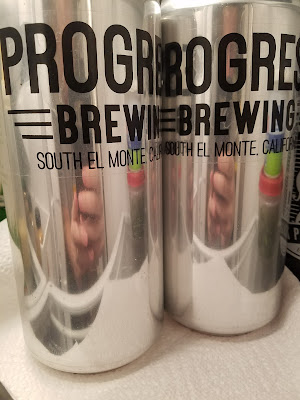 These aren't just any beers, they are BEER TRADES!!!!!  I'll go in more detail after I actually consume these, but a couple of my craft drinking pals offered to send some local beer my way. They arrived today in great shape! I'll be sending a well curated list to each very soon.  Review posts in the coming weeks! 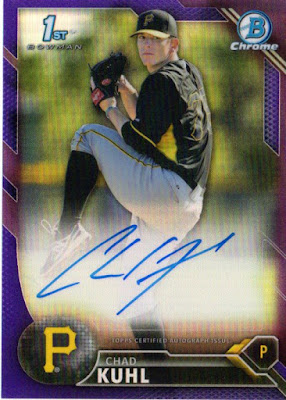 Kuhl flew under the radar in the Pirates system, but he was successful at every level he pitched. He was drafted in the 9th round so he is just now starting to receive some cardboard love. His Bowman Chrome rookie comes after he already made his MLB debut last season.

Kuhl looks to have the inside track for a rotation spot. Only Cole, Nova and Taillon are guarantees so as it stands he looks to be the next guy in line.  Easy to root for guys that didn't start out with major prospect pedigree.

This auto set me back just under $10 which I thought was reasonable for a color parallel out of Chrome.

Thanks for reading!
Posted by BobWalkthePlank at 8:25 PM