Kin from "I Feel Like A Collector Again" hit me with another bubble mailer this past week. I've been working on a return package, but now feel like I need to find a few more things for him.  Don't worry Kin, I'll hit you back soon enough.  I already have all your missing cards from your 86 Topps set.  So that is at least finished! I might have to go Andrew Shaw shopping or something....

Now for the cards Kin hit me with. 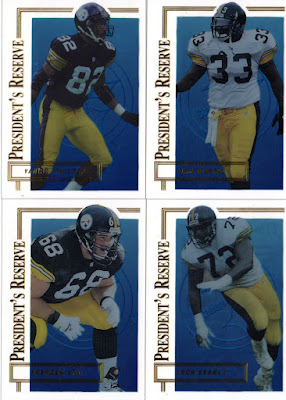 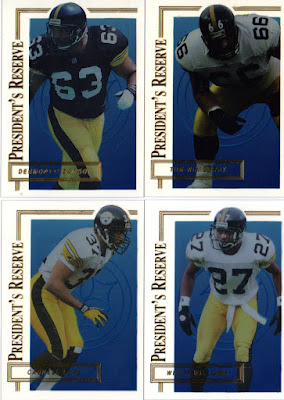 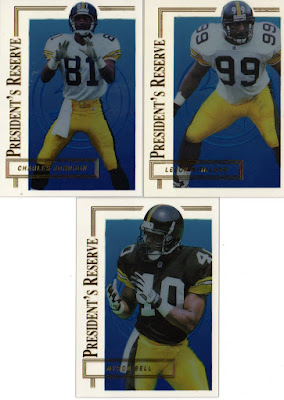 1996 Collectors Edge President's Reserve is a fancy looking set.  All the base cards are numbered to 20k and have an acetate look.  Fun to see some of the mid 90's names from the Steelers like Bam Morris and Levon Kirkland.  These were a cool surprise Kin, thanks for sending them my way. 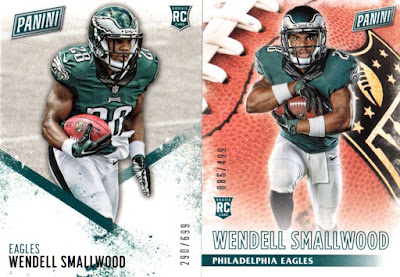 A lot of Mountaineer fans were upset when Wendell Smallwood decided to leave school early for the draft. It probably was for the best as his skill set would have never warranted a top round draft choice. He ended up getting drafted by the Eagles and saw a fair amount of playing time and helped return kicks. 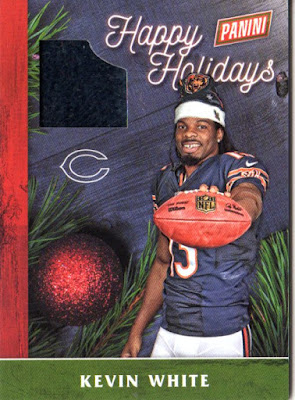 Kevin White was a beast in college, but just can't stay healthy in the pros.  He has already lost the majority of his first two seasons.

This cool relic is from the Panini Black Friday promotions. 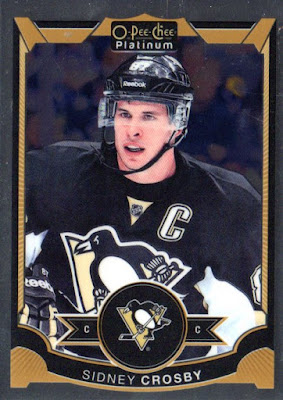 Crosby is having his best goal scoring season of his career.  The overall points battle should be fun to watch as Crosby fights with Connor McDavid.

Thanks so much for the cards Kin.  These were a nice surprise. So cool seeing that old Collectors Edge acetate set.  It had been a while.


Posted by BobWalkthePlank at 4:09 PM