My good pal Kenny (aka Zippy) and I make for good trade partners.  We both love the NY Penn League and he super collects future Pirate catchers! Recently Kenny made a few tweaks to his collection and now is really focusing on the Chunichi Dragons. Feed him all the Matt Stairs cards you can find.

Zippy is well known for his "Zippy Zappings" (trademark pending).  I've been fortunate enough over the years to receive so many great cards from Kenny. According to my records I believe we have reached double digit Zaps.  Check out this most recent addition. 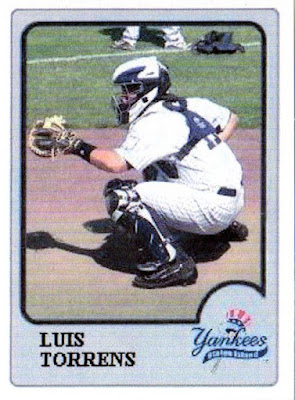 I'm sure it was bittersweet when the Padres selected Luis Torrens in the Rule 5 Draft. On one hand he leaves the Yankee organization, but on the other he will be given every opportunity to succeed on a rebuilding Padres team. 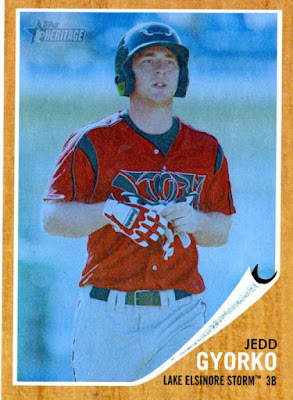 Jedd Gyorko has been one of the most successful WVU baseball players in the teams history.  He was an absolute beast here.  It is nice to see him carve out a nice MLB career too.  He had a nice season with the Cardinals last year and looks to be the teams starting second baseman this year. 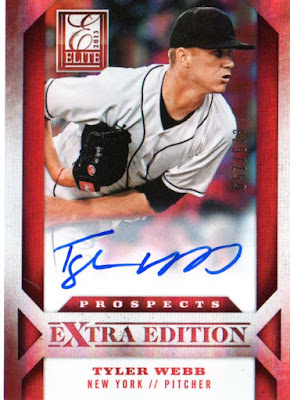 Tyler Webb was a long time Yankee farmhand that was just recently claimed by the Bucs. 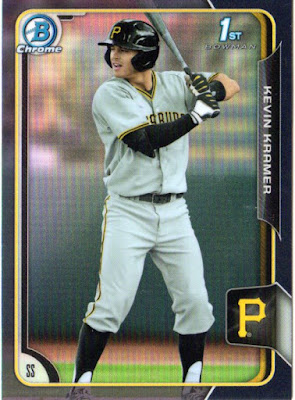 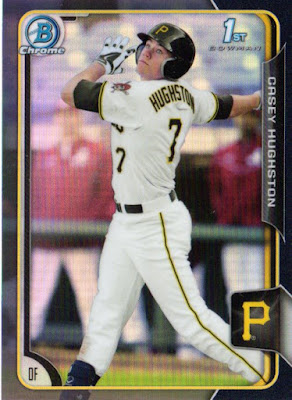 I've seen Casey play several times.  Tons of power, but no patience.  Hopefully he can improve his approach as the Pirates were very high on him when they drafted him in the 3rd round. 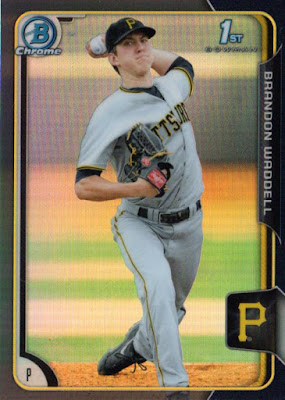 Waddell stock is on the rise after a nice breakout year last year. 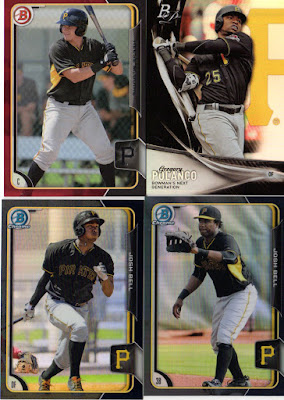 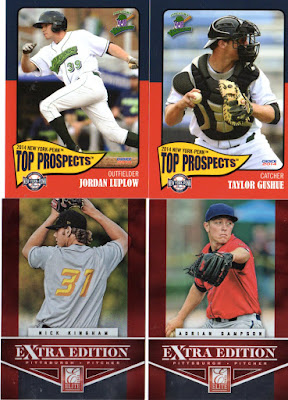 Kingham is kind of the forgotten man in the Pirates rotation plans. Before his arm injury he was projected to be in the Bucco rotation.  Interesting to see if he can still make it to Pittsburgh. 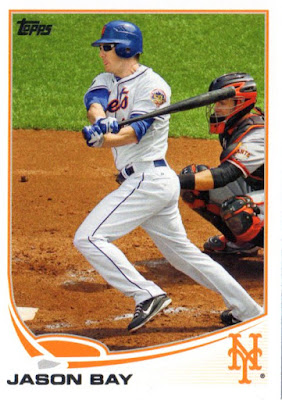 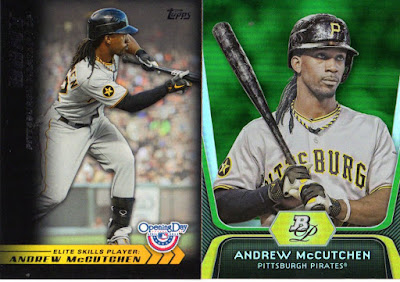 Cutch wrote a nice piece earlier in the week discussing his bad season and his switch to right field. He was very candid and honest about the whole process.

Love the rare bunt pic of Cutch on the Opening Day card.

Rounding things out are some cool shots of 3 former Buccos.  Happy that Steve Pearce carved out a career. He was a minor league stud for the Buccos and had every opportunity to be the everyday first baseman.  Each time he received a chance he would get injured.  So much so that the Pirates cut him loose.

Thanks for all the great cards Zippy.  Look forward to hitting you back soon!
Posted by BobWalkthePlank at 12:07 PM

Email ThisBlogThis!Share to TwitterShare to FacebookShare to Pinterest
Labels: cervin' up cards, trade 2017