Rob With the Assist

A couple weeks back Rob who runs the Collecting 1982 Topps blog shot me a message on Twitter that he had some extra 2017 Series 1 Pirates.  In case you don't know Rob, he is a big Baltimore Orioles fan. Follow his blog and start trading with him!

The weirdest aspect of 2017 Topps in terms of Buccos is that Cutch wasn't in the base set. Of course in today's collecting environment that doesn't really mean much because he is represented in several other inserts within the set. Rob was nice enough to send me the 87!!! 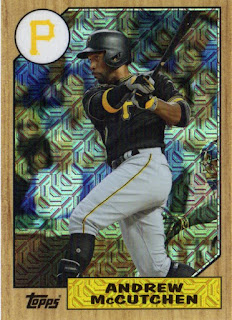 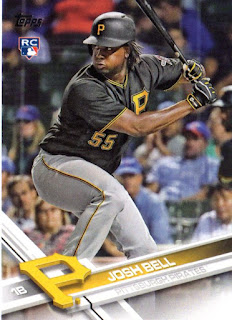 Series one featured two rookie releases in Josh Bell and Tyler Glasnow. Bell is expected to be the everyday first baseman.  The biggest worry with Bell is his defense as he looked very shaky. If he can hold his own the sky is the limit as his hit tool is very advanced. 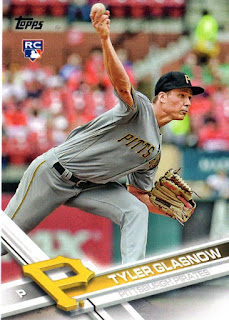 With the injury to Alex Reyes of the Cardinals you can make the argument that Glasnow is the best MLB ready pitching prospect.  With that being said he is far from a sure thing.  Command is a big issue with Glasnow and will likely be what stands between him being a top flight starter or a power reliever. The Buccos will give him every opportunity to reach his ceiling. 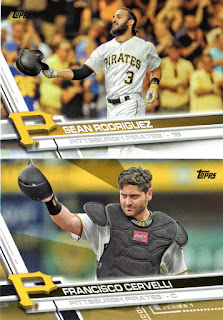 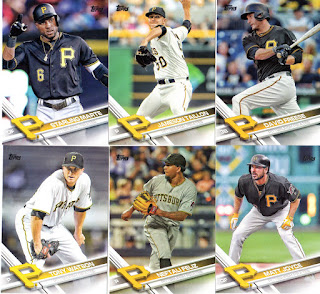 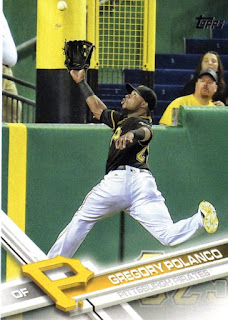 My favorite Bucco card from Series One. Definitely a unique shot of Polanco.

Thanks for hooking me up with some great cards Rob.  I'll be sure to hit you back soon with some Orioles.

Thanks for reading! .
Posted by BobWalkthePlank at 8:52 PM