Yesterday I showcased my portion of two different box breaks from Kevin.  Let's get to all the fun extras he sent. 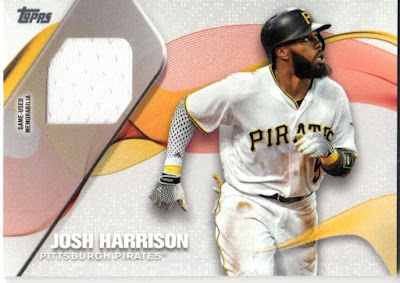 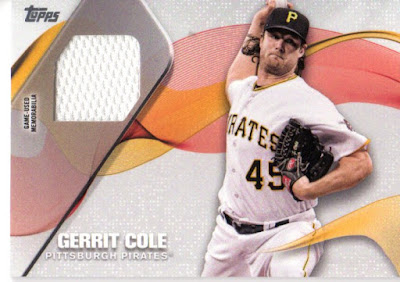 I was surprised how thick these relics were.  The picture doesn't really show, but I'm guessing it would take at least 100pt top loader to house one of these bad boys.

While I'm more of a Cole fan than Harrison, it is nice to add a relic of the versatile Bucco. It had been quite sometime since I've added one. 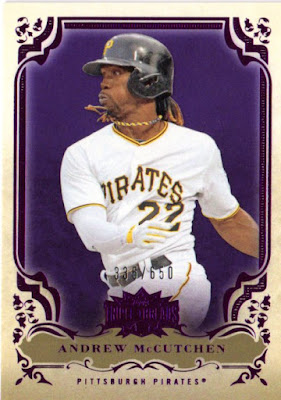 High end base parallels are hard to come by.  Not many in our community bust products like this so they are rarely shared. Pretty pumped to see this purple Cutch. 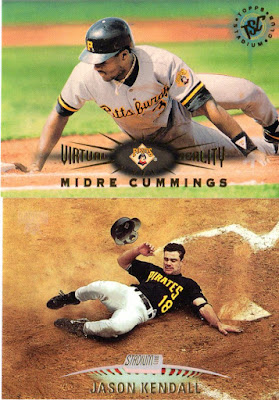 While the Cummings card is pretty cool that Kendall is on a whole different level.  For about a five year stretch I would put Kendall cards up against anyone in the late 90's early 2000's for shear coolness. 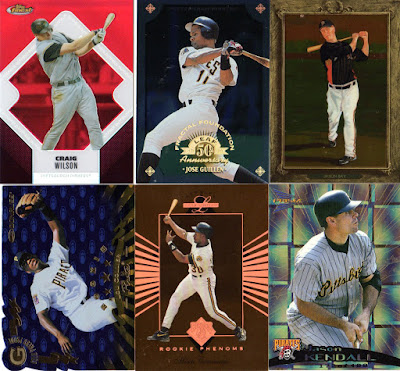 Some various numbered goodness. While Bay is my boy, the Kendall Prizm card is my favorite of this bunch. 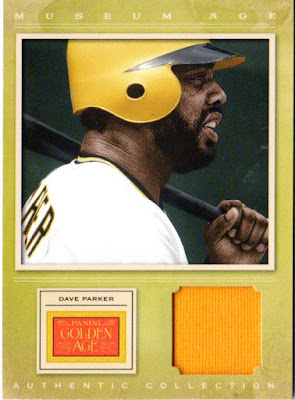 Nice bright jersey swatch of the Cobra. Golden Age was a great set. 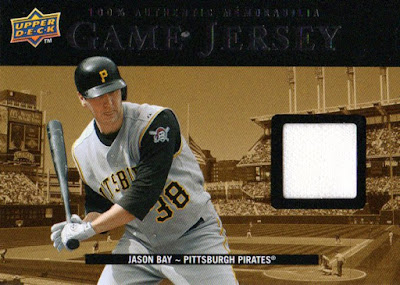 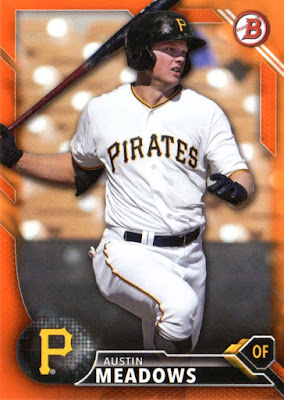 This was a really nice surprise.  This is a numbered to /25 Bowman parallel of Pirate top prospect Austin Meadows. Good chance the Buccos will call up Meadows at some point in the summer.

Thanks so much for the cards Kevin. Your continued generosity ceases to amaze me.  Now I need to go find some cool Blue Jays....

Thanks for reading.
Posted by BobWalkthePlank at 3:11 PM

Email ThisBlogThis!Share to TwitterShare to FacebookShare to Pinterest
Labels: the card papoy, trade 2017