Brian's choice for our collaboration box break this time around was 2006 Heritage  I was excited for this one as the Pirates had a lot of obscure players in this set. Some big hits were also possible, but we struck out in terms of high end cards.  That was ok though, as plenty cool cards were still had. 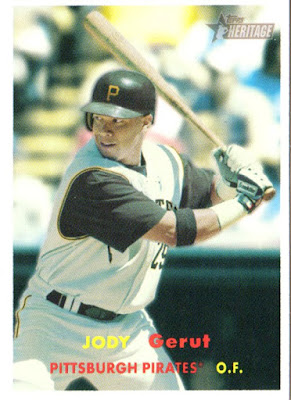 Do you remember Jody Gerut as a Pirate?  He played 4 games! 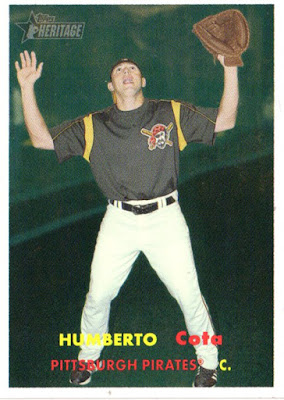 Humberto Cota served as a backup catcher for the Bucco's in the mid 2000's.  I remember actually seeing one of his career 12 homeruns in person.

This was my favorite card of the bunch. 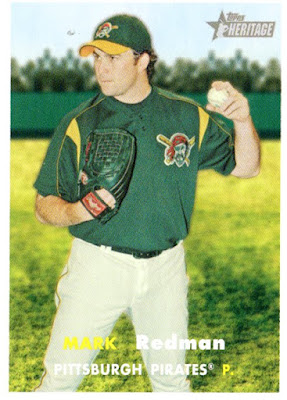 Mark Redman had a 10 year career, but played on 8 teams. Another fun fact is that he was once an All Star when he played for the Royals.  I didn't remember that.  Those mid 2000's Royals teams were just as bad as the Pirates. 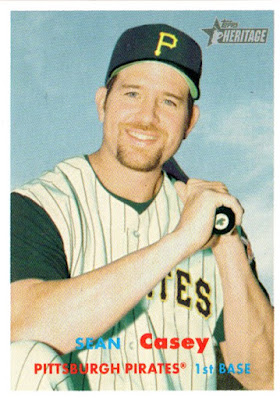 Sean Casey is from the Pittsburgh area.  He only played half a season for the Buccos as he was dealt to the Tigers. 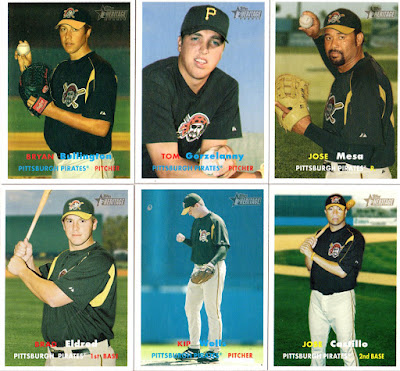 Brad Eldred had Aaron Judge power, but the plate discipline of my toddler.

Here are three numbered cards that Brian pulled from me. Brian Roberts is probably the most well known of the bunch as he played at an All Star level in the mid 2000's. 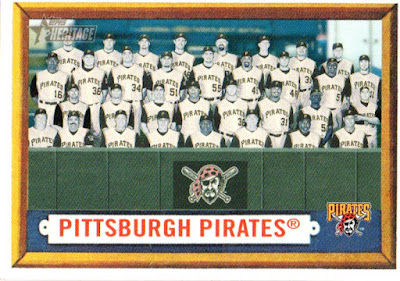 Hello, Do you know us? We are a Major League baseball team.


Thanks for the break Brian. While it was tough to watch this team back in 2006 as a collector you grow fond of the obscure and short stay players.  Seeing a Jody Gerut and Sean Casey Pirates card always brings a smile to my face.

The trade portion of this break was amazing.  I'll be showing those in the coming days.