Couple nice trade packages have arrived in the last week!

Greg from Night Owl Cards took time away from celebrating Cody Bellinger homeruns to sneak a few Buccos in my mailbox. He apologized for not having any Bob Walk's but he still sent some very nice cards.  I'll let it slide this one time....  I'll go ahead and apologize in advance for not sending any Bellinger autos your way. The way he is going if I ever have one of those I'll send my kid to Harvard when I sell it. 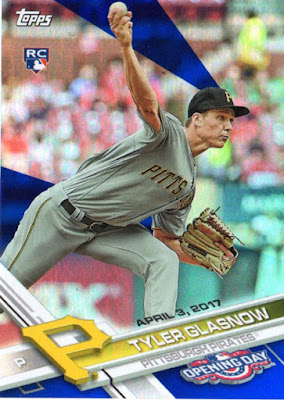 A nice shiny Opening Day Glasnow rookie to start things off.  I haven't opened any OD in a few years because I just got tired of it. With that being said I cherry picked a Josh Bell rookie online a while back and this Glasnow goes well with that pickup since they are the two big Bucco rookies.

Glasnow was recently just sent down. The guy just can't seem to master any resemblance of command of the strike zone. Hopefully he can figure things out because the Pirates really need him to be a front line starter. 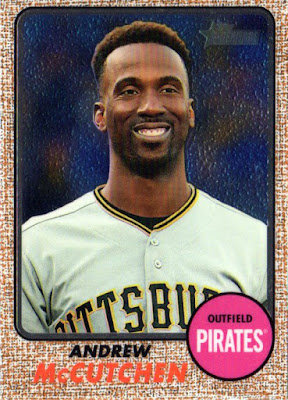 Shiny Heritage! This is a refractor /999 that features a very happy Cutch. Thank the good lord he is playing like his old self the last month.  Watching Cutch struggle for the better part of a whole season made me a sad Pirates fan. 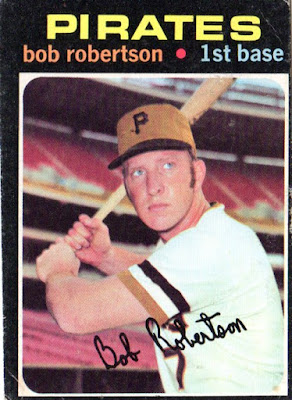 I'm very familiar with Bob Robertson as he lives in Lavale Maryland which is only about an hour from Morgantown. He would sign at a lot of local events back when I was in high school and college.

While I like a good celebration card this Ralph Kiner is the winner of the Bunt bunch.

The Pirates predictably have had a hard time feeling Starling Marte's shoes while he serves his suspension. The use of fringe rookies and infielders playing out of position has cost the Pirates several games already. The weird thing is the Central has been a dumpster fire and the Pirates are only 4 games out.  Marte is due back in a month so if they can keep their heads above water until the All Star break maybe they will have an outside chance.  I'm not holding my breath...

I hope the Pirates hold off on trading Cole this year....


Thanks for the surprise mail day Greg!
Posted by BobWalkthePlank at 11:38 PM