It is not fun watching several of your favorite players struggle.  I've touched on McCutchen's struggles a ton, but another Pirate has been a shell of his former self. 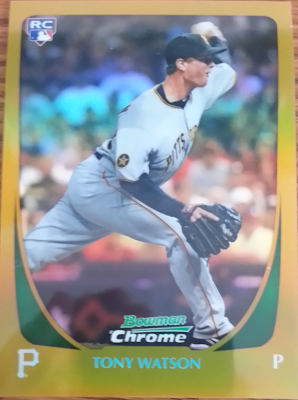 Tony Watson was probably the best reliever in baseball you never head of because up until the trade deadline last year he had never closed games. If you ever watch those MLB Network shows where they rate the top 10 at each position, Watson would show up every year for relief pitchers.

Late last year he started to show some cracks in the armor. While he still never gave up a ton of hard contact, balls were still going into play a ton which lead to some rough outings.  This year has been more of the same, but with the added addition of becoming more susceptible to the long ball. He blew his 4th save tonight.

I'm one that hates defined roles for pitchers. Several people are calling for Watson to move out of the 9th inning role.  To me that thought process never makes any sense. Let's move a guy that is struggling to the 7th inning and he can give up homeruns there.  It is all about high leverage situations. Watson just needs to pitch in some games where the score is already out of hand. The inning doesn't matter. Just as the Pirates moved Cutch down in the order, Watson can pitch in mop up duty for a while.

It is fun to vent via showing off a baseball card.....

Posted by BobWalkthePlank at 11:59 PM