A Certain amount of care and responsibility has a way to trickle down even to fun hobbies like card collecting.  I've been mentioning in my posts a lot lately that I've started a major reorganization.  I use the word reorganization loosely as I barely had an organization system to begin with. While I wish I had taken the bull by the horns early on, it really does no good to dwell.  It's actually been fun going through some old boxes, many of which have unearthed some hidden treasures.

My first project has been my WVU collection.  I'm going to binder route here as it is still at a somewhat manageable size.  I've been collecting a few players long enough that they can have their own individual binder (Geno Smith, Tavon Austin, Pat White, Steve Slaton) while the others can be organized alphabetically.  Having the cards organized is this way will then allow me to tackle some type of online database if I choose later on.  It has been extremely satisfying to see the plan coming together. 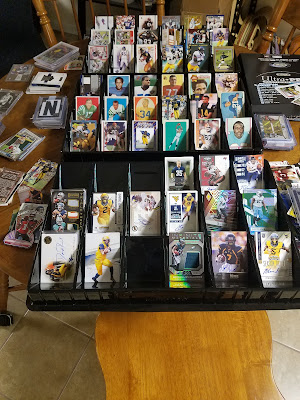 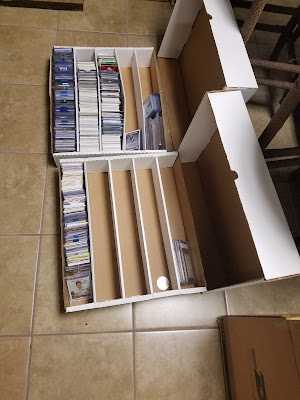 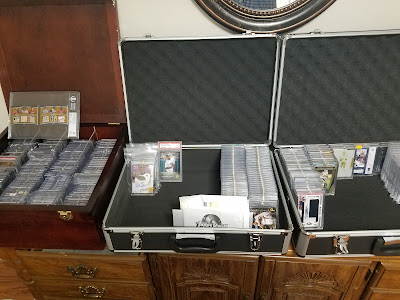 The elephant in the room is the Pirates collection.  While I look forward to tackling that project in the near future I really have no plan of attack yet.  The player pool is so small for the WVU collection it allows for some intricate detail.  As I sort through WVU stuff I've at least been putting certain types of Pirates cards together (relics, rookies, autos etc).  Not sure if this will help but it will at least be a start.

Like most projects the hard part is getting started.  Now I enjoy the time I can spend on the project.  I went in with the idea that I would spend 30 minutes a day.  Obviously travel and work schedule can screw with that, but averaged out that is probably close to what I'm doing.

Thanks for reading.  Some of you have already shared with me your organization style, but if you haven't I would love to hear.  I'm especially interested in those that have major team collections that encompass lots of base, autos and relics.

Email ThisBlogThis!Share to TwitterShare to FacebookShare to Pinterest
Labels: organizing