Recently Chris from Nachos Grande hosted a group break featuring some Stadium Club and High Tek as the main event. After cleaning up in Chris's earlier break of TSC I figured I would give it a whirl again. I was especially interested in High Tek and was hoping that luck would be on my side once again.

Unfortunately the group break gods felt I did too well in the earlier break so they evened the score and shut me out of anything major. This is the chance you take. While this normally would mean I would just walk away with some base, Chris upped the ante with this break.  He guaranteed that everybody would walk away with a hit and a significant pile of cards from your chosen team.  It was impossible to lose with this break!

Here is a sample of what Chris sent. The overall package was overwhelming. It had 6 team bags full of Pirates. You are more than generous my friend. 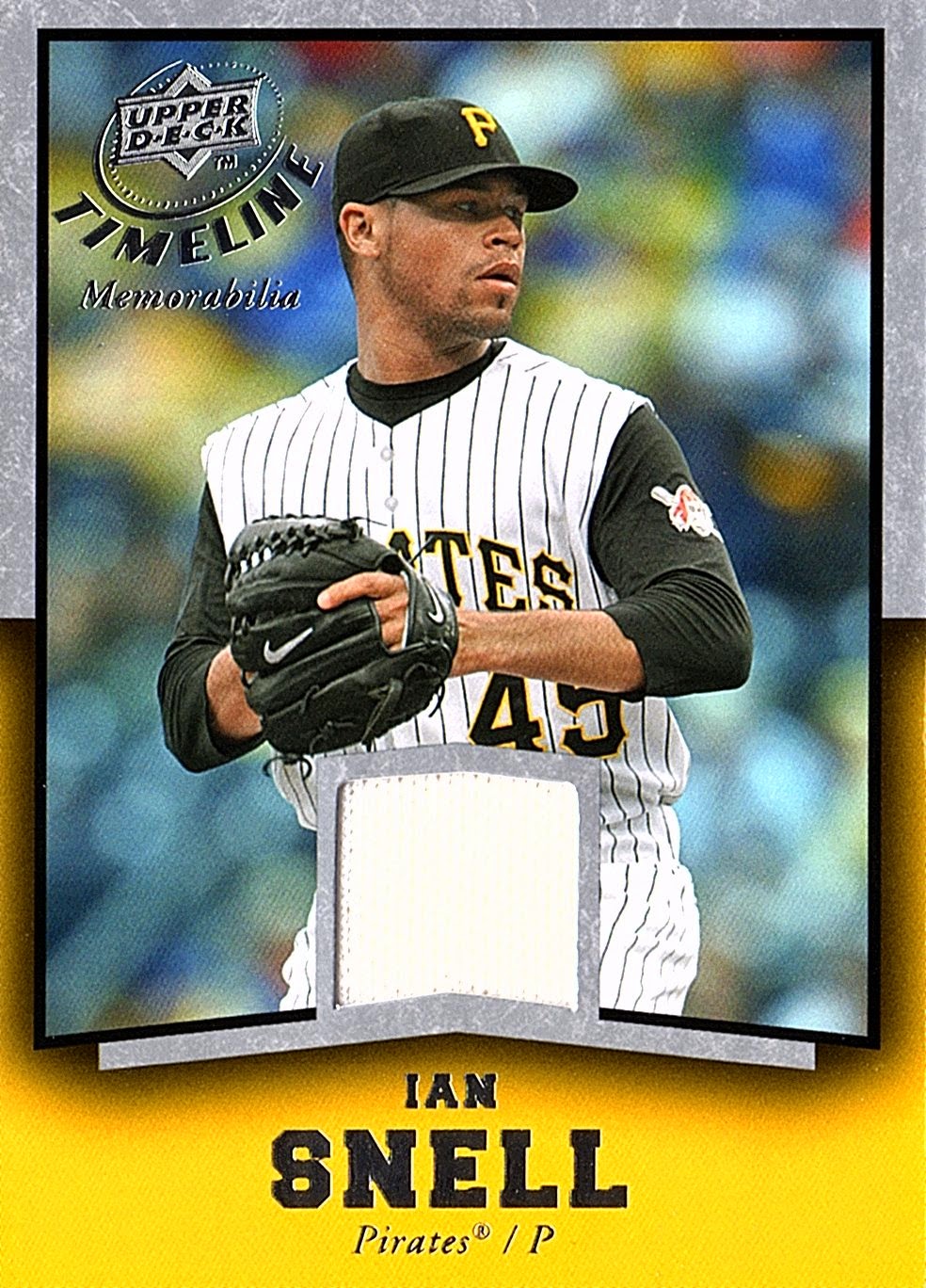 My guaranteed hit was an Ian Snell relic that I actually didn't have. So this was pretty cool.

At one point it looked like Snell was going to be a quality pitcher, but command and maturity brought his career to an end early. 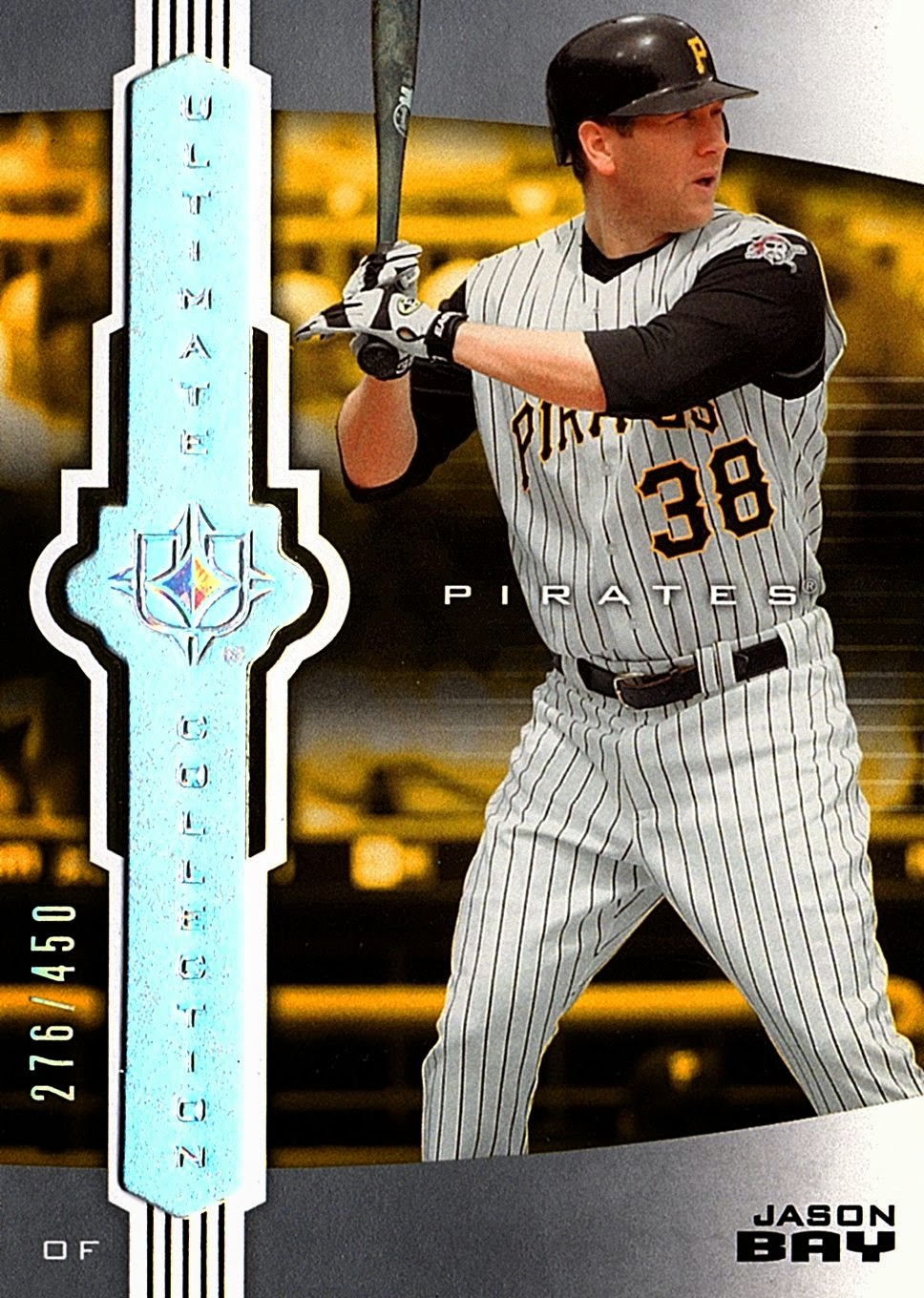 A nice Bay from a very high end set. Bay is one of my favorites so this was a nice addition. 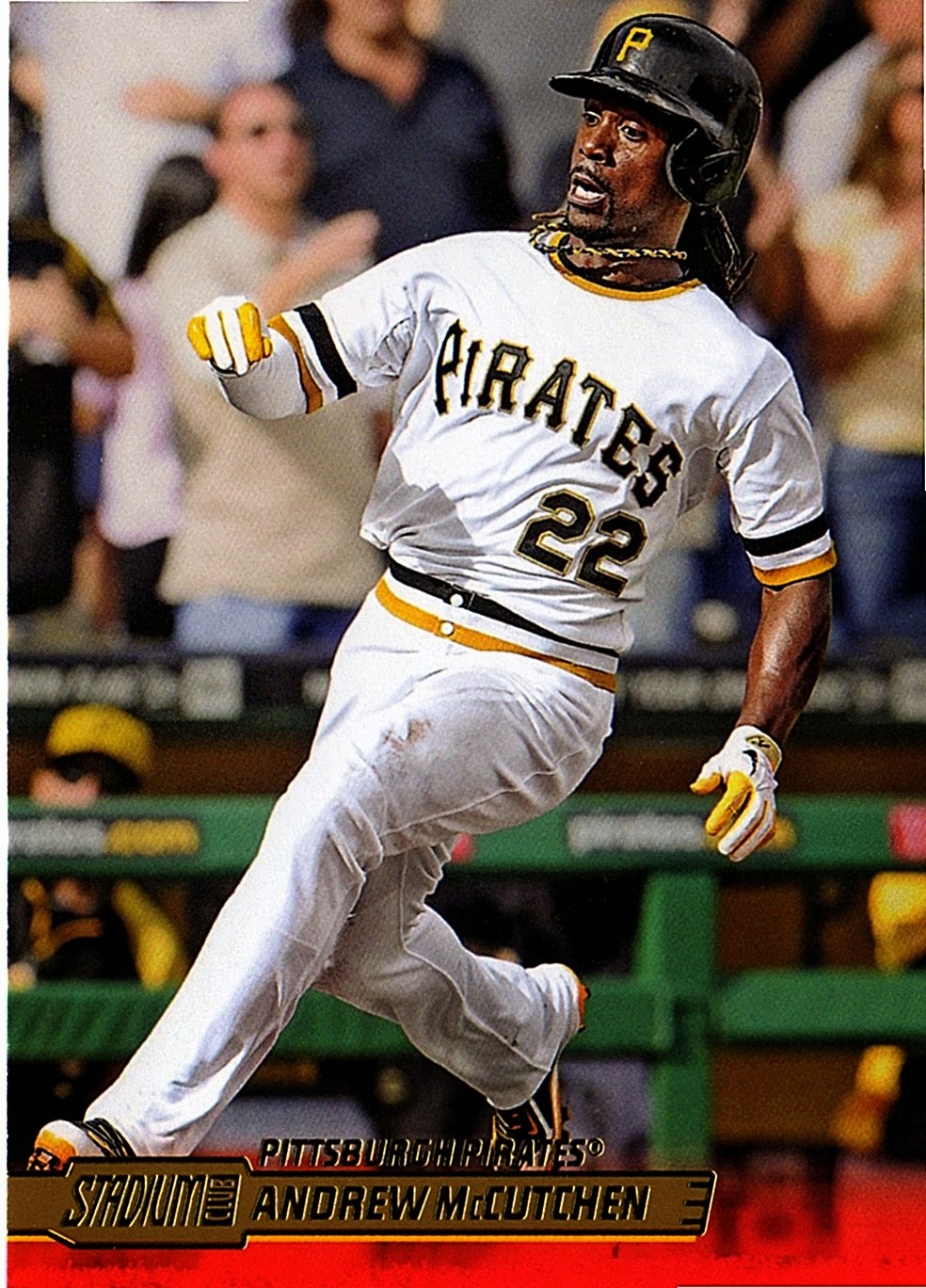 My best hit in the break was the gold parallel of McCutchen. A great card! 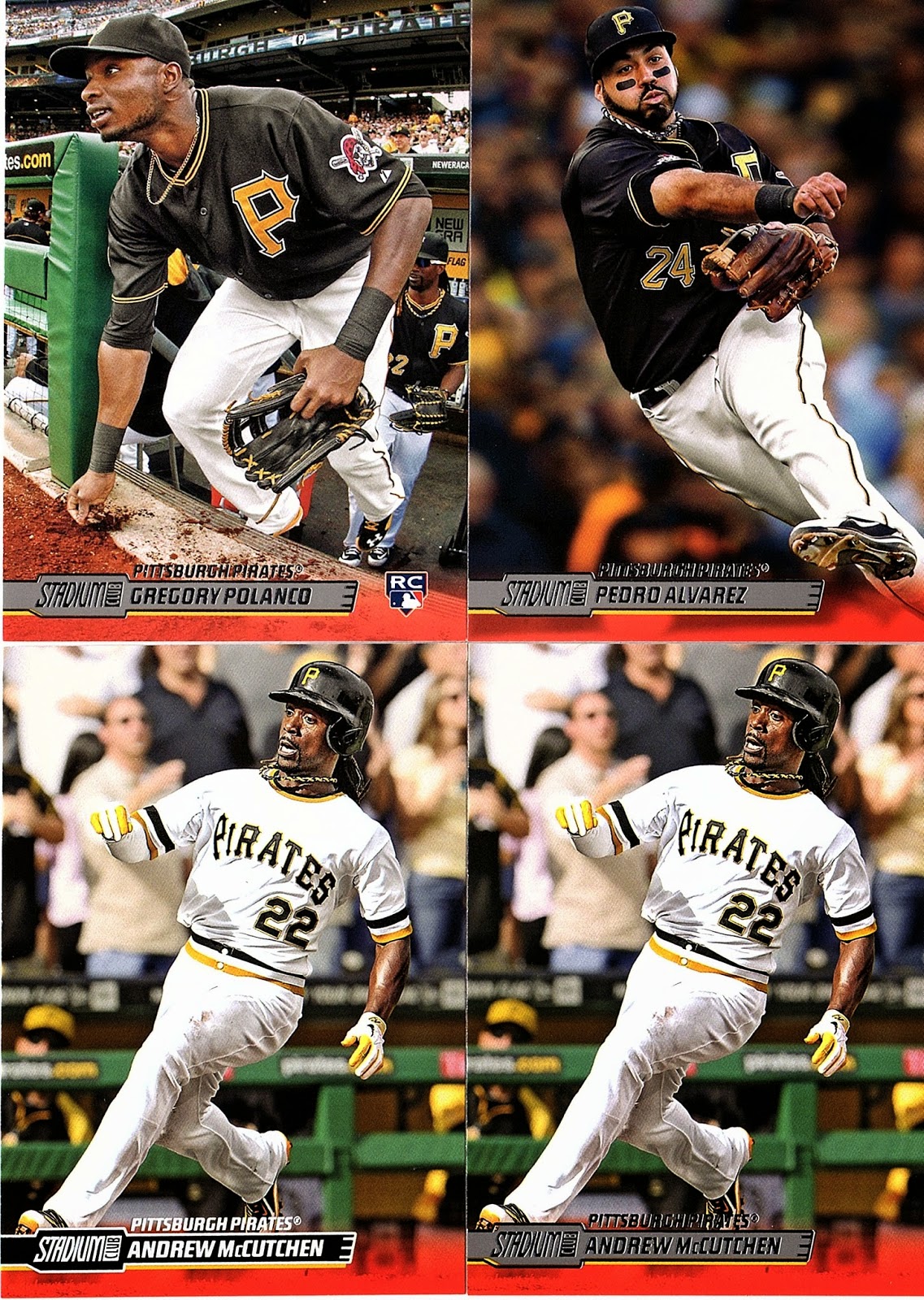 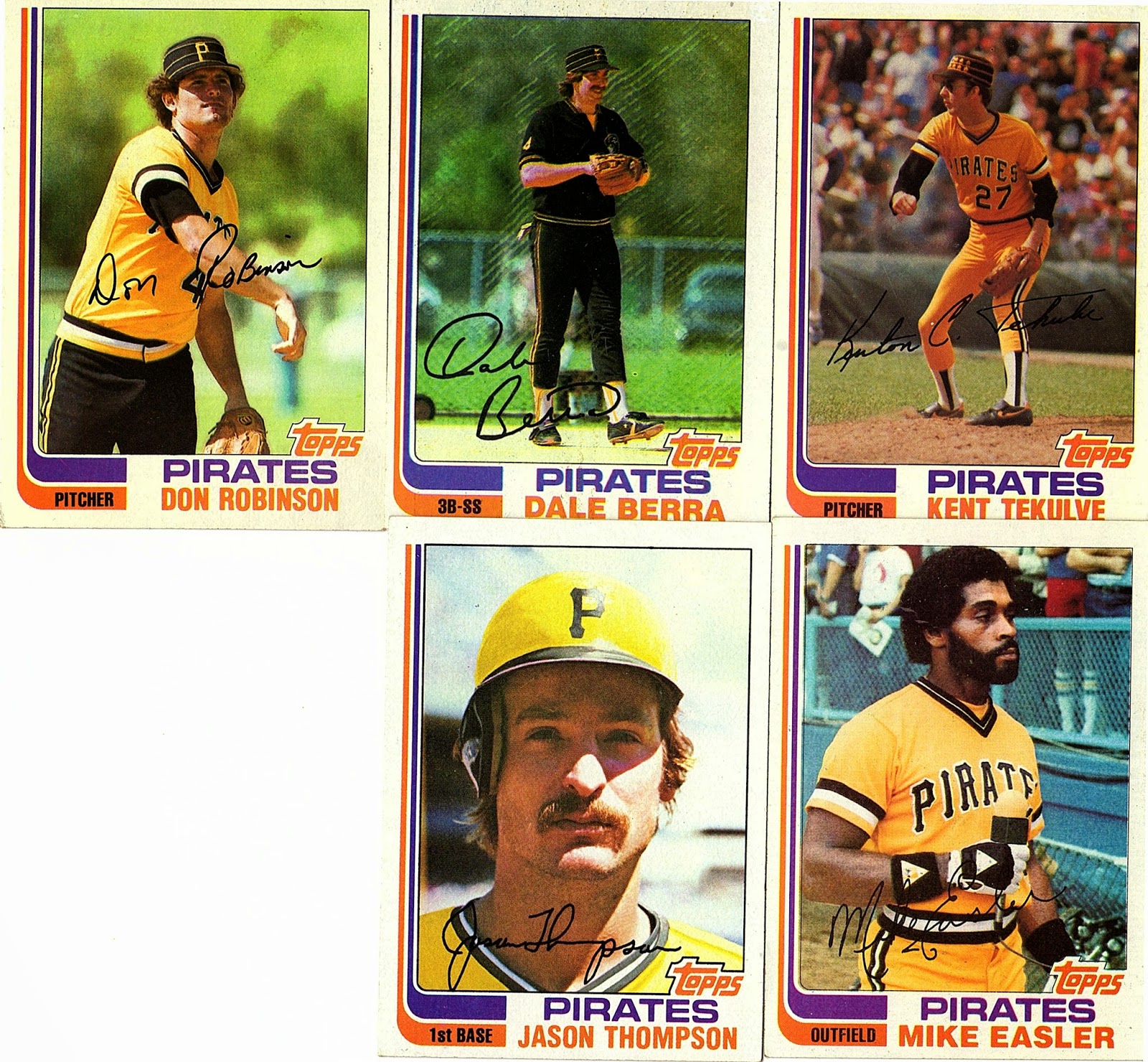 My birth year set. 82 Topps. The Tekulve is my favorite. 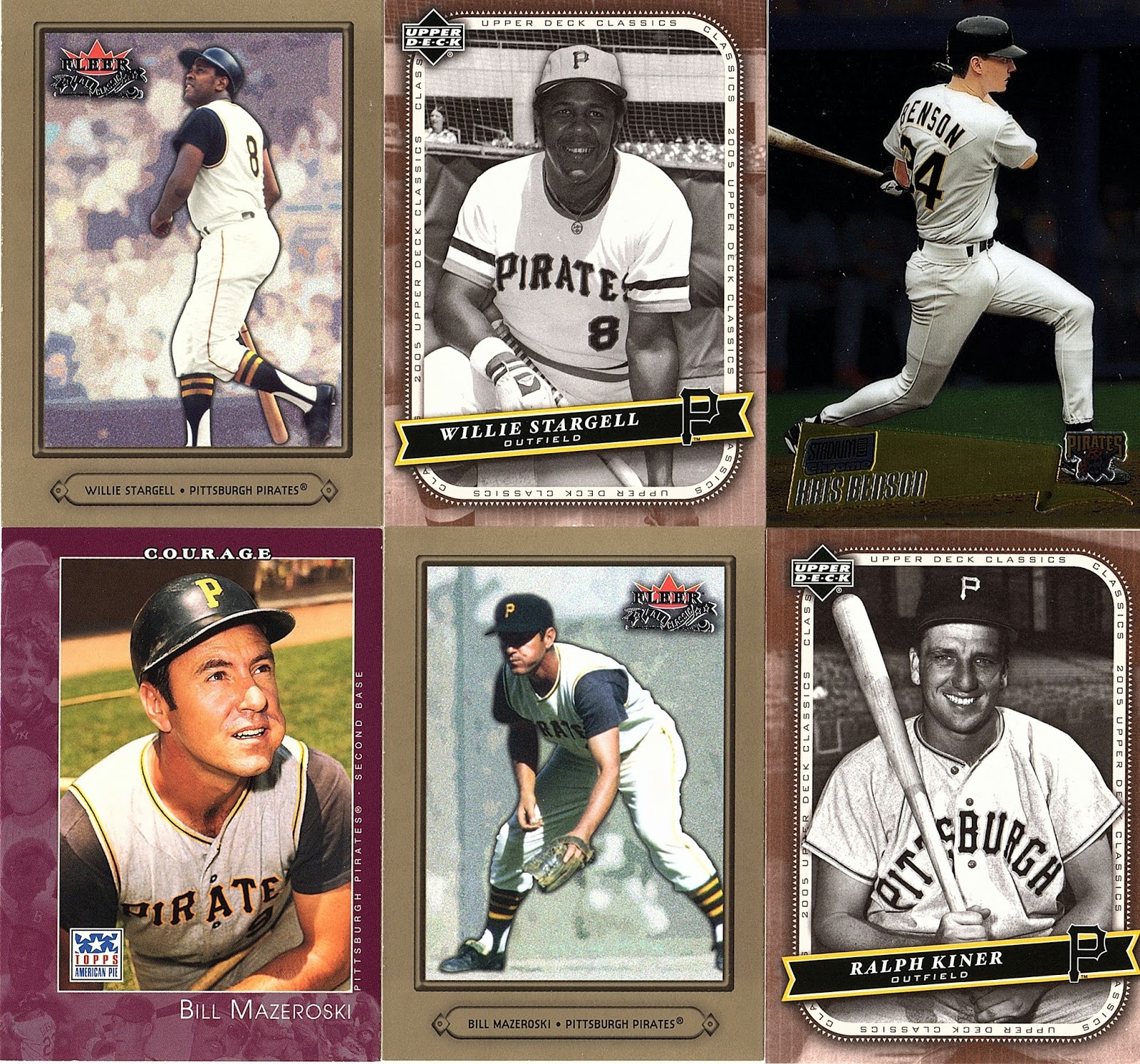 A nice mix of Pirate Hall of Famers. 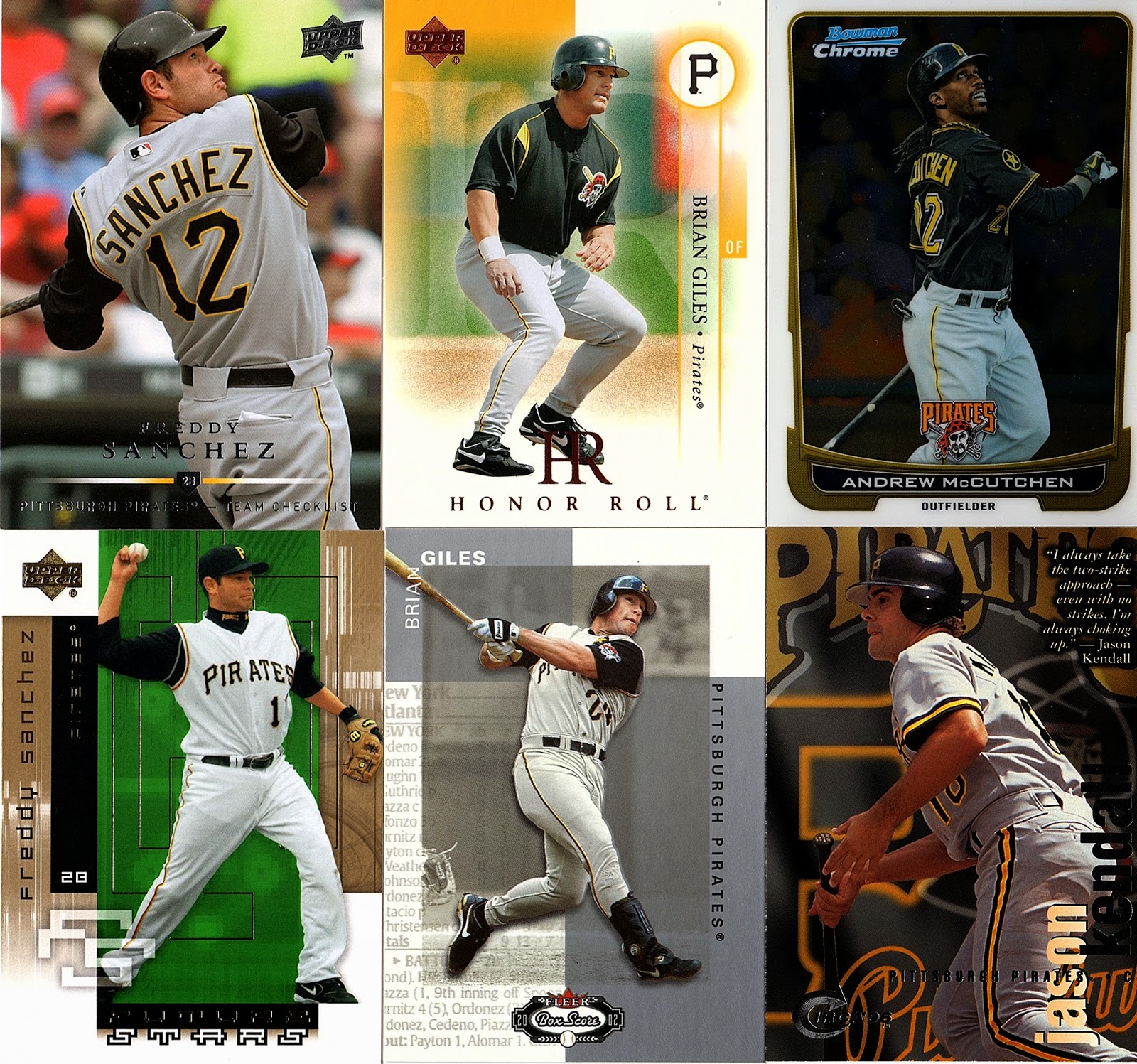 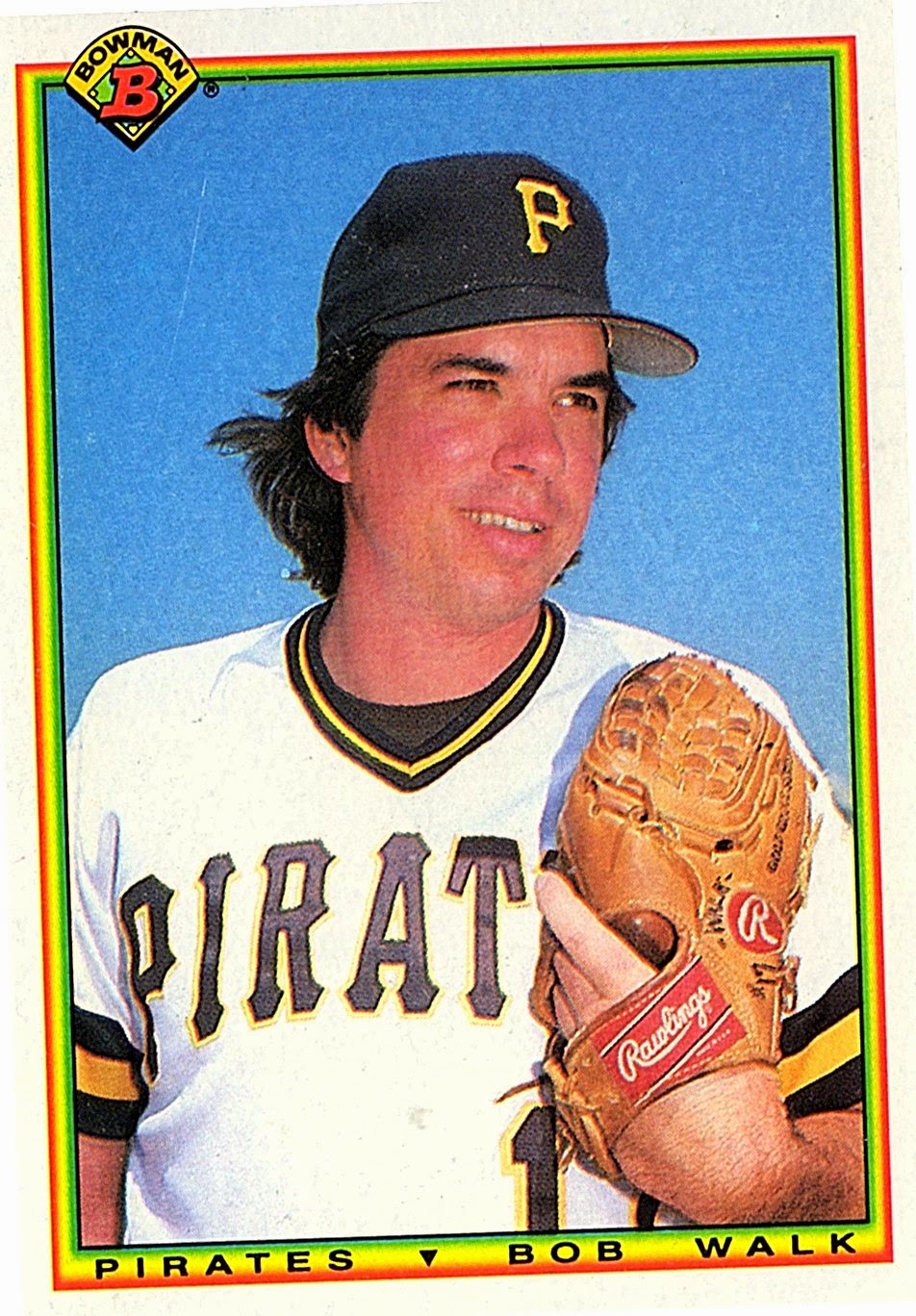 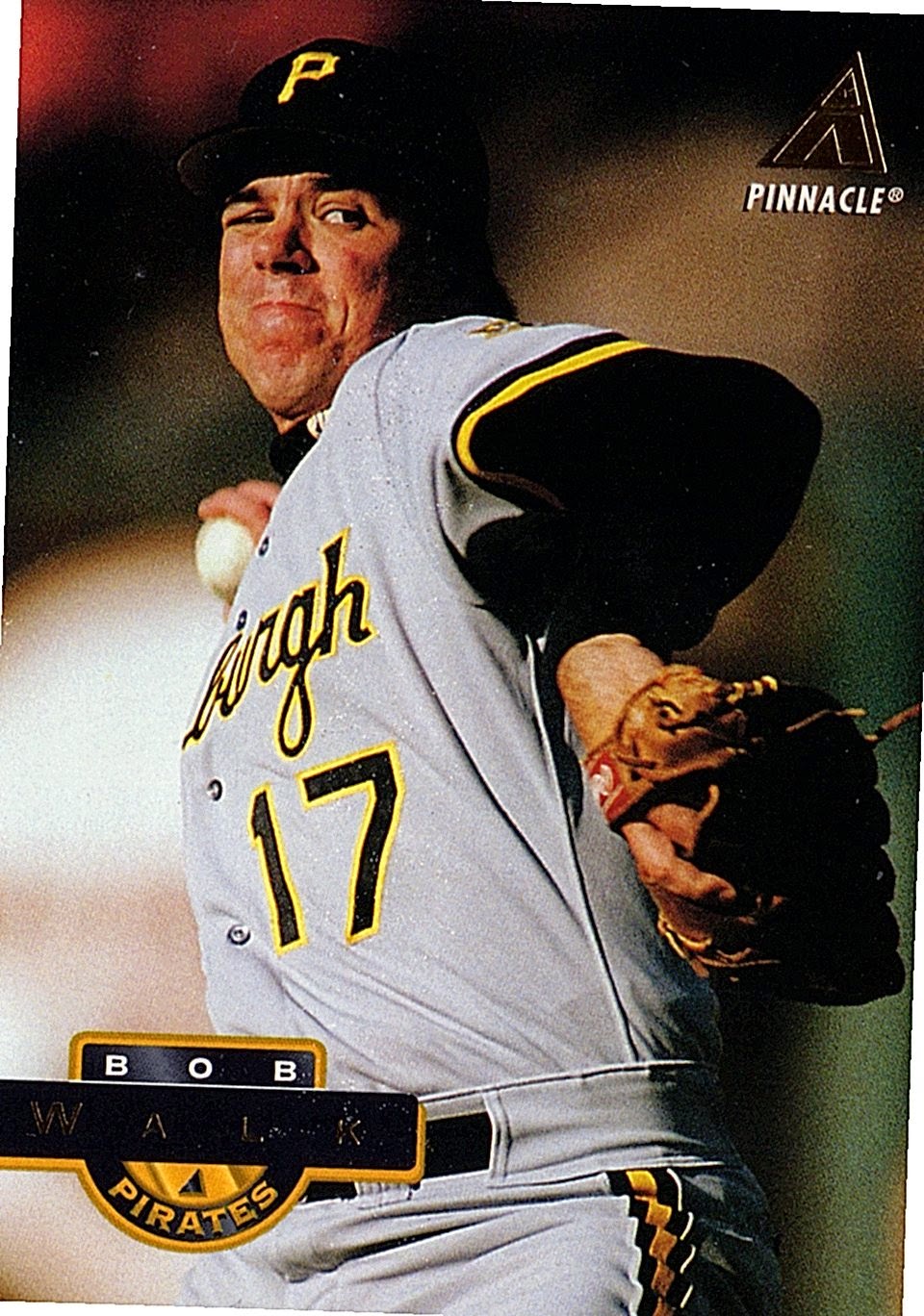 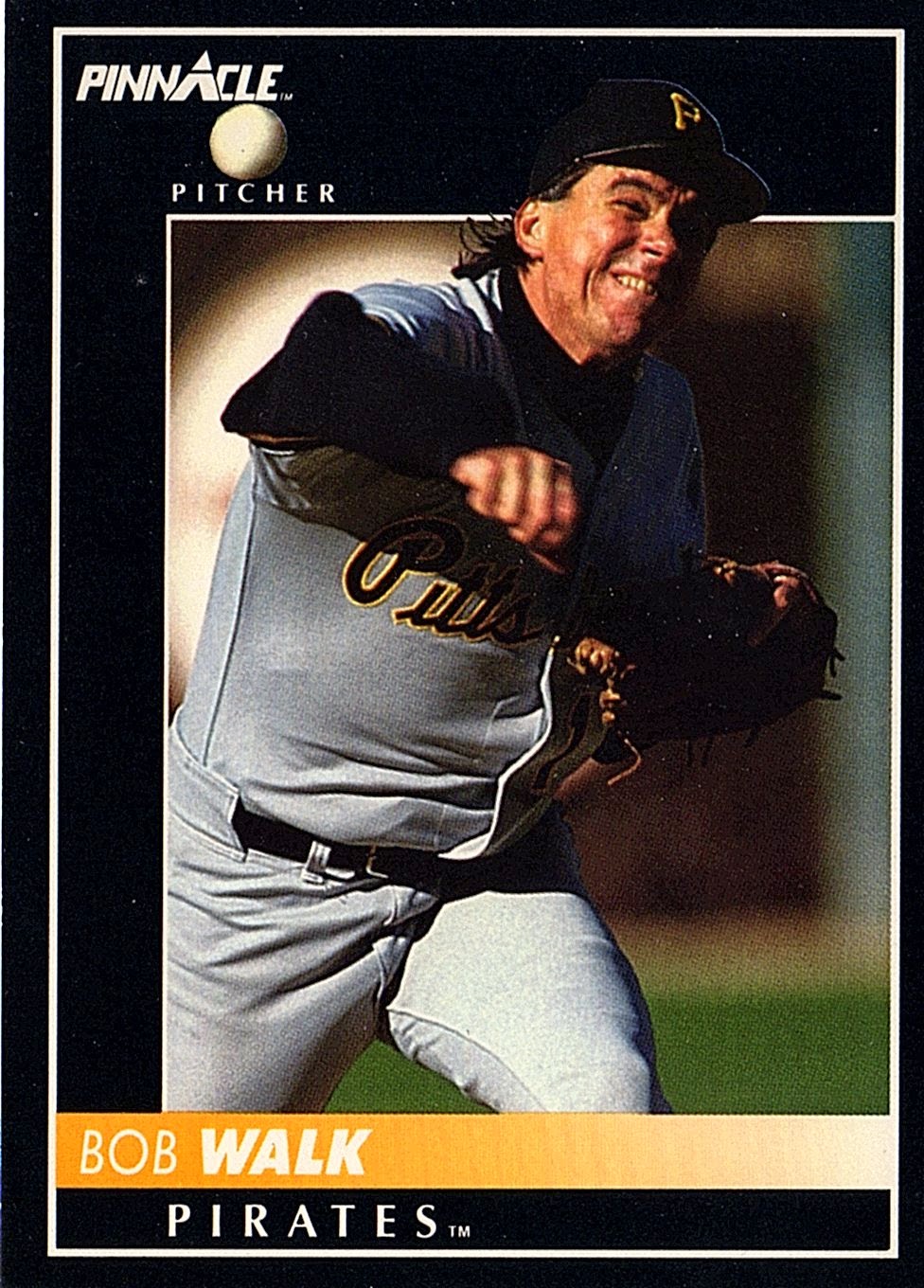 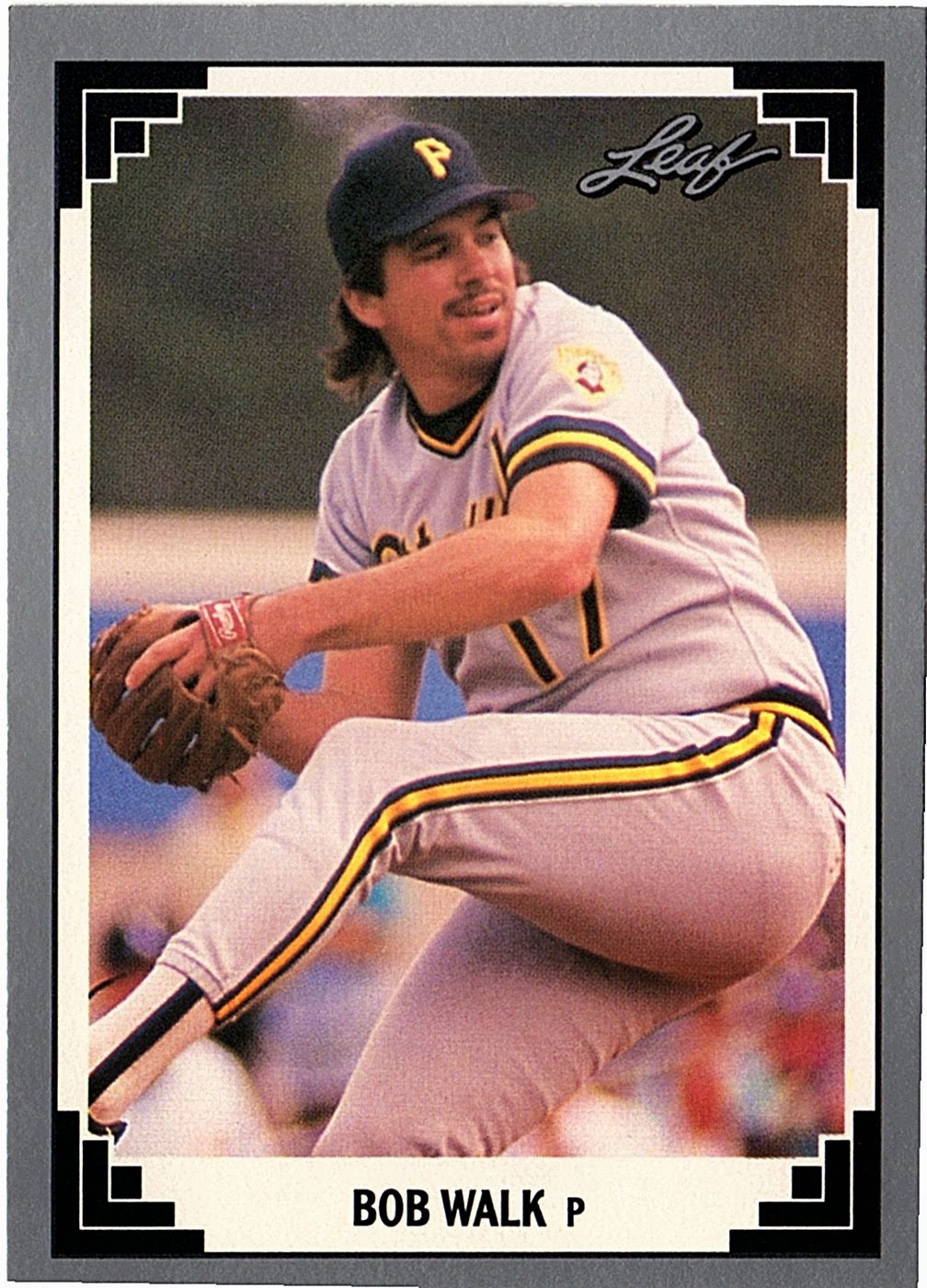 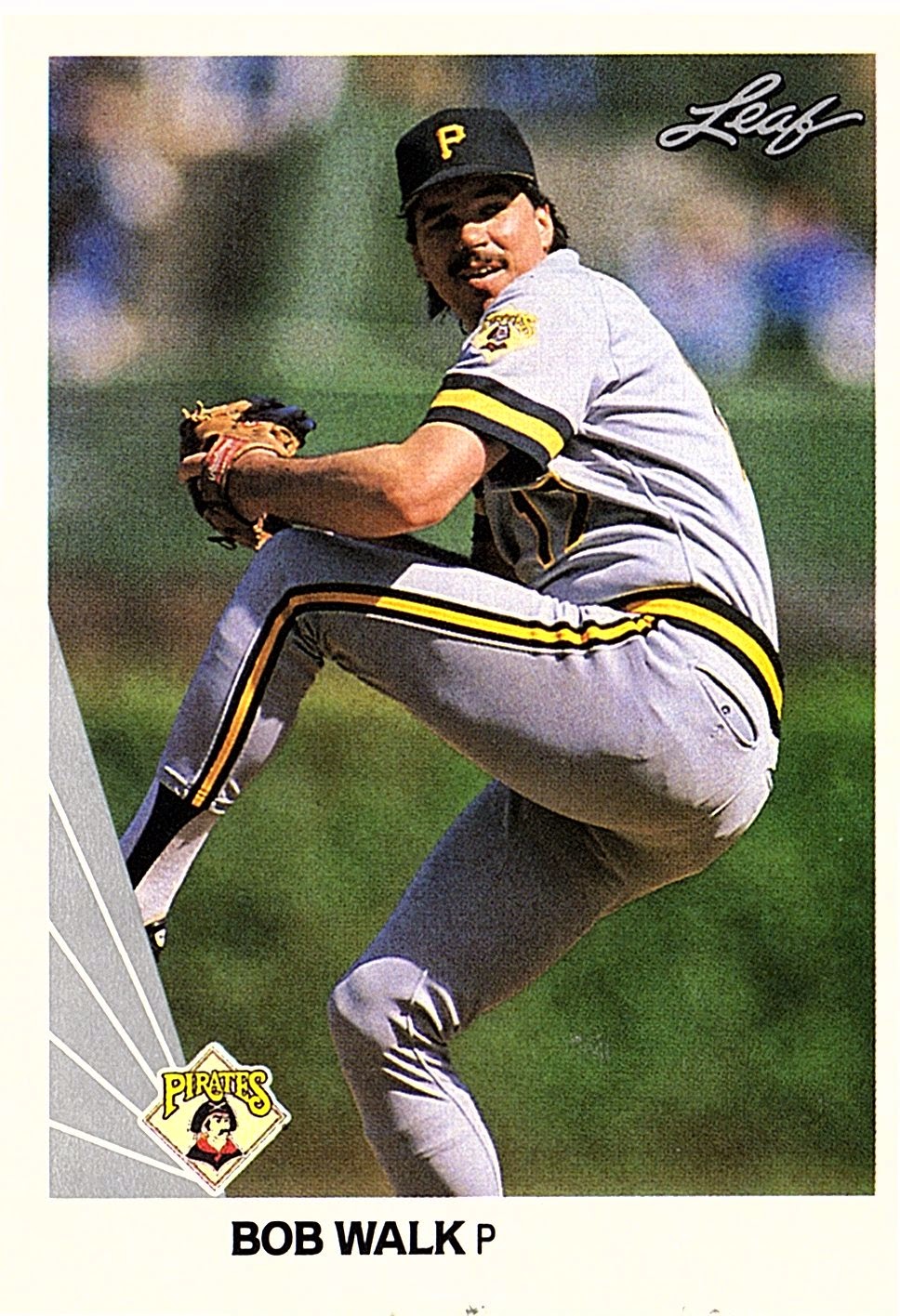 More Walk than most can handle.

Thanks for all the great cards Chris. I'm very excited about the 2015 Series 1 jumbo break. I know hosting breaks can be a lot of work, so I really appreciate all the time you put in.

Thanks for reading.
Posted by BobWalkthePlank at 11:17 AM