Bad But Not Bad Enough

No professional sports draft is more unpredictable than the MLB draft. While many experts will say certain guys grade out better than others, no matter how high the pick it will come with huge question marks. Rarely do you see a draft where most scouts agree that minus an injury certain guys are destined to be superstars. Enter the 2009 and 2010 drafts. Otherwise known as the Steven Strasburg and Bryce Harper sweepstakes.

Both years the Pirates were terrible, but not terrible enough. The Nationals were an absolute joke of a team those years and were able to draft and sign both mega talents. What could have been...

Obviously the verdict is still out on whether Strasburg will become a superstar pitcher. The guy puts up great numbers, but doesn't pitch deep into games. Hard to be considered a top tier pitcher when you rarely get out of the 6th and 7th innings.

Harper just needs to stay on the field. The guy can play and the numbers in 2012 and 13 were impressive for a guy who just reached 20 years of age. They just got overshadowed because of Mike Trout. A lot of people hate on Harper, but the Nationals only have themselves to blame. They marketed the kid as a superstar before he played his first game.  His minor league games were getting heavily broadcasted and his jersey was being sold at Nationals Stadium long before he made his debut. Hard not to have a little edge about you when everyone says you are going to be great. 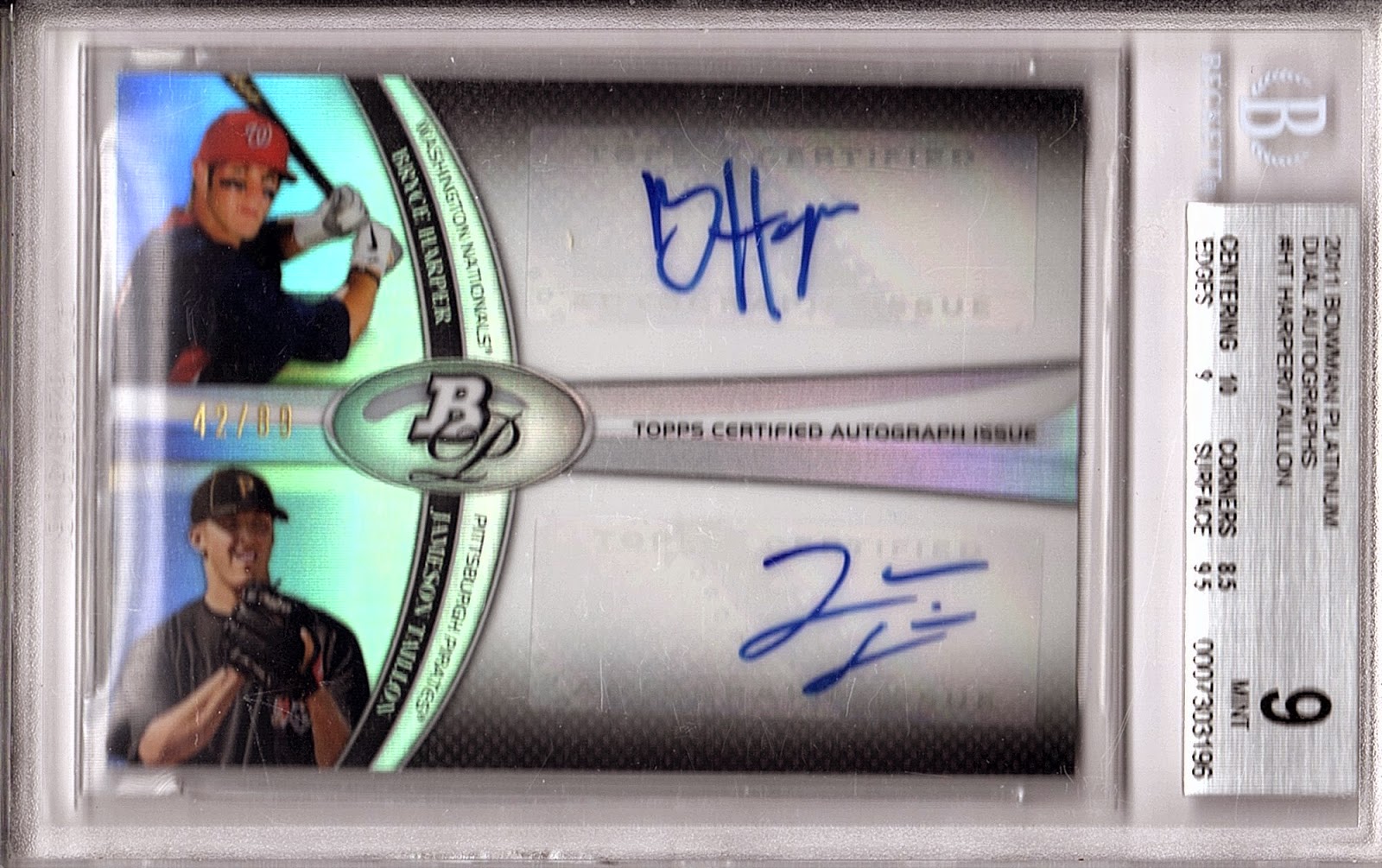 The 2010 draft turned out to be loaded. It has already produced 4 All Stars in Harper, Manny Machado, Matt Harvey and Chris Sale. The Pirates used the 2nd pick to take Jameson Taillon who was considered the best high school pitcher in the draft with tons of upside. Taillon would have made his debut at some point last year if he hadn't blown out his arm. Let's hope to a full recovery and a successful debut this year.

I picked up this dual auto when both Taillon and Harper were hurt at the beginning of the season last year. Hopefully it turns out to be a nice buy low card.


Posted by BobWalkthePlank at 8:40 PM