I've never opened a box of Topps Tribute and probably never will. With that being said I do love the nice on card autos. I always try to snag a few when the opportunity presents itself. I've had these for a long time, but figured they would look nice in a post together. 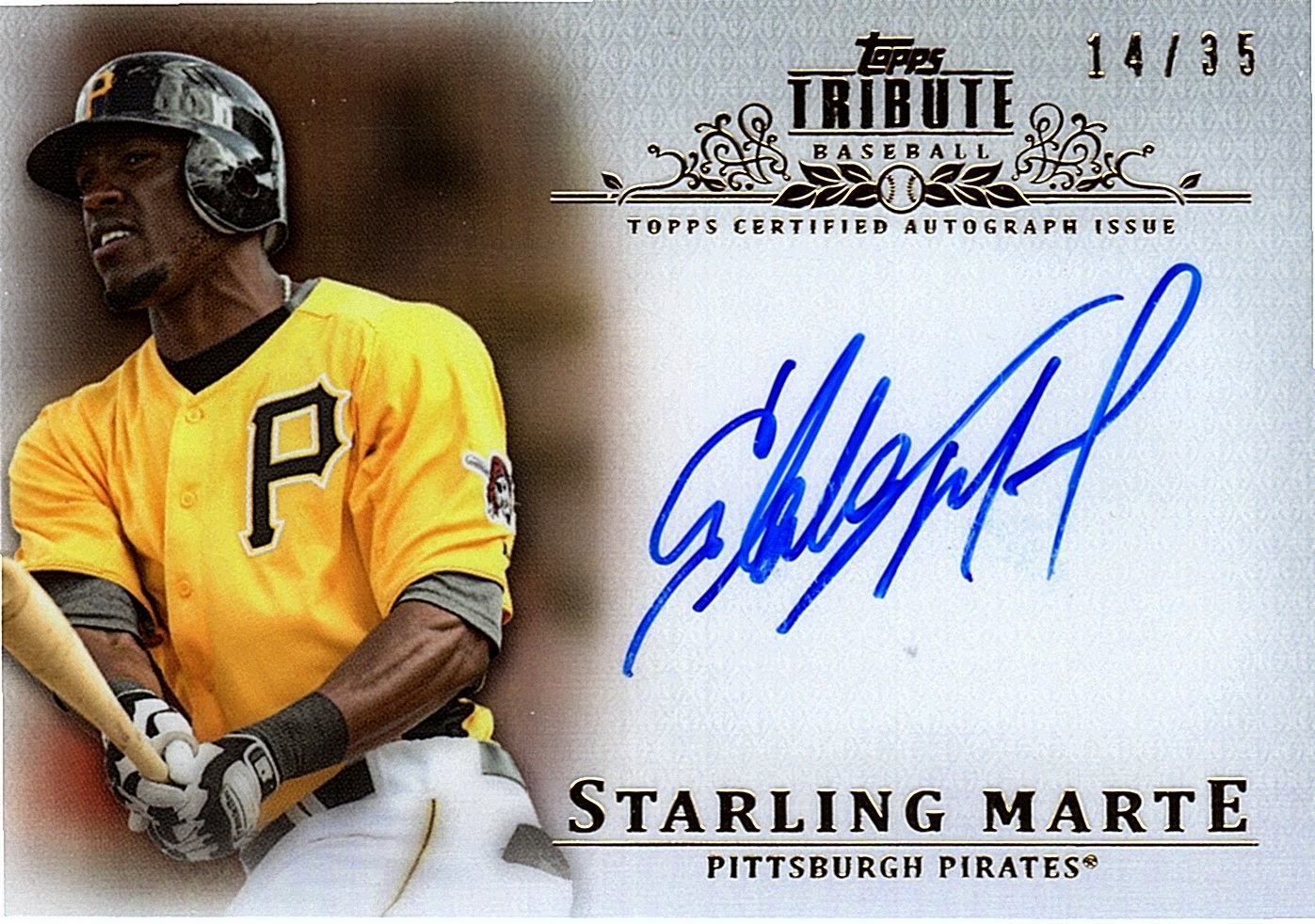 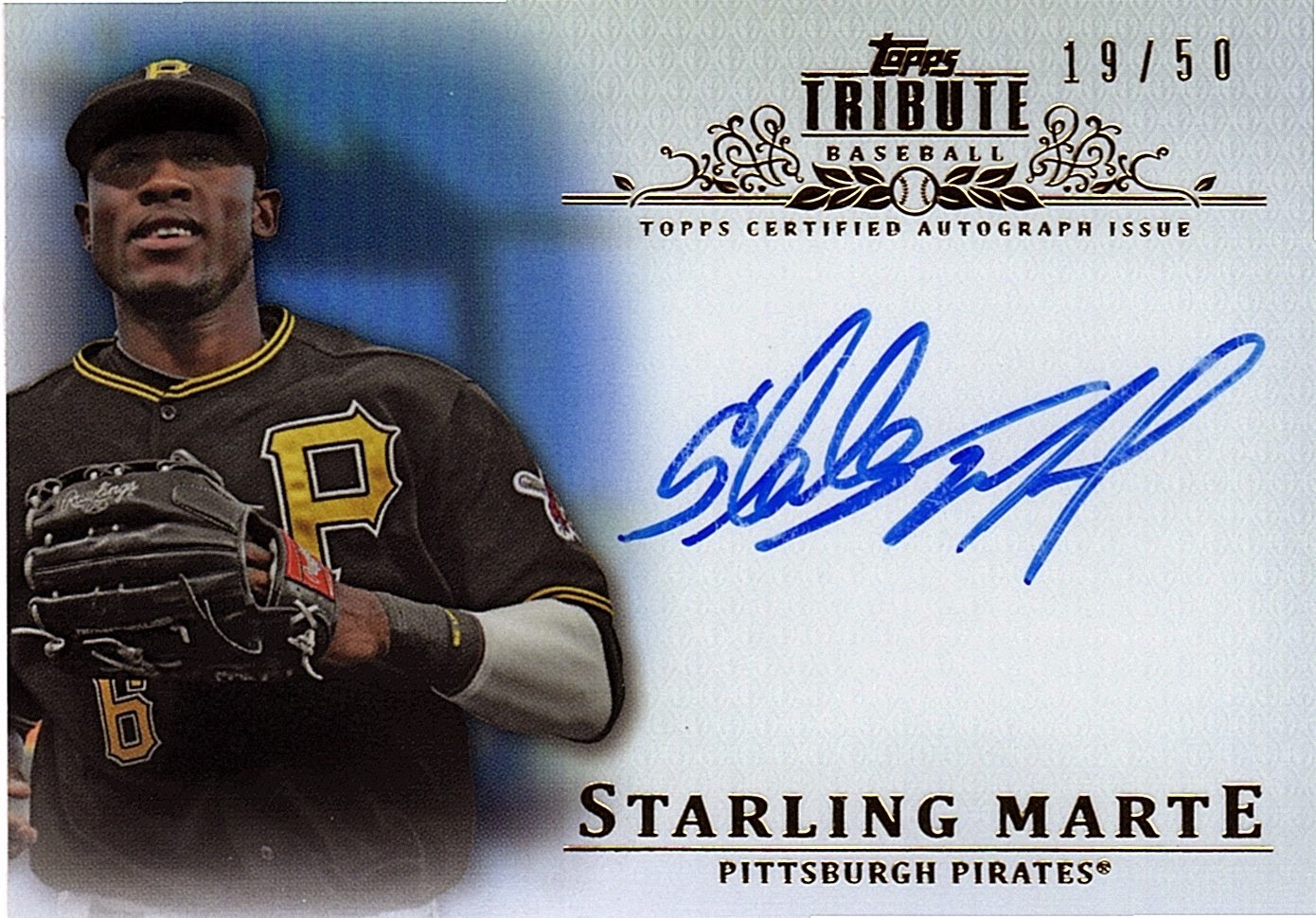 I have a lot Starling Marte cards in my collection, but I think the Tribute in the gold jersey might be my favorite. When the Pirates hinted at a new alternate jersey I was hoping they would go with the gold jersey, but it turned out it will be a camo version. The gold will continue to be used in Spring Training. One of my prized possession hanging in my basement is a gold jersey signed by Neil Walker.

Lately it has been getting tougher to add Marte autographs. He was featured in a lot of 2014 product, but the secondary market prices remain strong. Many autos that I could buy for around $10 are going for double. You can still find the occasional deal, but they are few and far between.