Today I received a nice mailer full of cards from the Night Owl. Greg becomes my first trade of 2015! This is a nice mix of both old and new. 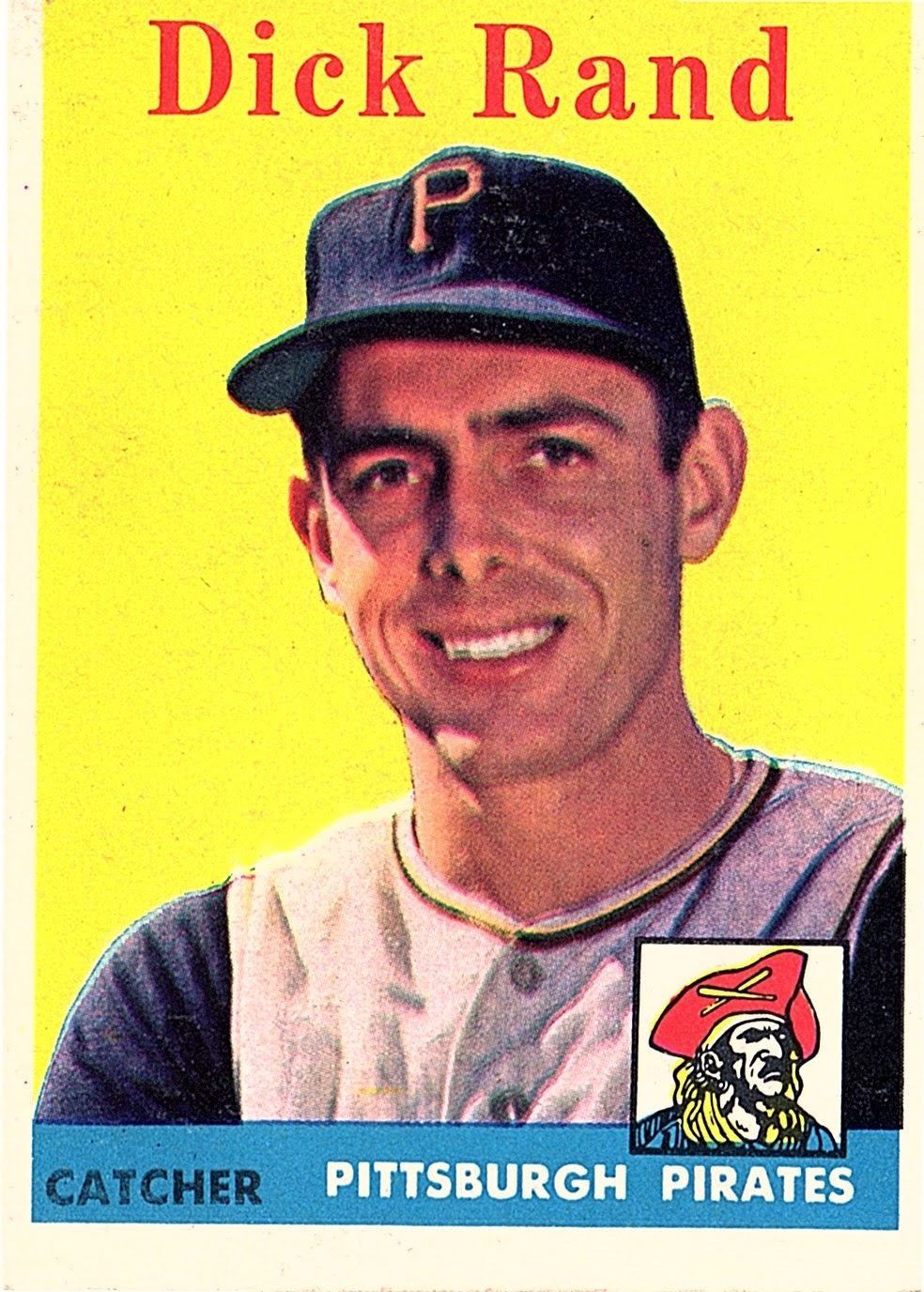 This 58 Rand was my favorite of the bunch. He is the epitome of an obscure player only having played 72 career games. 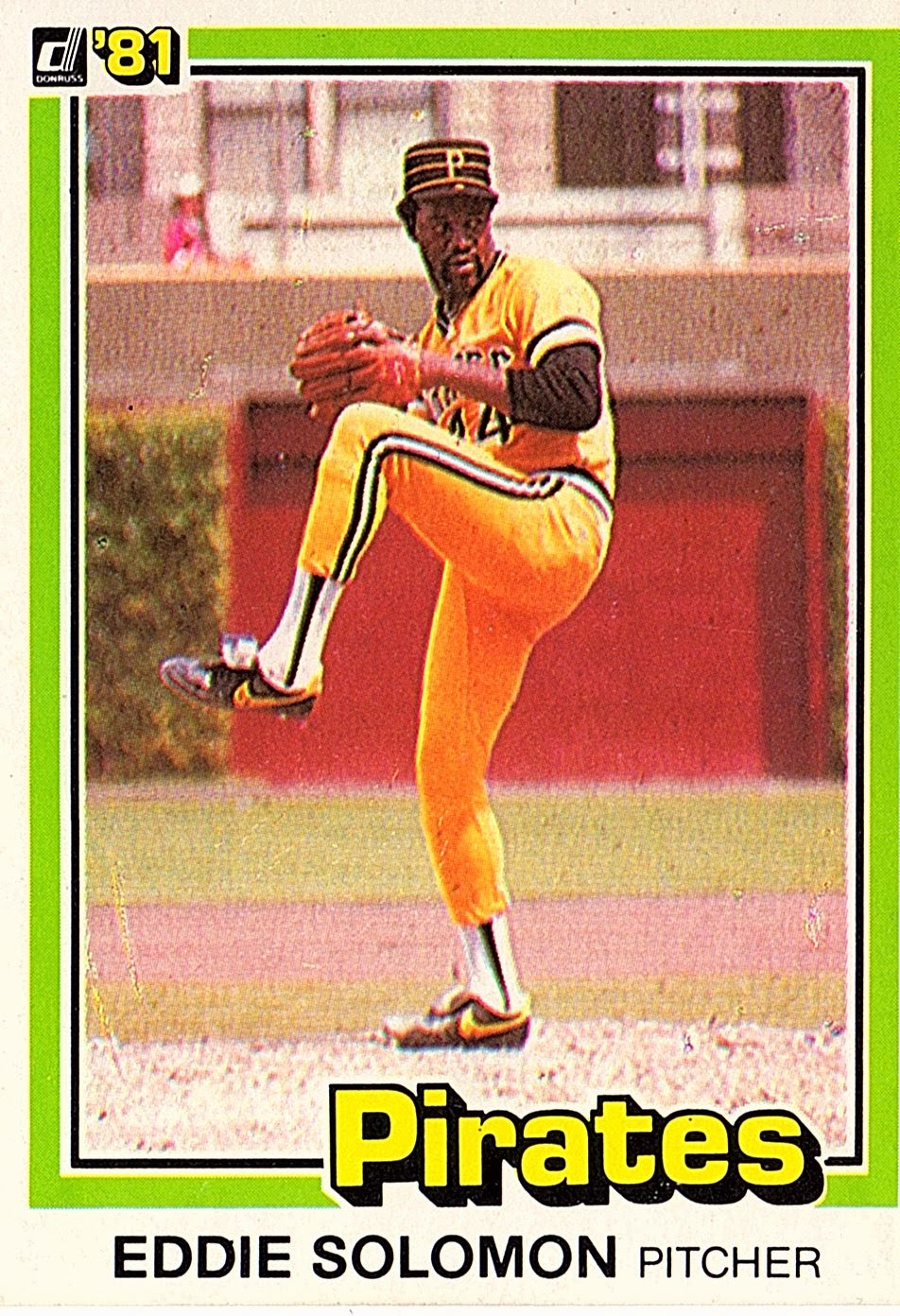 I wasn't too familiar with Eddie Solomon so I looked him up.  He saw action in part of 10 season in which his best was probably with the Pirates 1981, He tragically passed away in a car accident in 1986. 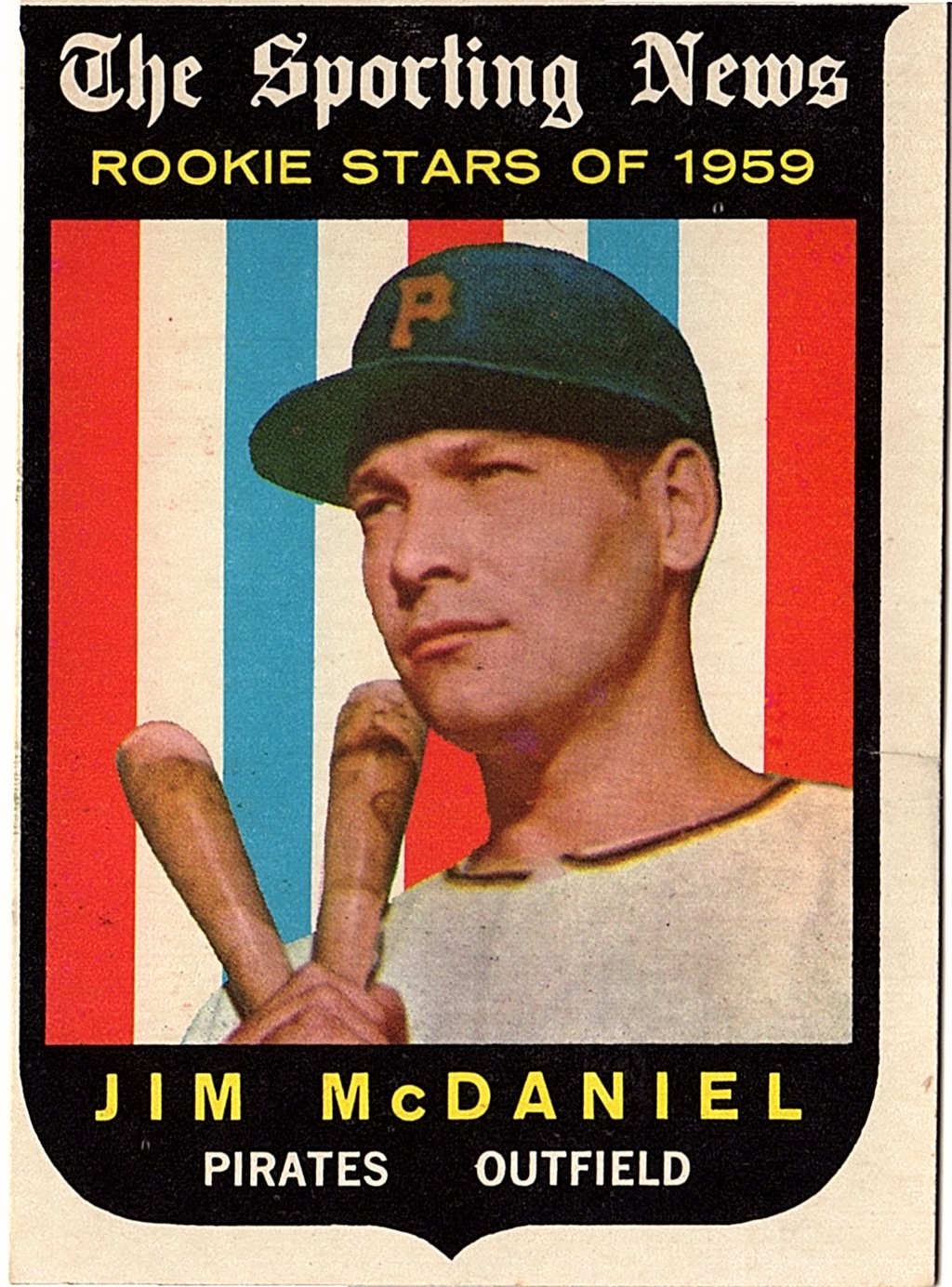 Jim McDaniel never made it out of the minors in his 14 years of being a professional. You have to admire that dedication. He is like Crash Davis minus the 21 best days of his life. 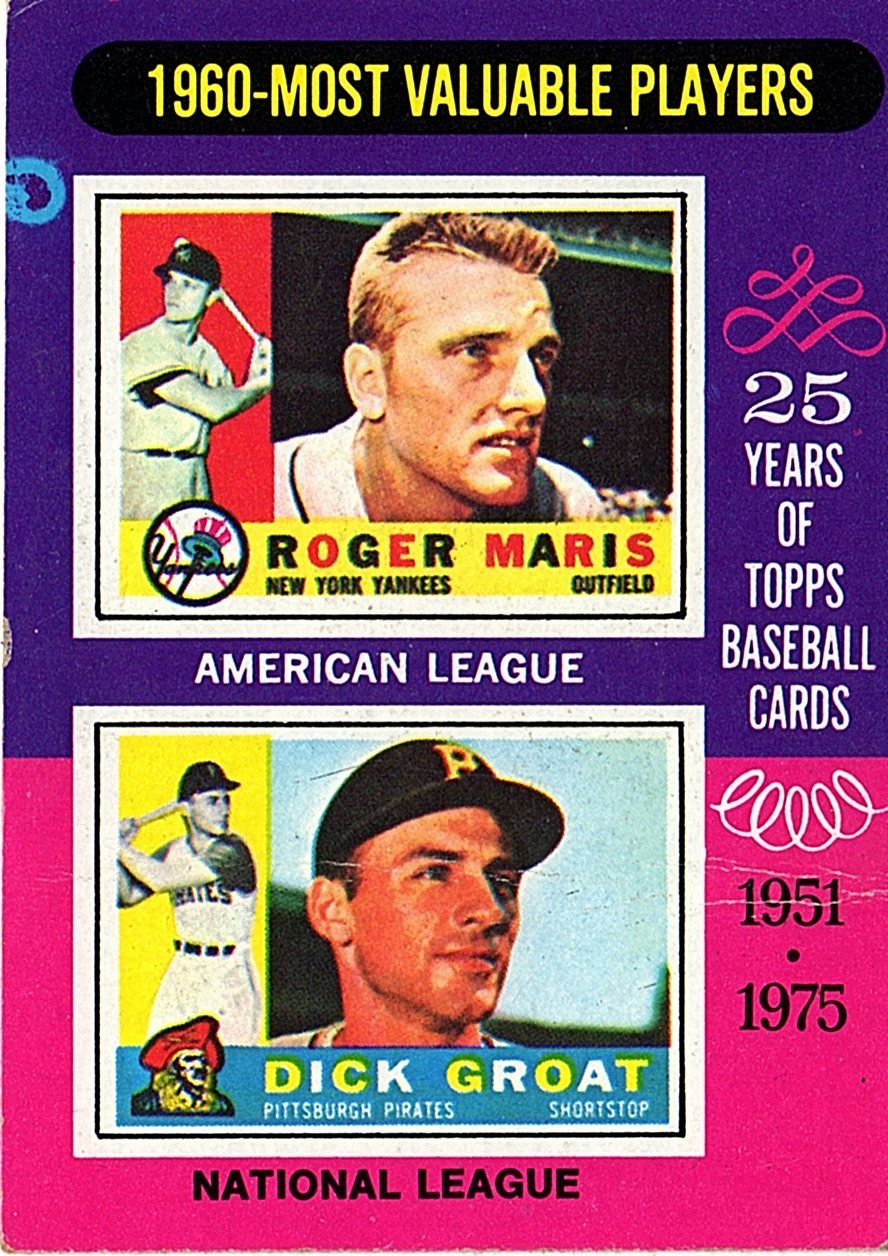 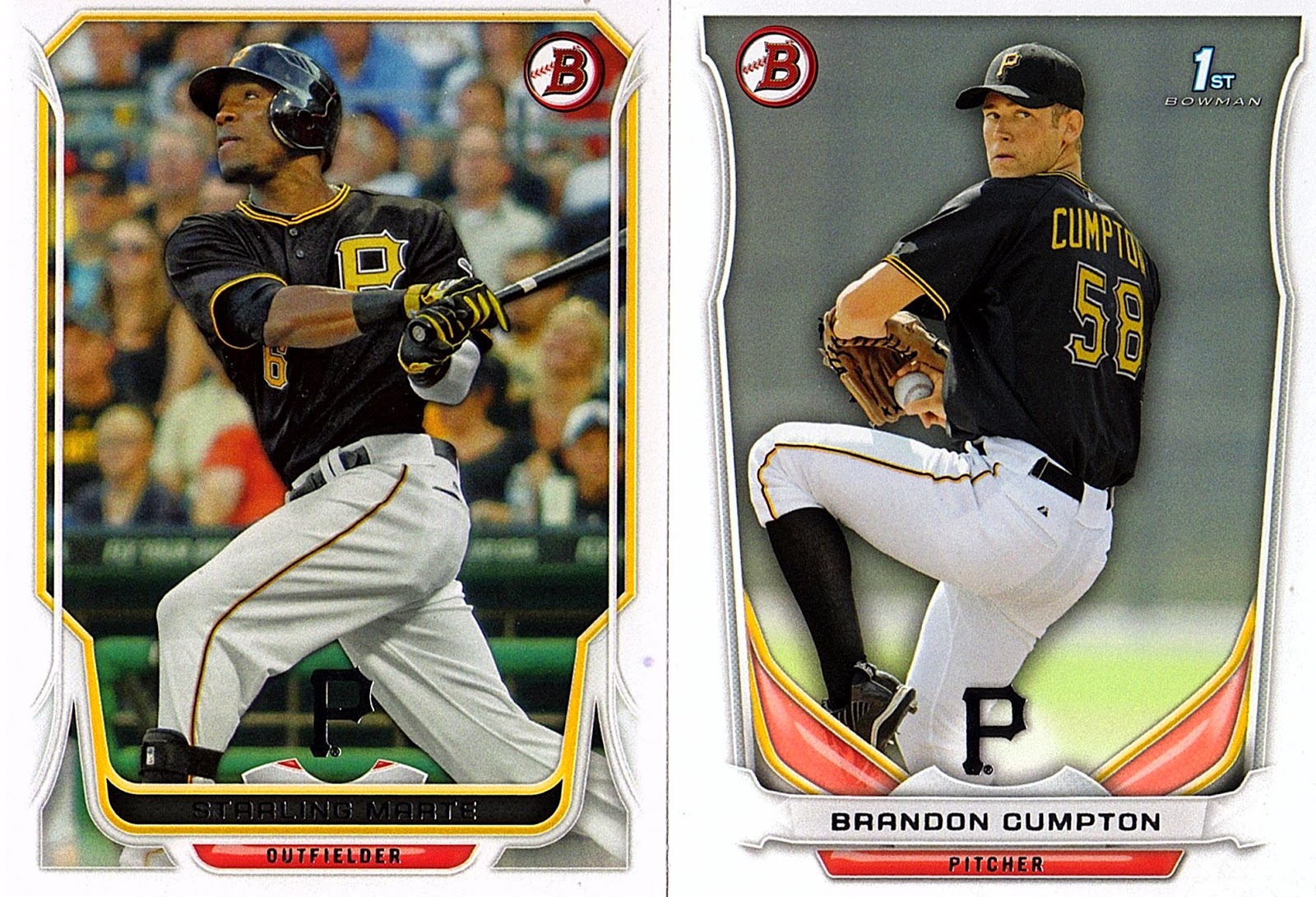 Some current Buccos including a personal favorite in Starling Marte. 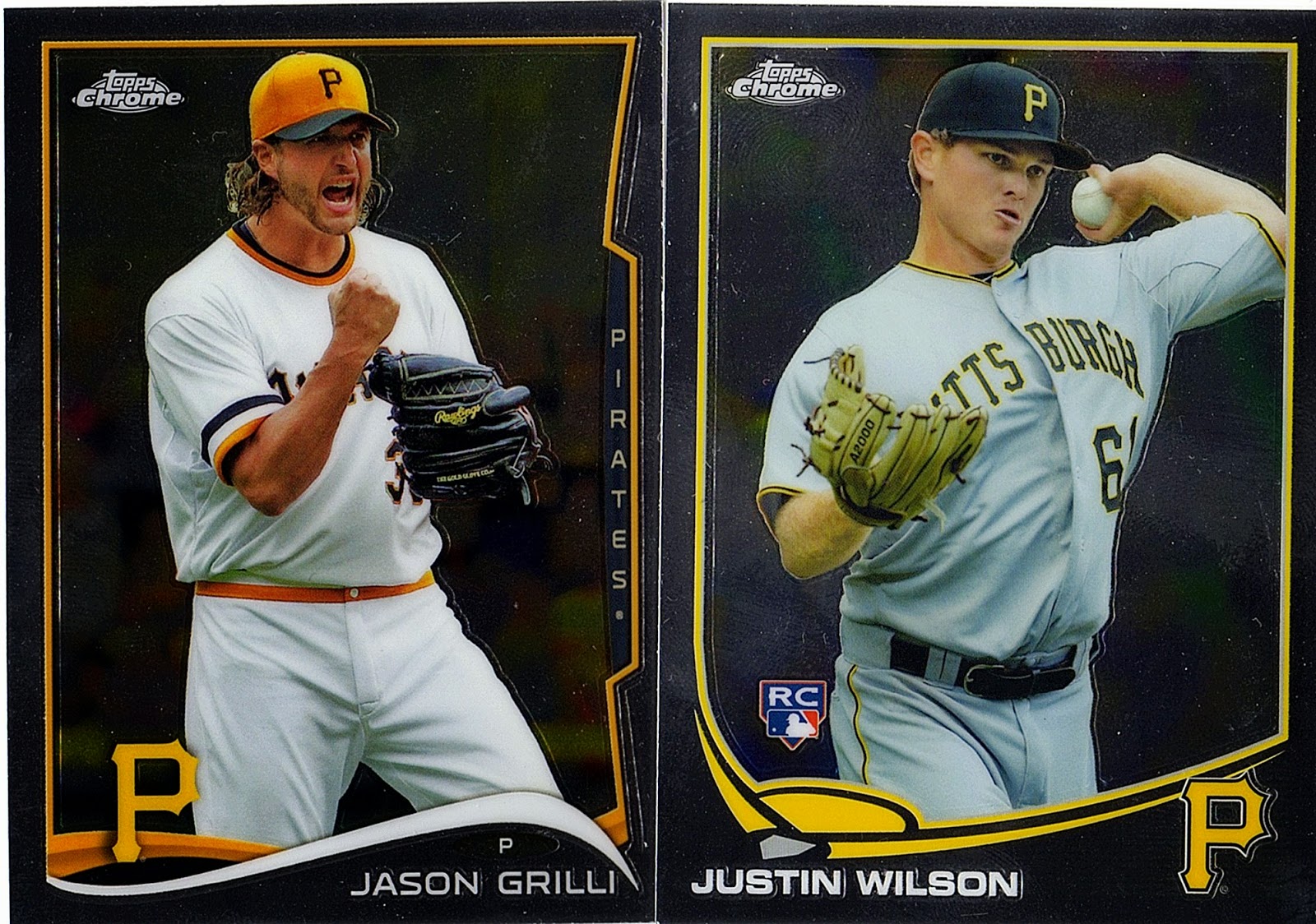 Some former Buccos. Grilli just signed with the Braves and Pirates traded Justin Wilson to the Yankees for Francisco Cervelli. 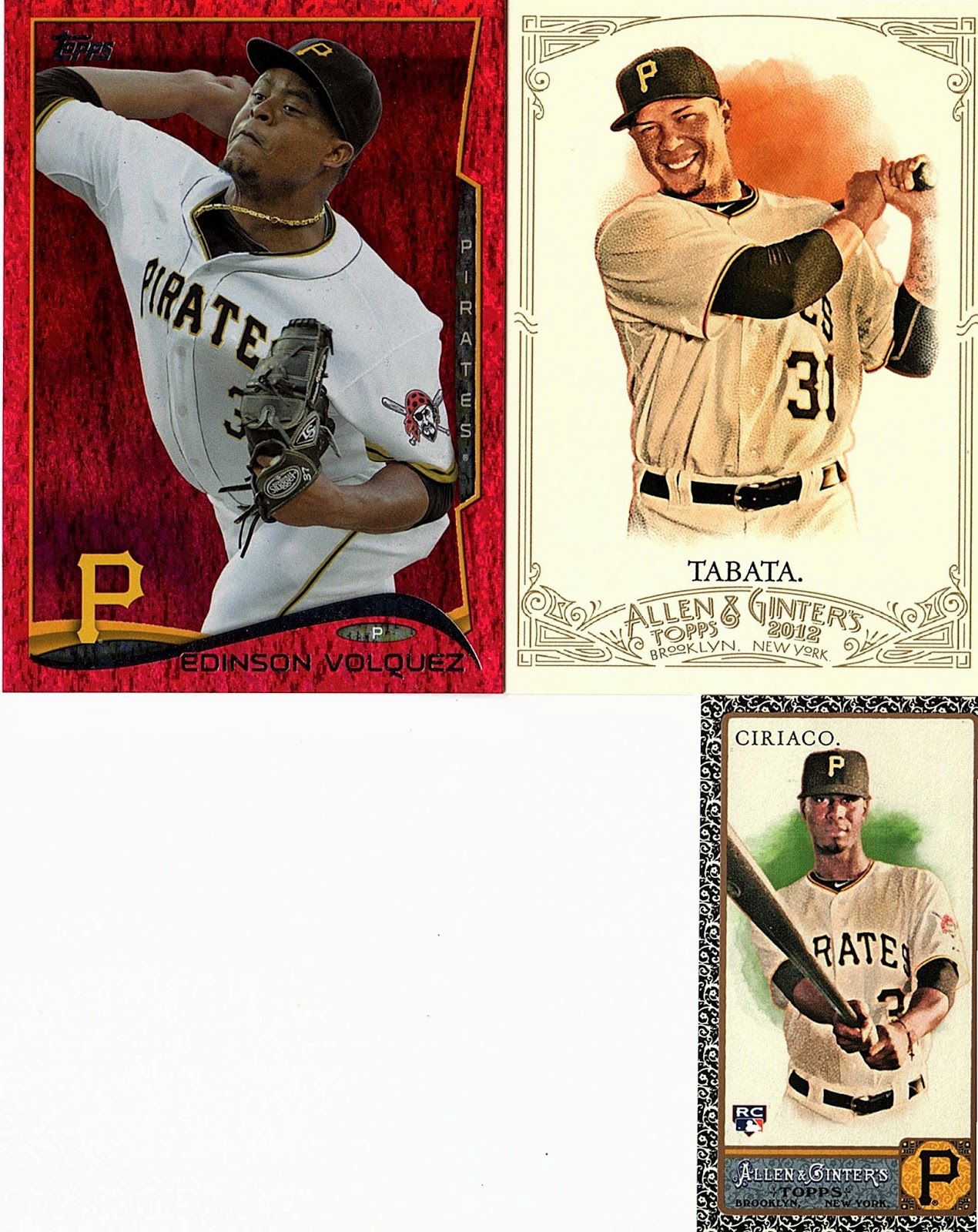 Today someone sent me a quiz to name every player to play shortstop for the Buccos since 2005. Let's just say I didn't remember Pedro Ciriaco.

Thanks for all the great cards Greg. The vintage cards were a nice surprise! That is one aspect of my collection that has grown leaps and bounds since I started my blog.

Thanks for reading! Tomorrow I'm going to pick my wallet card.
Posted by BobWalkthePlank at 10:05 PM