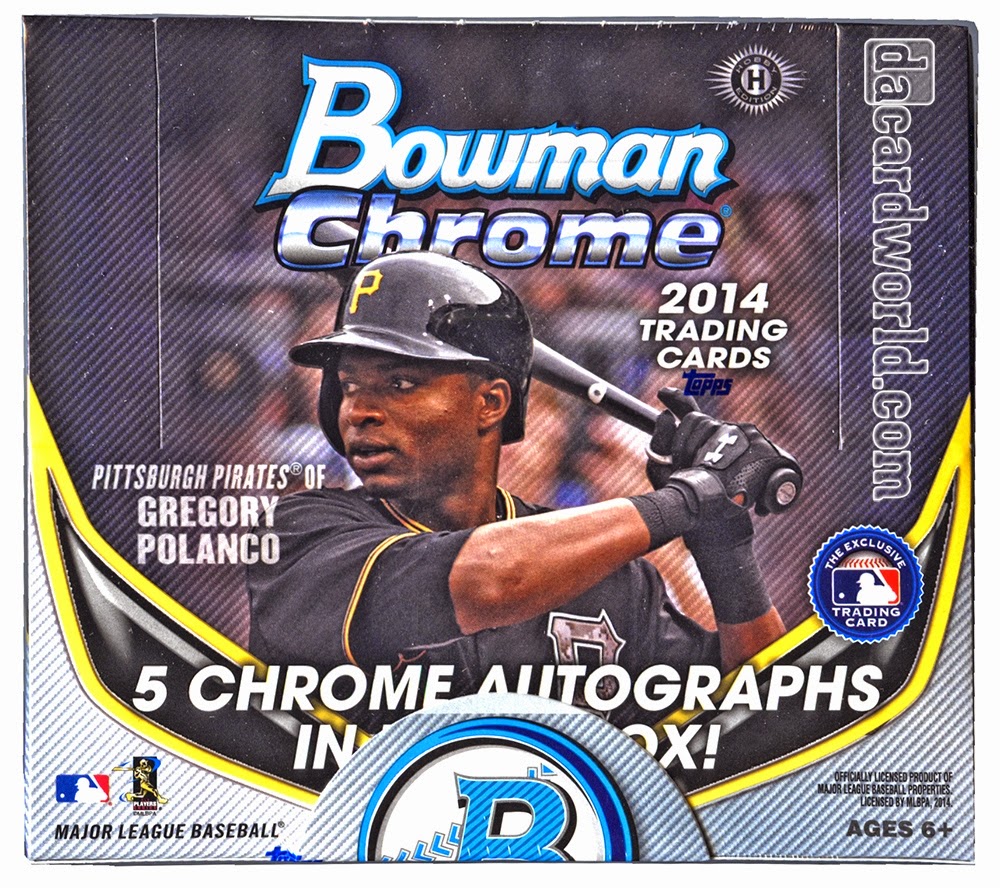 This Christmas I received several boxes of cards from family and friends. Over the course of the next week I'll share the results of the breaks.

The first box I opened was 2014 Bowman Chrome in which my parents purchased for me. It seems a little odd that I'm 32 years old and my mom still buys me cards like I'm 10, but hey I'm not going to complain. She also surprised me with the Gregory Polanco autograph jersey so in terms of my collection this has been one of the best years that I can remember.

I use to avoid Chrome as for years the Pirate minor league system was void of talent. Now they are considered one of the best systems in baseball so they are normally represented well in the prospect oriented sets. Here are some of the highlights of the box.

A mix of the Pirates that are in this years set. 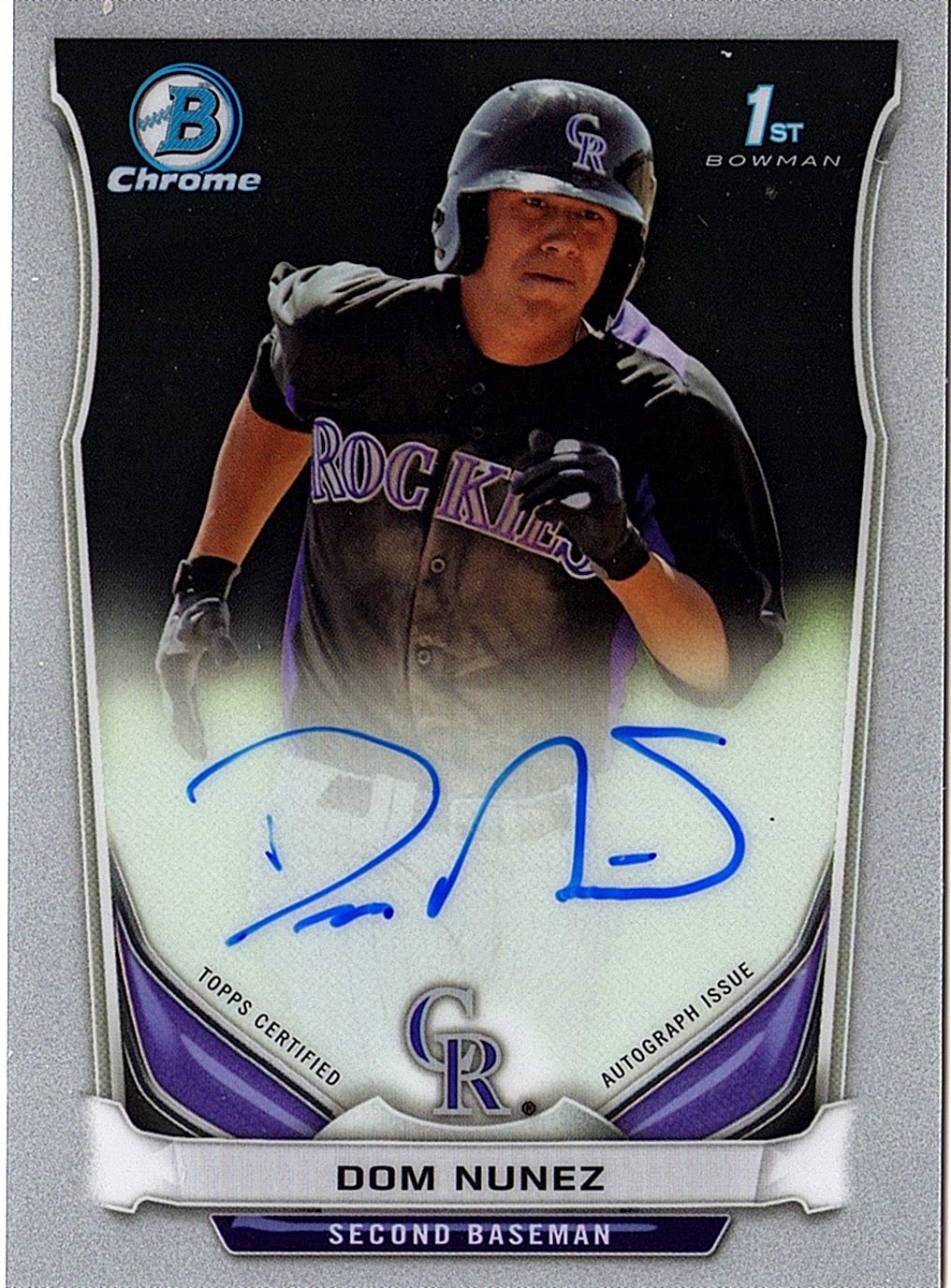 2013 6th round pick for the Rockies Dom Nunez. Supposedly he is a really good athlete who the Rockies are thinking about turning into a catcher. 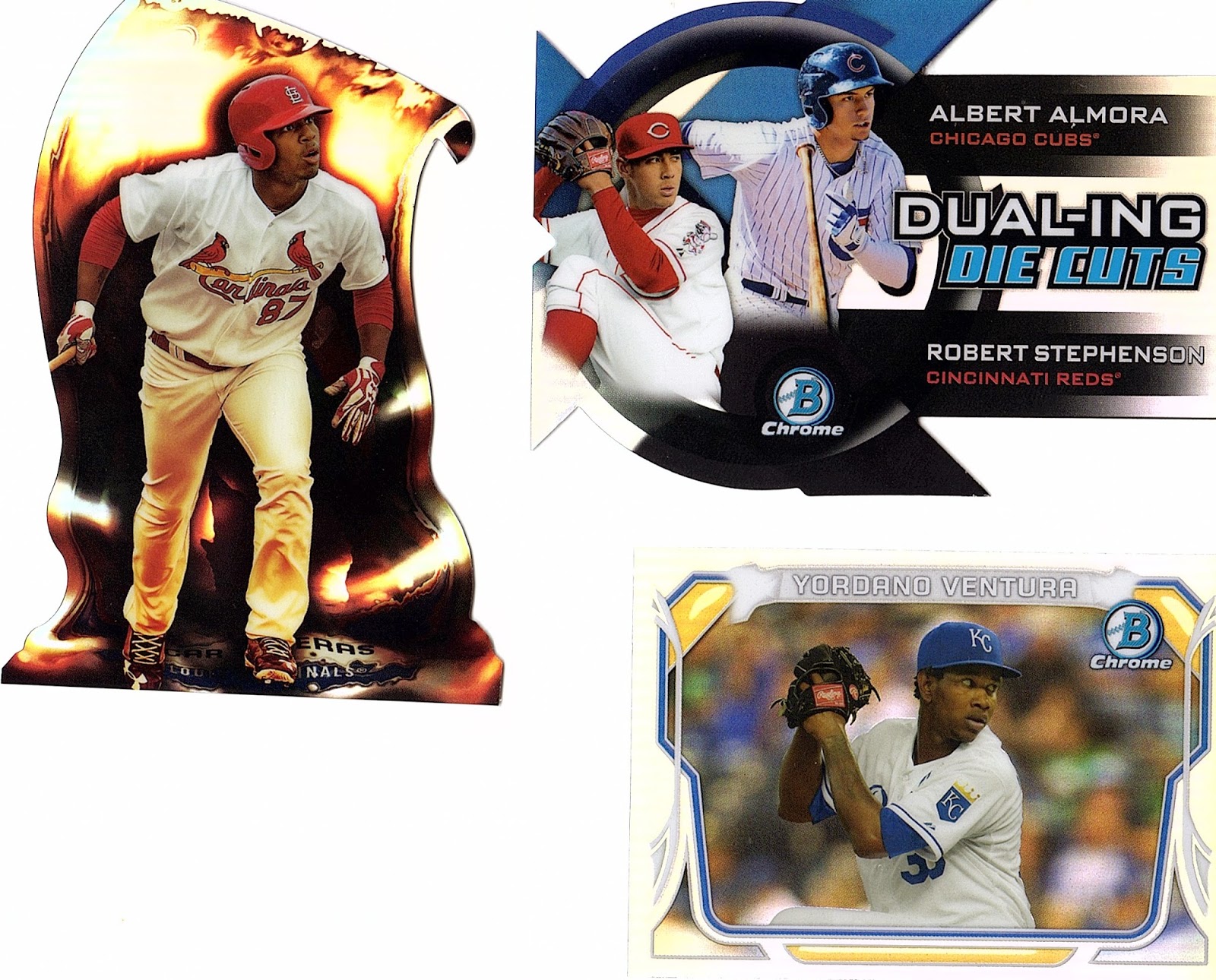 Some random inserts. I always feel a little side when I see a Tavares card pop up. Tragic stuff. 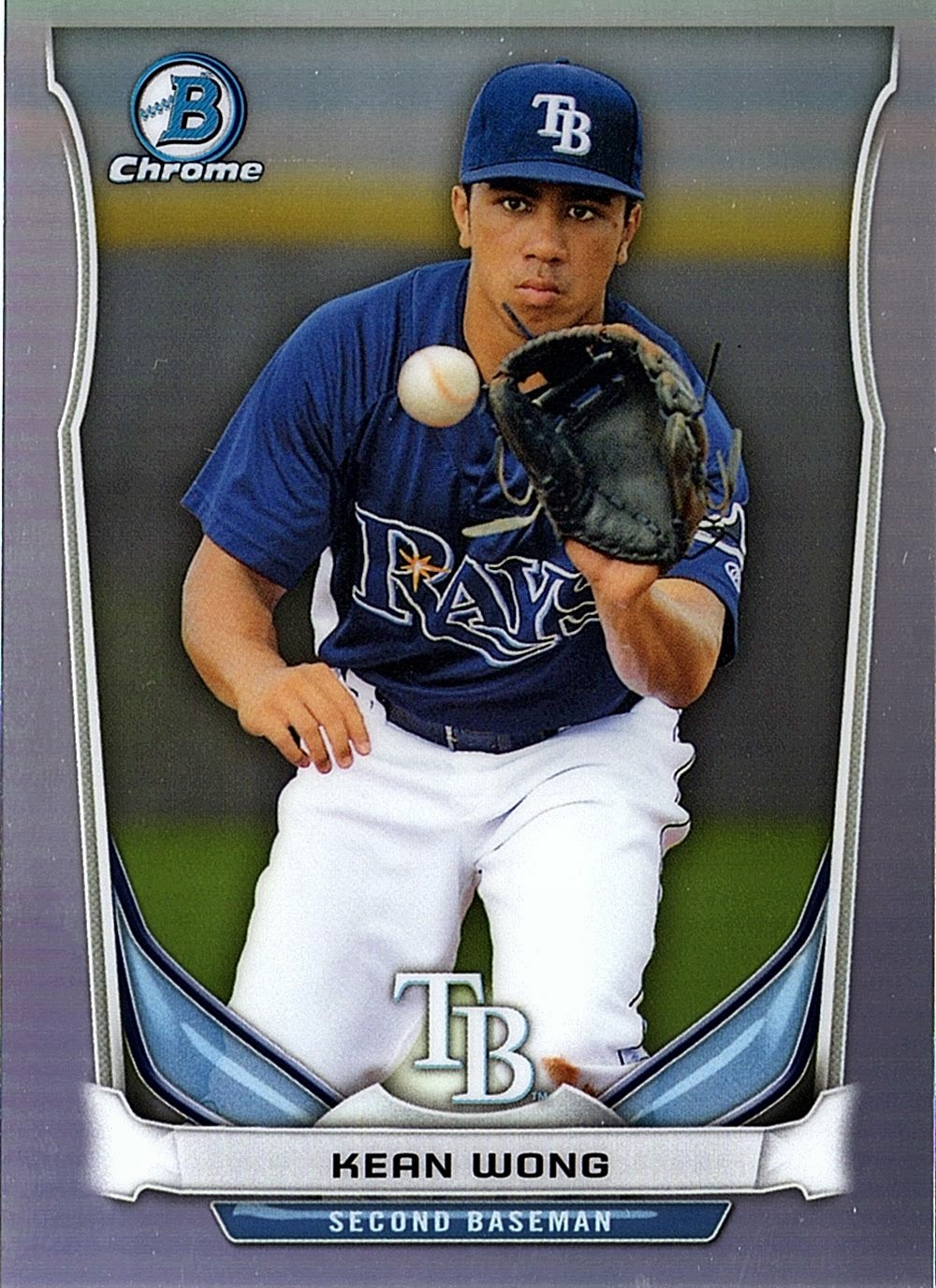 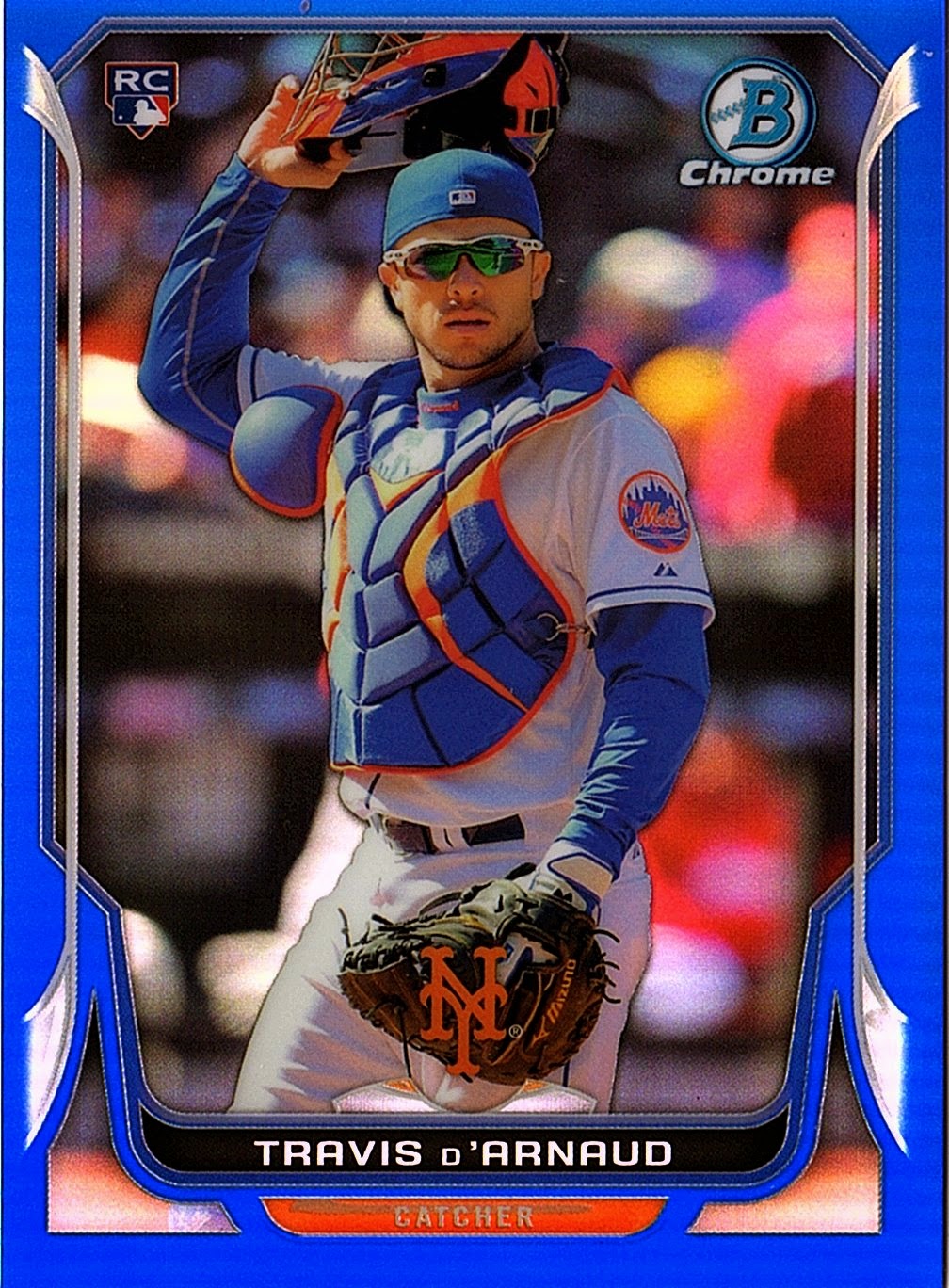 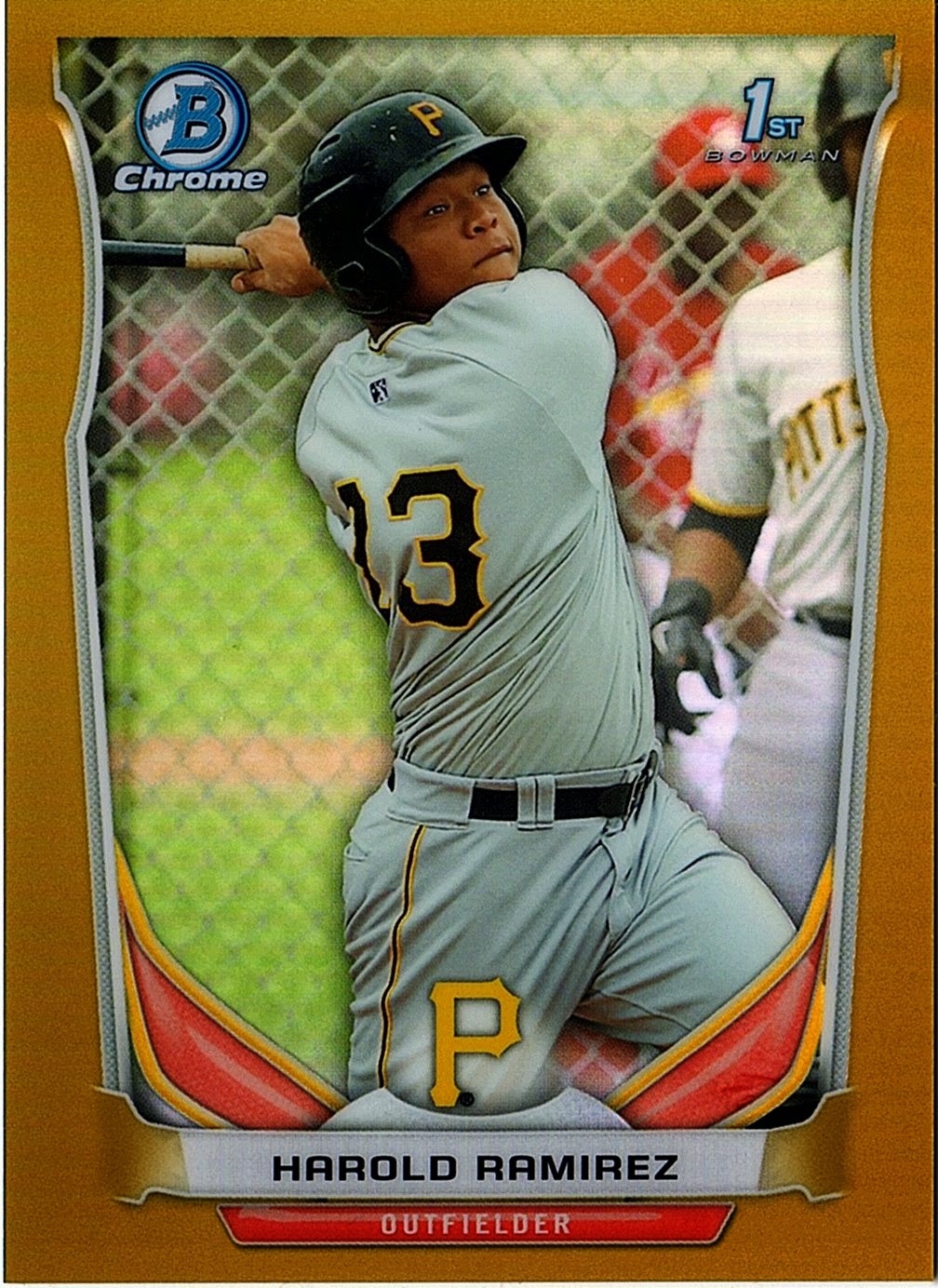 This continues my nice run of hitting good Pirate cards in boxes. Harold Ramirez is a high end prospect for the Pirates. This is numbered to /50! With Chrome you are always want to pull the numbered rookie refractors so it was a nice surprise that my lowest numbered card was a Pirate. 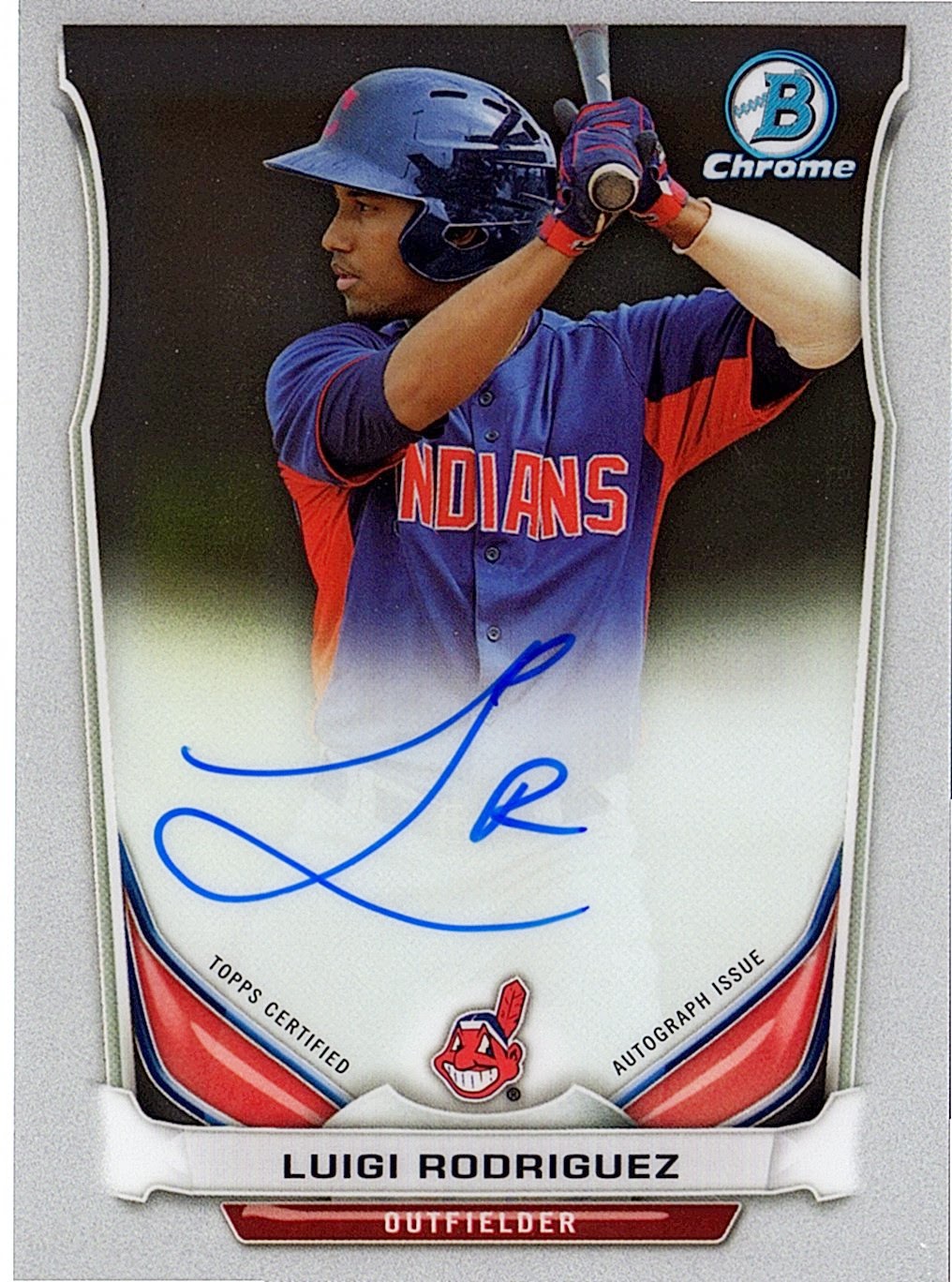 Mr. Rodriguez has an interesting auto to say the least.....

This years Bowman Chrome is a cheap bust that guarantees two autos. It is a product that in most instances will not yield any true value until a few years after you open. I was happy to pull some Pirates including the Harold Ramirez so it was a win for me. Extra bonus was that I didn't even have to pay for the box! Let me know if you are interested in any of the non Pirates.

Thanks for reading.
Posted by BobWalkthePlank at 3:27 PM