Last week I posted the results of a Bowman Chrome break in which I pulled a Travis d'Arnaud numbered refractor. This caught the eye of Tony from Tony's Sports Pub and a trade was born. Tony was super quick sending me some great Pirates. The stacks were pretty significant so I didn't scan everything, but here is a sampling of my favorites. 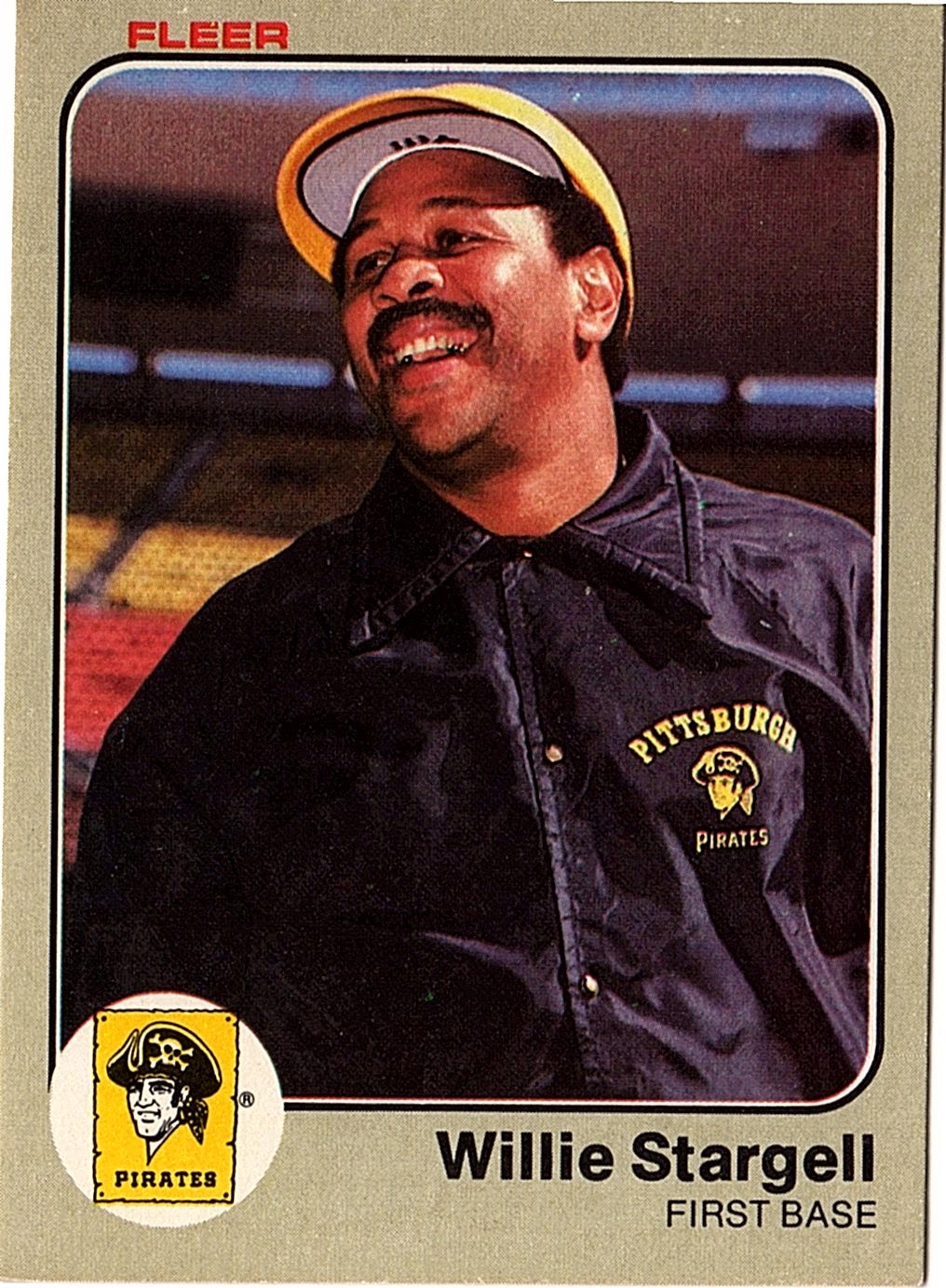 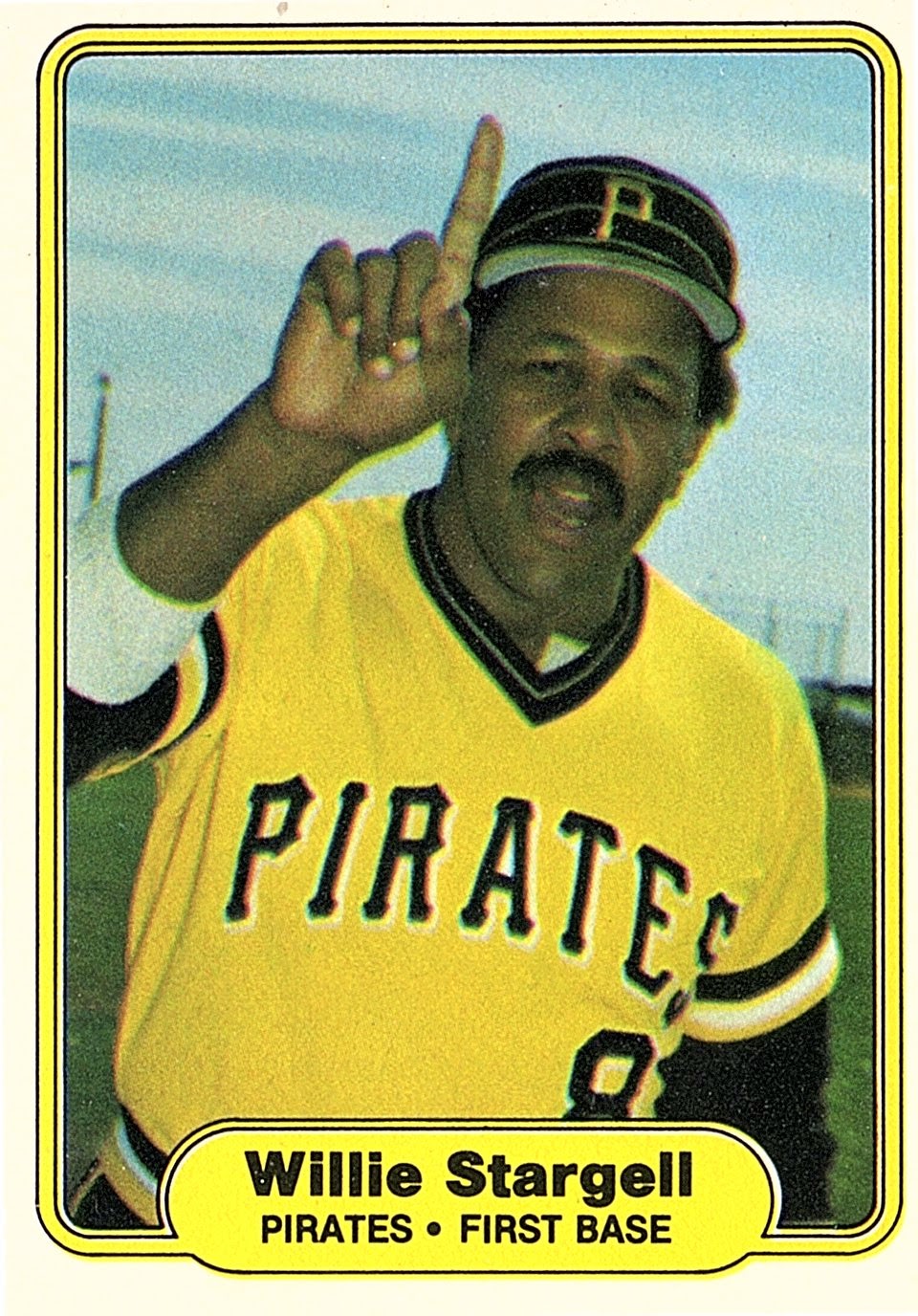 No such thing as a bad Pops card. That's right Pops you are number 1! 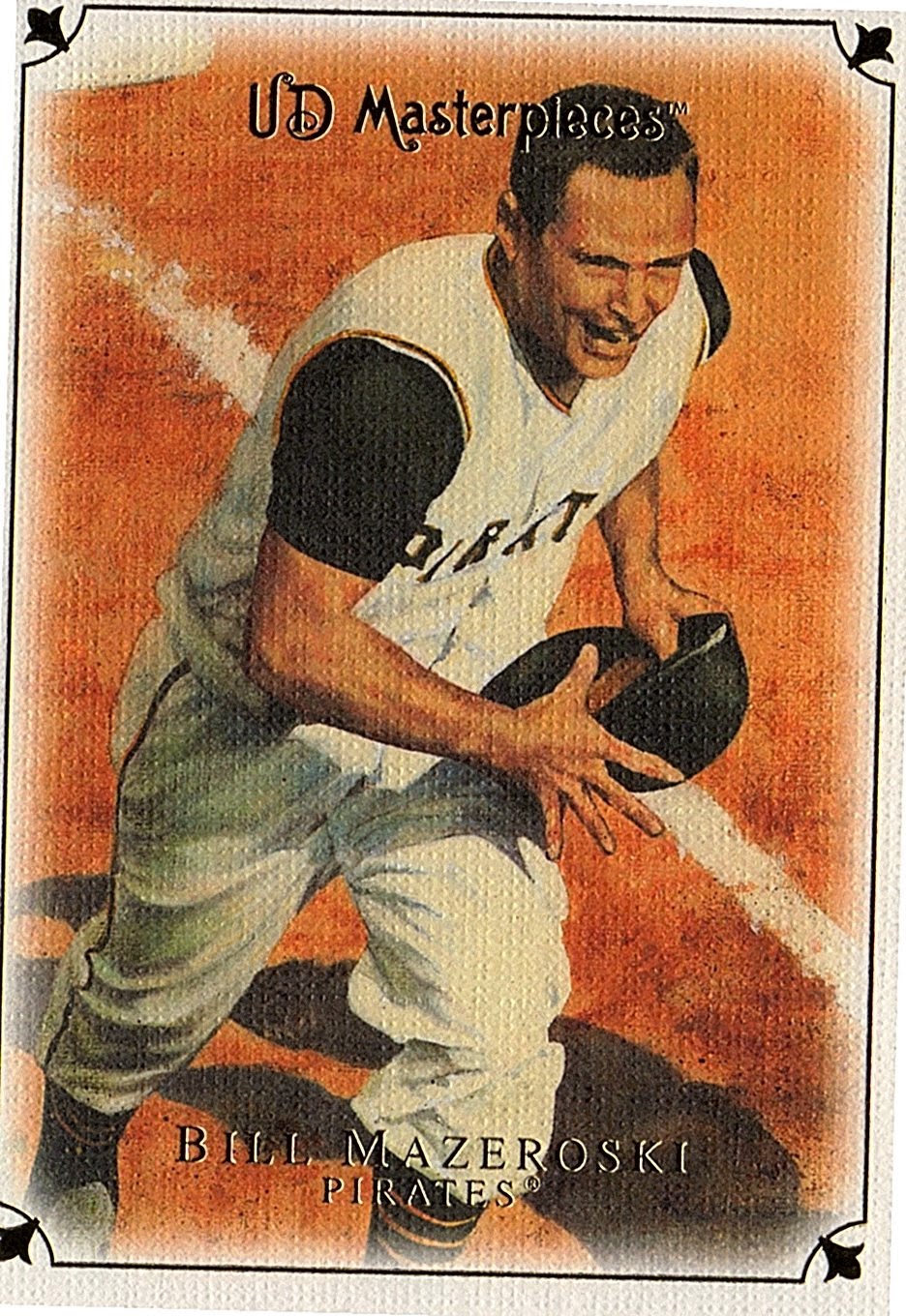 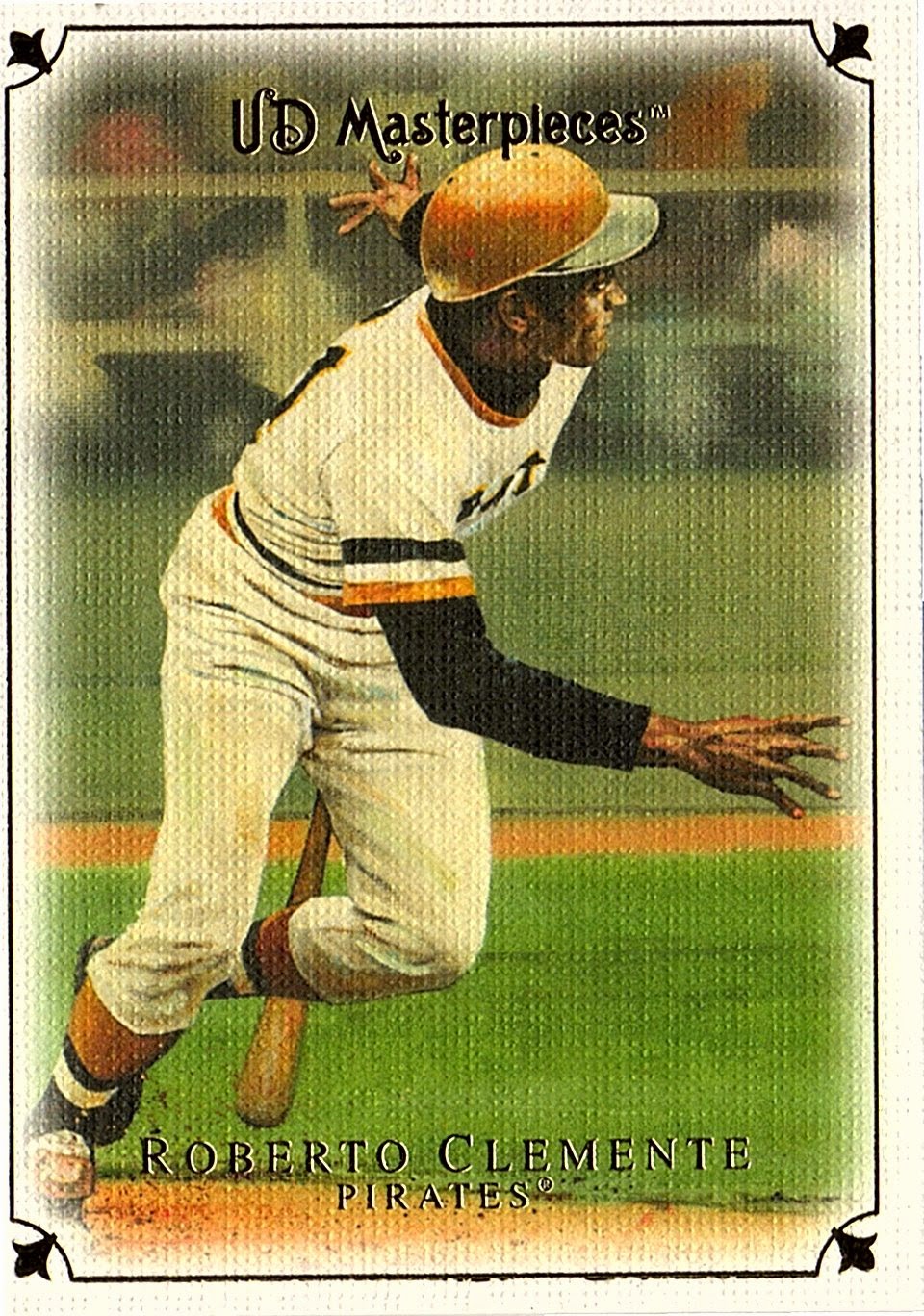 Two trades in a row in which I received Masterpieces. I love the Mazeroski.

Some rookies including Jose Tabata as a very young Yankee. I had such high hopes for him when we traded Xavier Nady to acquire Tabata, Jeff Karstens and Ross Ohlendorf. For some reason Tabata seemed to peek early. 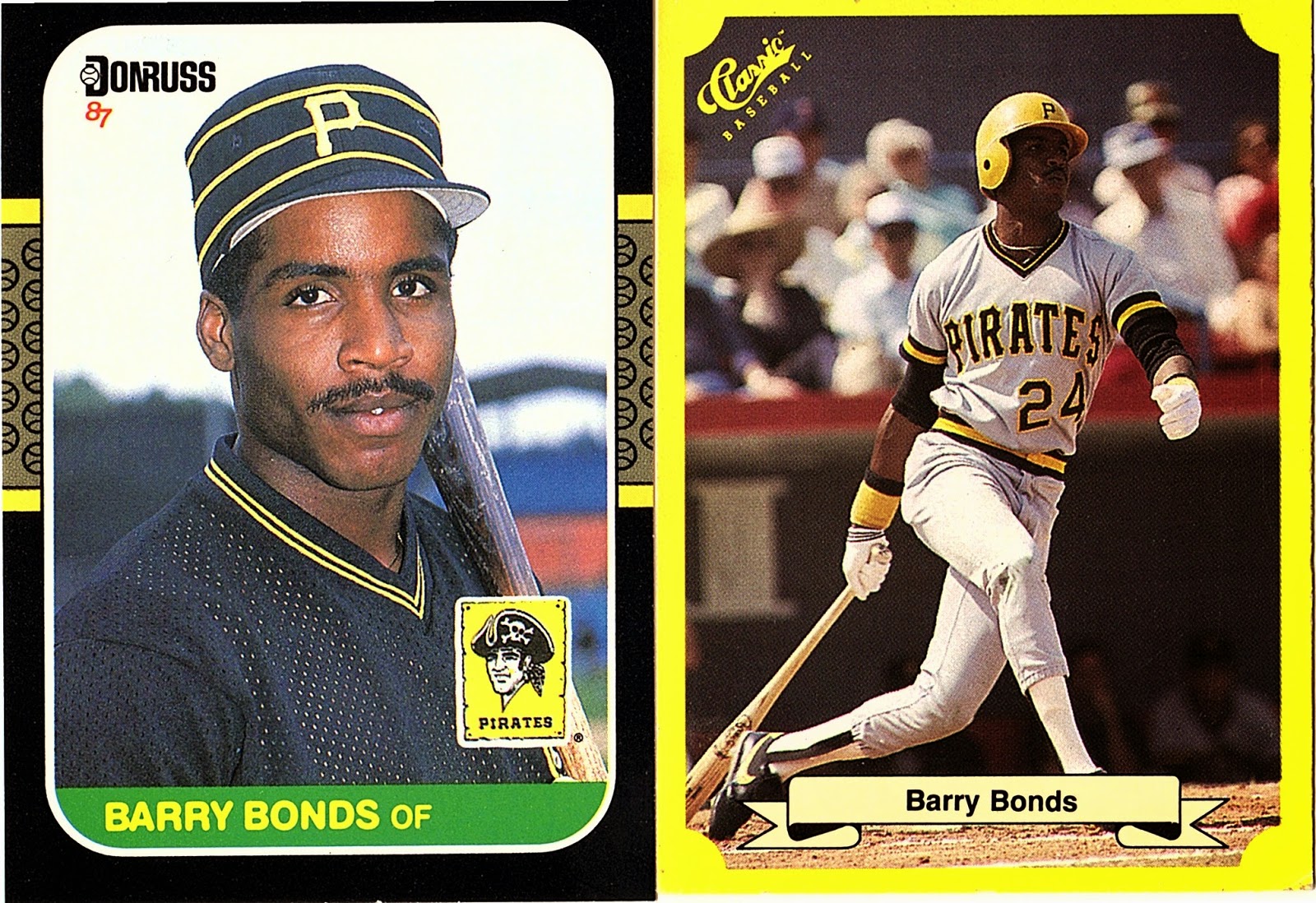 Skinny Bonds! Put this guy in the hall already. I hate the Hall of Fame voting process. 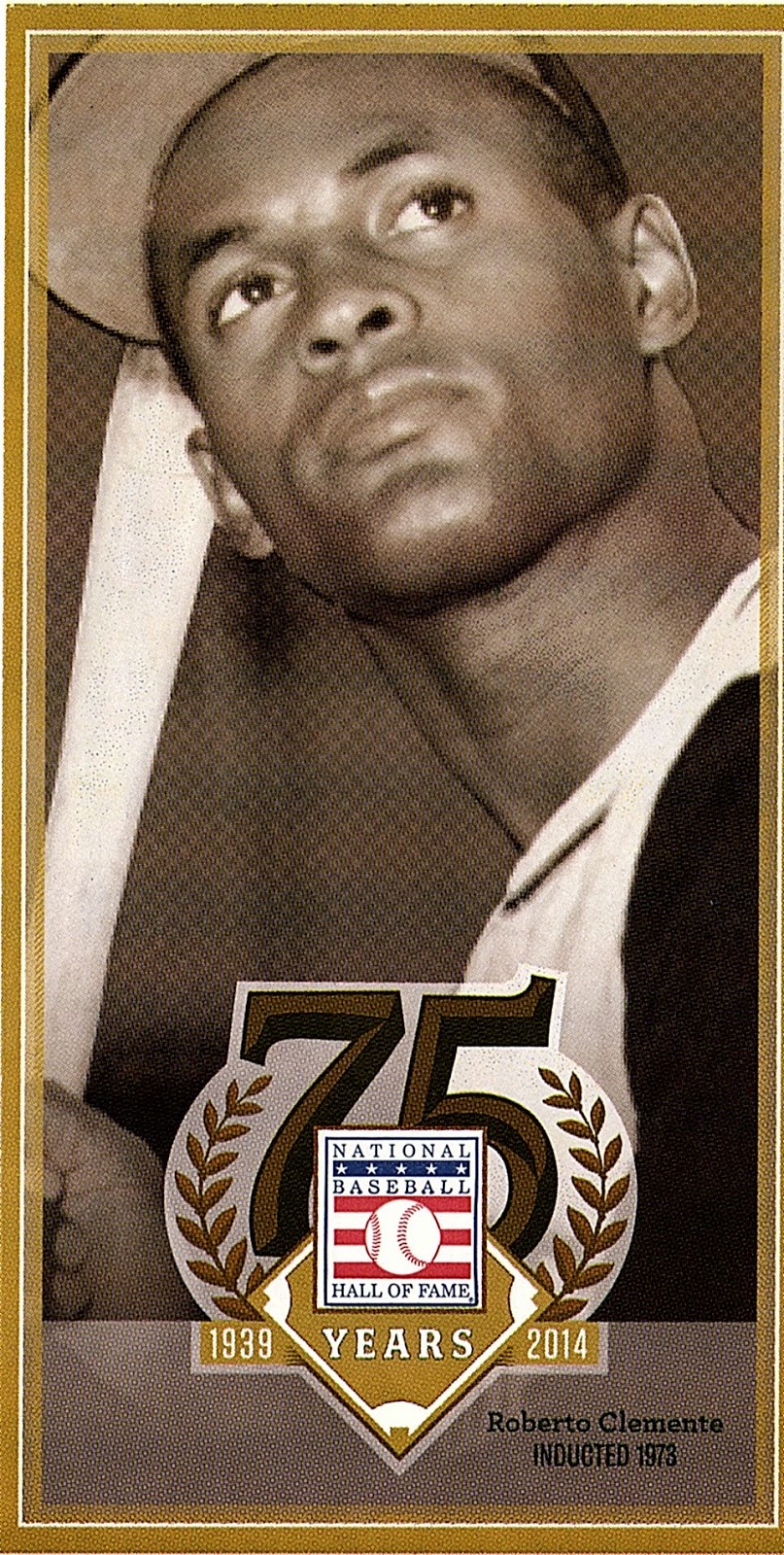 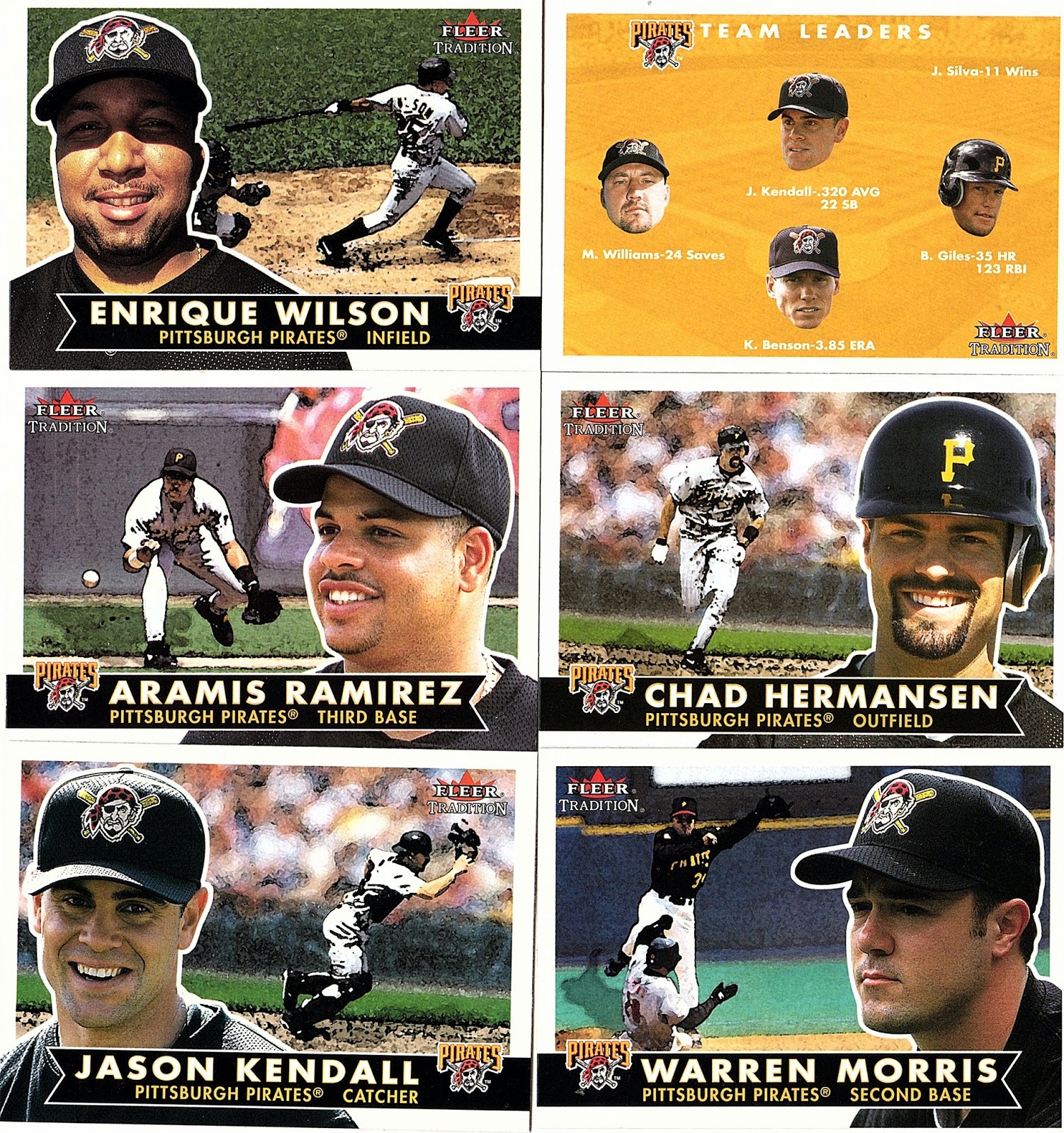 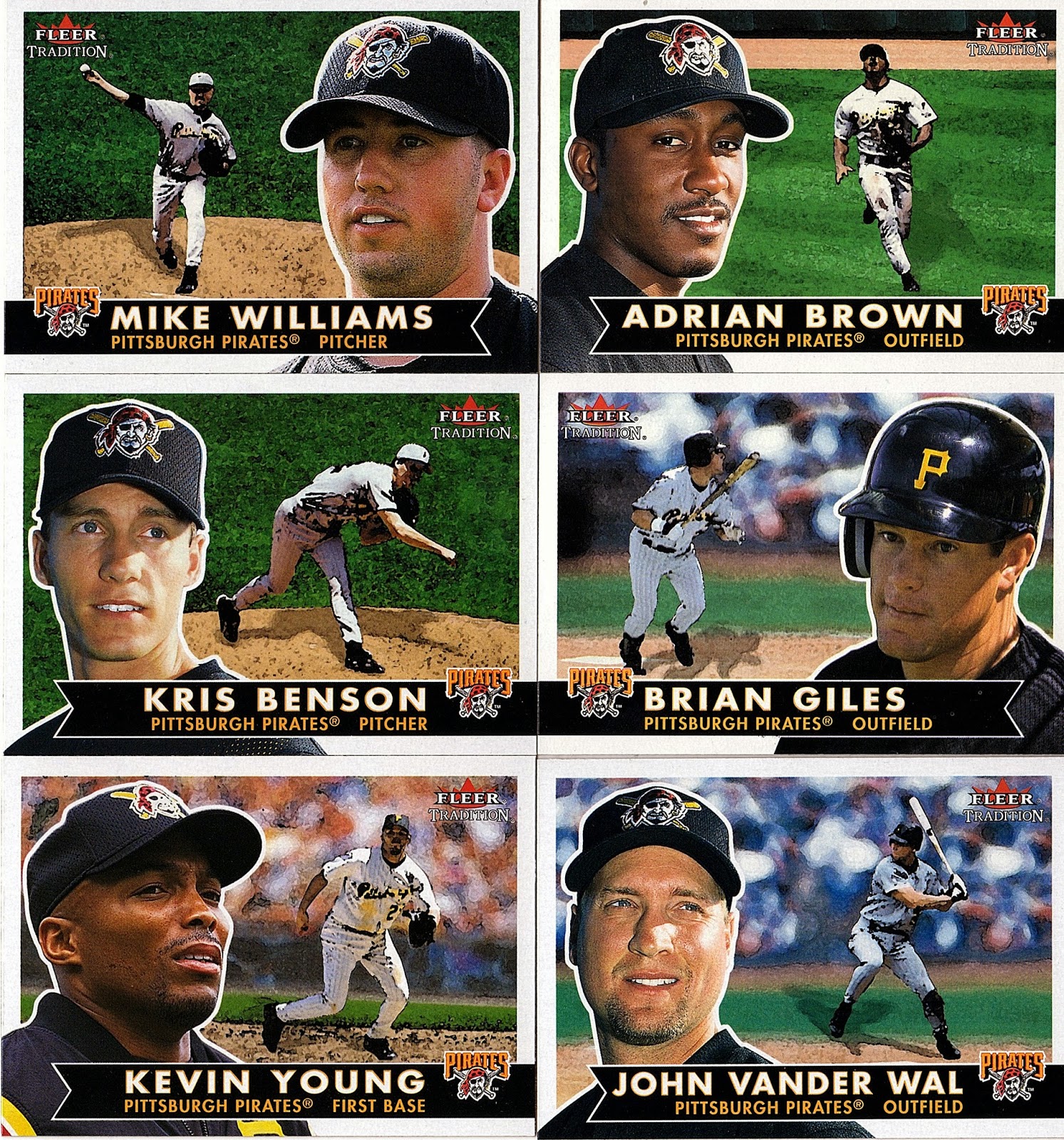 The entire 2001 Fleer Tradition Pirates team set! This team was very top heavy with talent. Premier talents like Giles, Kendall and Aramis Ramirez and flame out prospects like Adrian Brown and Warren Morris. 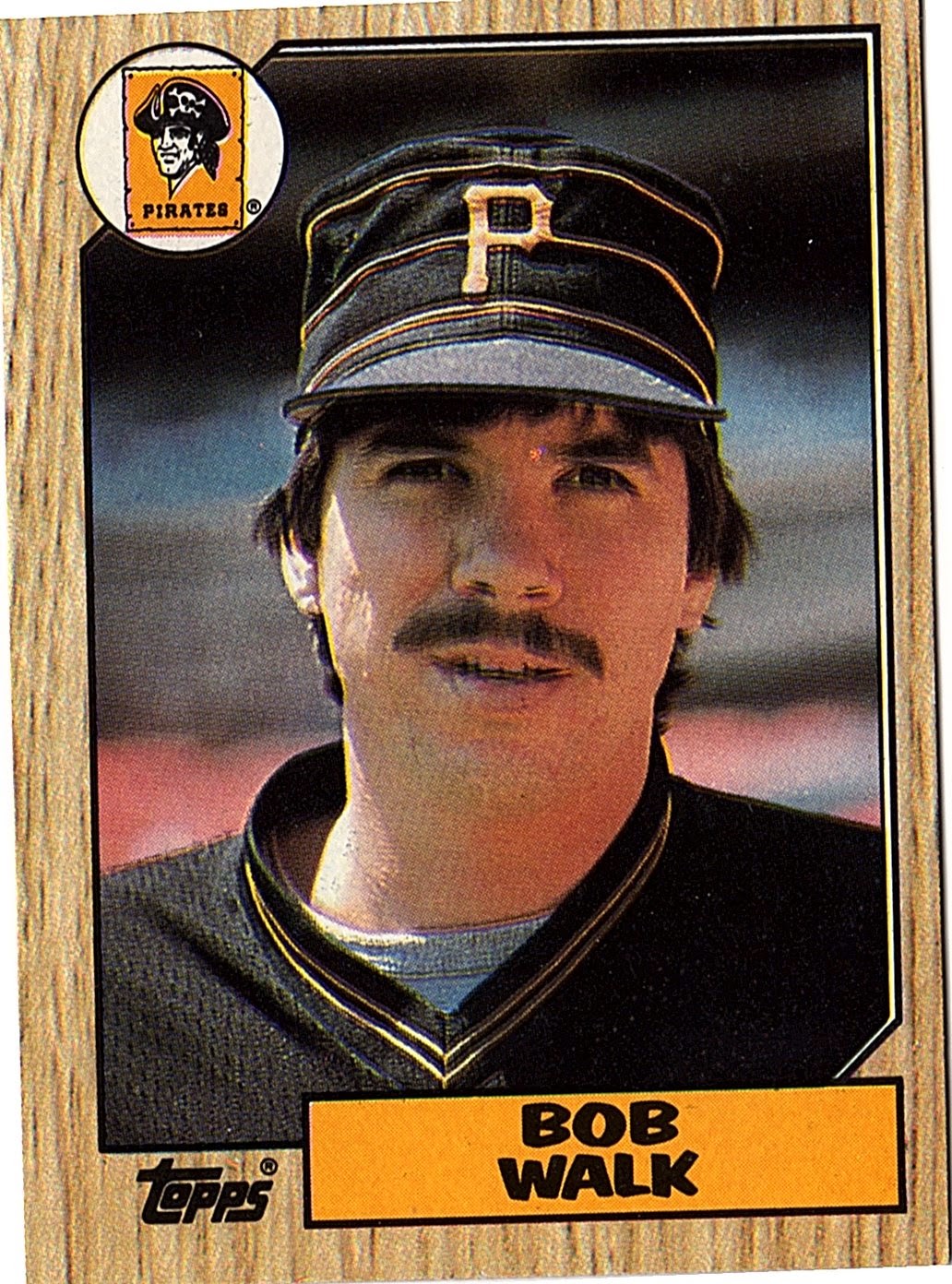 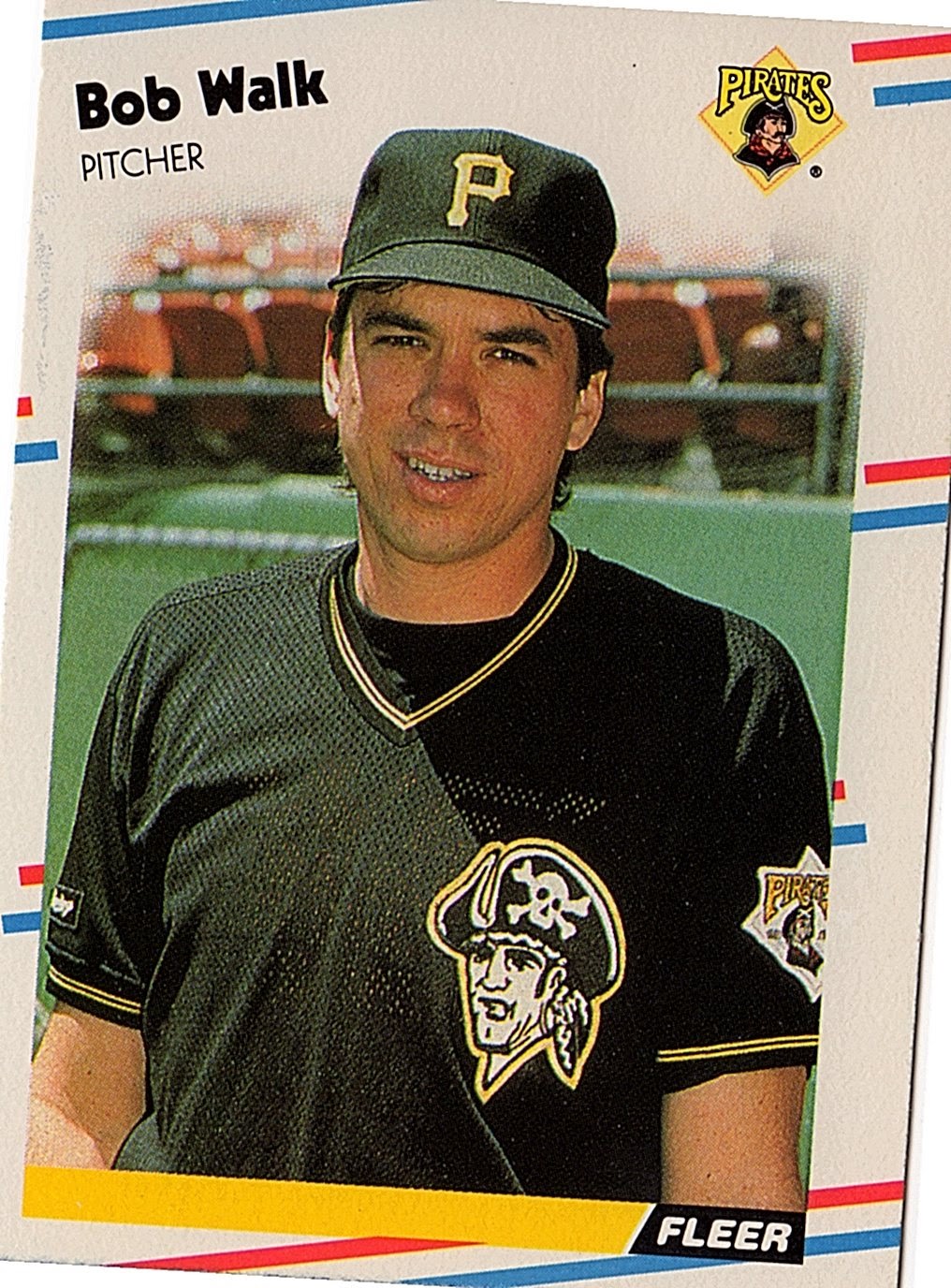 The Bob Walk tax was paid! 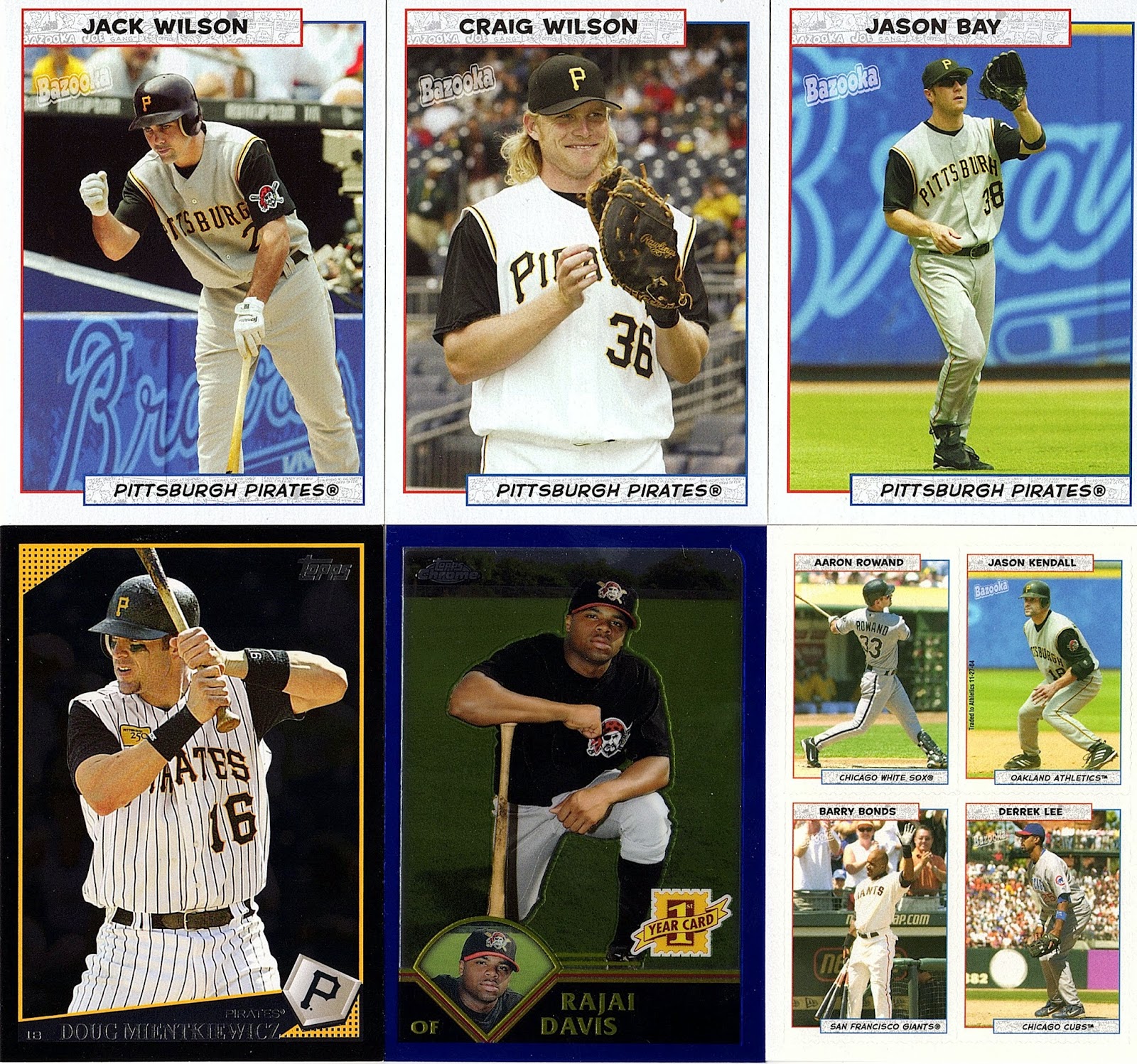 I miss the Bazooka cards. Always a fun and affordable set to open.  Be nice to have something like this to go along with Opening Day as an economical bust. 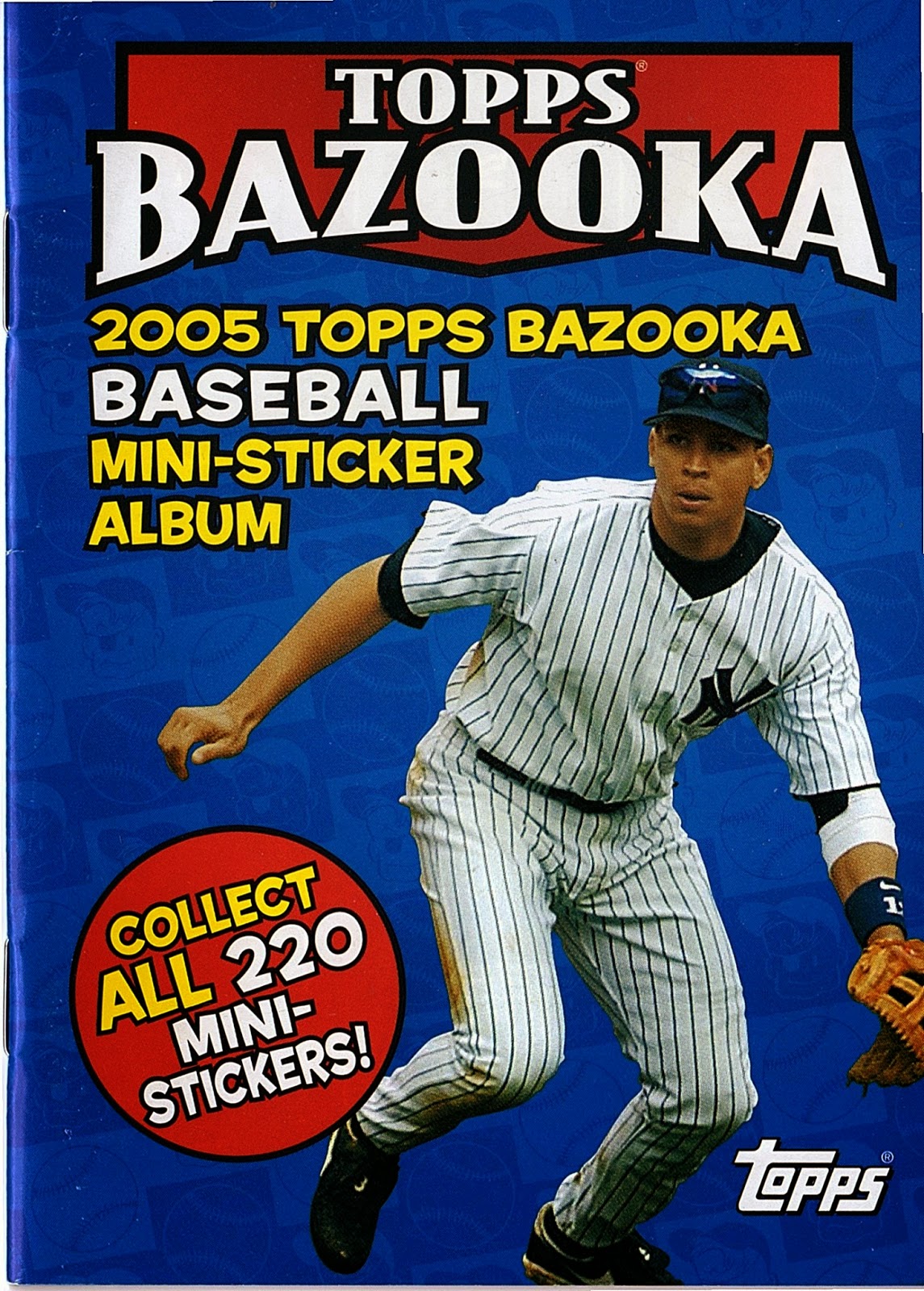 Tony even threw in the entire album to place the Bazooka stickers in. Now I feel obligated to chase them.

To wrap things up here is an awesome shot of Mclouth making a diving carch.  The Neil Walker prospect card showing only two people in attendance at the game. Tony did his homework by throwing in a WVU guy in Gyorko.

Thanks for all the great cards Tony.  You will be getting a package from me either on Tuesday or Wednesday. Looking forward to the next swap!