Mad Dog and a Dolphin

When you build a good portion of your collection via eBay it is hard to be surprised when you come across certain cards. For me when it does happen, these surprises come in two forms. The first is when I come across a card that I didn't know existed. Since I'm a team collector that puts a heavy focus on autographs this rarely happens. Once a set is released my normal protocol is to look at the checklist and make a mental note of what Pirates are in the set. Over the next few months I keep track of auctions to get an idea of what the going rate is and try to find a deal.

As most of you know life sometimes gets in the way and with some many sets being released it is hard to keep track. So was the case with this gem from 2014 Leaf Memories. 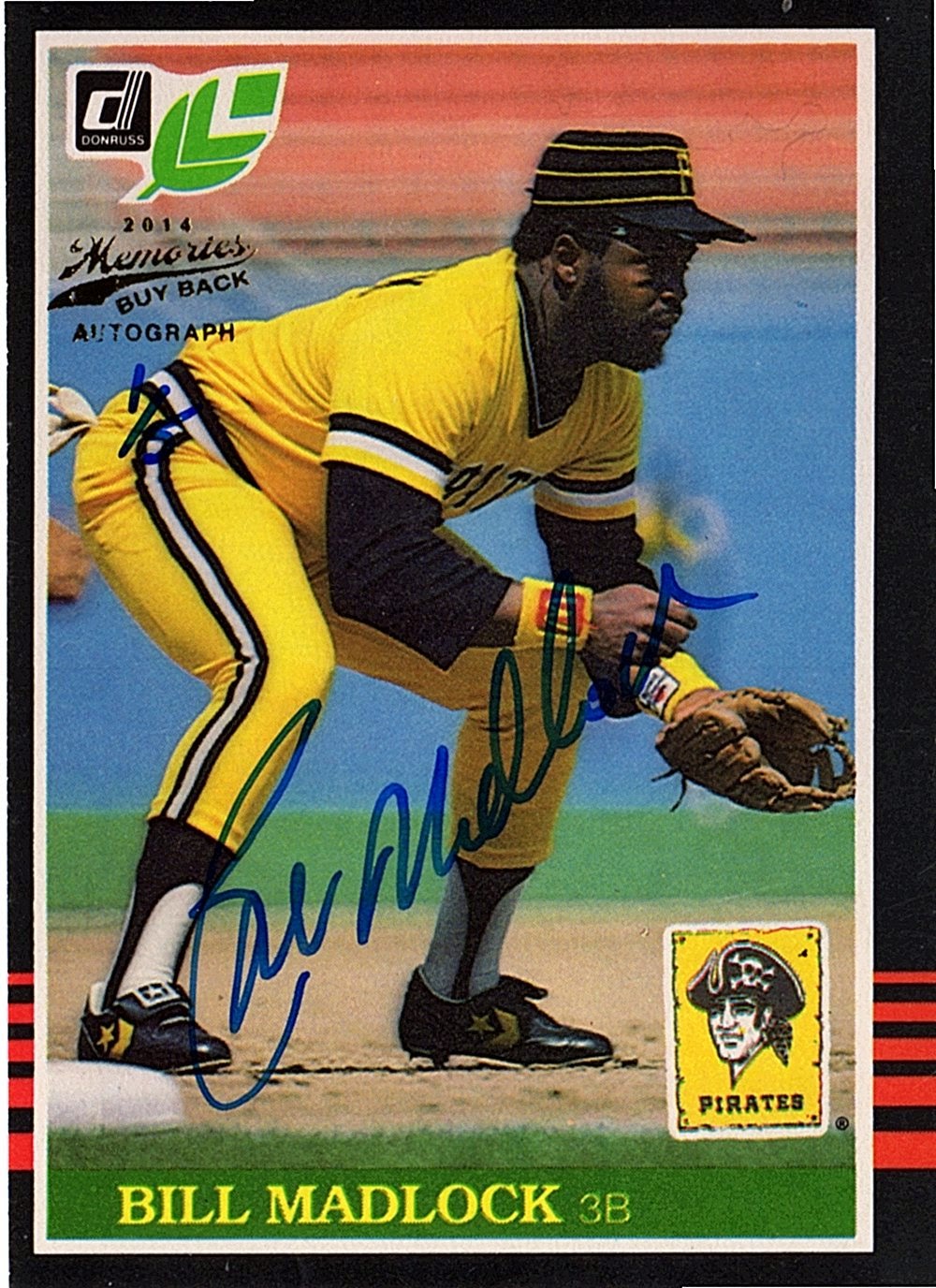 I knew this set existed since I already had this Candy Man, but never paid attention to what Pirates were in it. It is a Pirates goldmine! 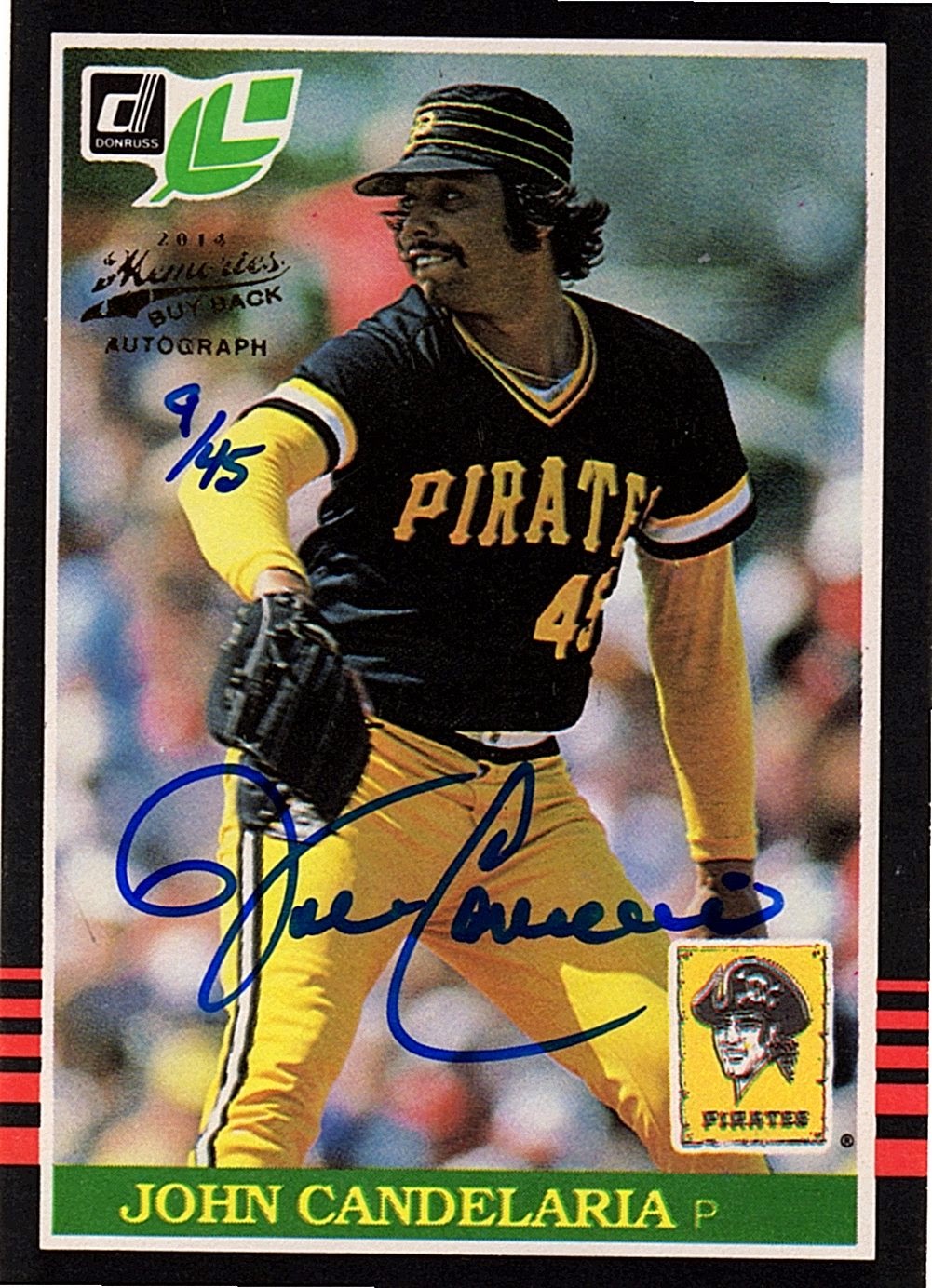 The other type of eBay surprise I was referencing is when you find that illusive high end card. When it comes to WVU players Pat White is the cream of the crop. He won 4 bowl games during his career including two BCS games. In terms of his cardboard I have just about everything you can own of Mr. White. Most of the holes in my collection are high end/low numbered releases. One such card I've been looking for was the patch/auto /99 out of Exquisite. At the time these cards were super expensive costing hundreds of dollars. Since Pat fizzled out of the NFL I make it point to fill in some of the holes in my collection now that prices are much more affordable. 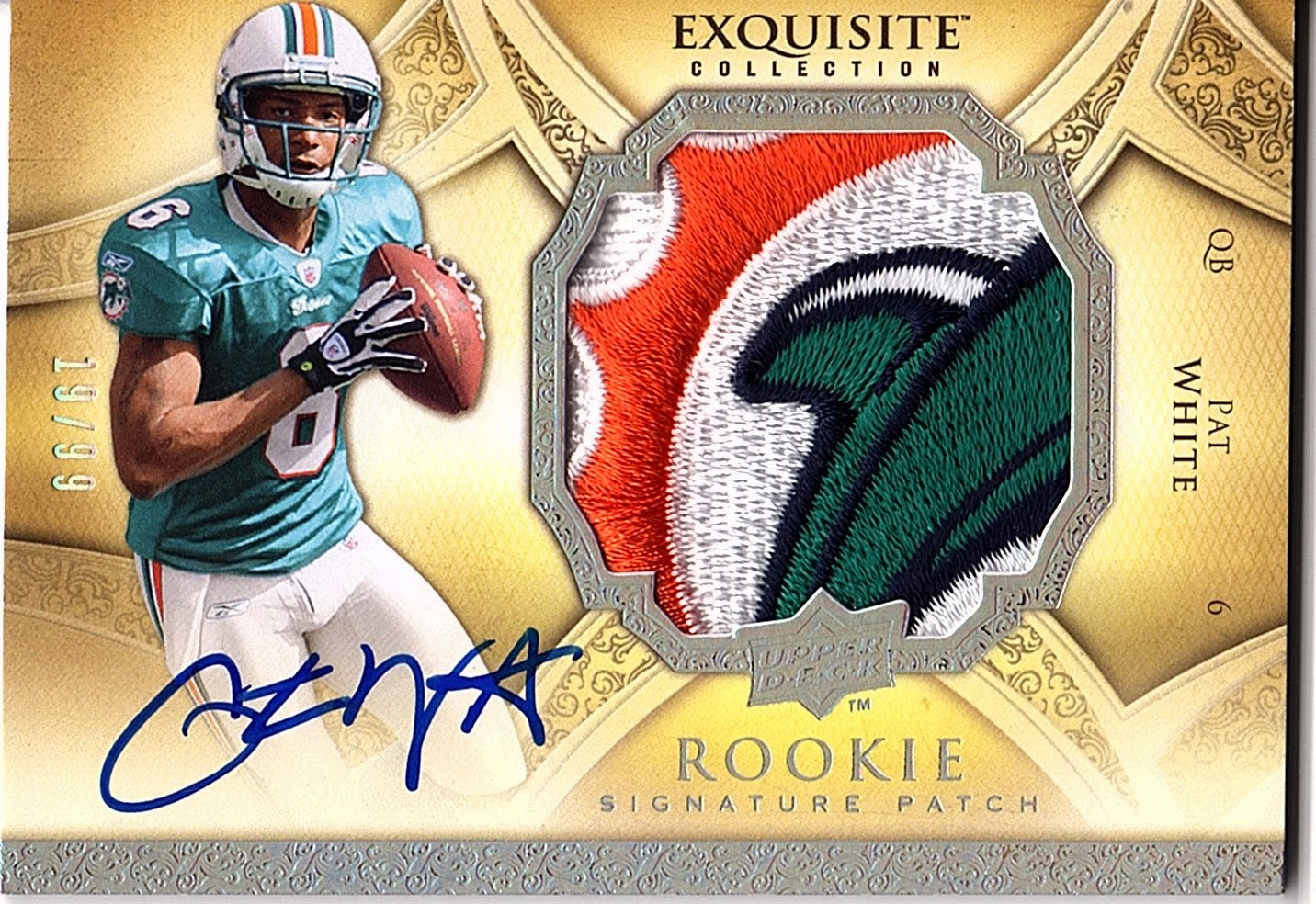 My patience paid off as I found a copy with a premium patch. I was grinning from ear to ear when this card arrived in the mail.

So there you have it. Even on eBay you can be surprised in a good way when purchasing cards. You can find a mysterious Mad Dog and catch a big fish if you are patient.