One of the other perks about going to a WV Black Bears game is that the stadium resides very close to a Target and Walmart. The Walmart is pretty lackluster when it comes to cards, but the Target keeps current with the releases. It was time for some Stadium Club!

Here were the most interesting cards. Something about those 70's A's uniforms that I love. Great shot of Mr. October. 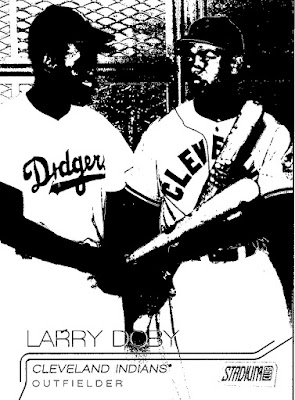 This is a bad scan, but a great card. This is actually the parallel /25 of the Larry Doby card featuring Jackie Robinson. A pretty nice pull in a blaster box. 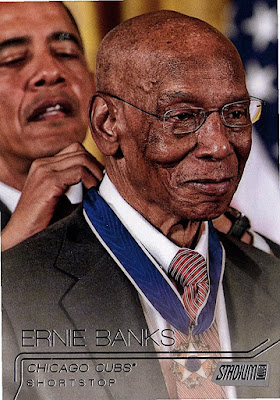 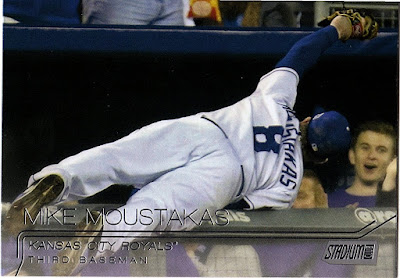 Here is Moose laying out for a catch. 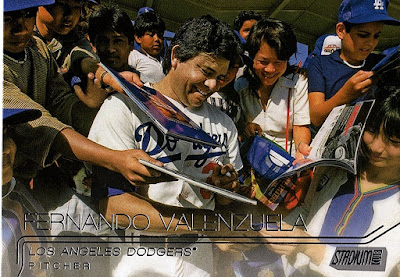 Fernando Mania in full effect. This is probably in my top 5 for the set. 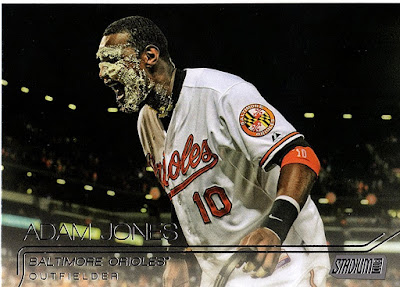 Adam Jones getting the walk off pie treatment during a post game interview. 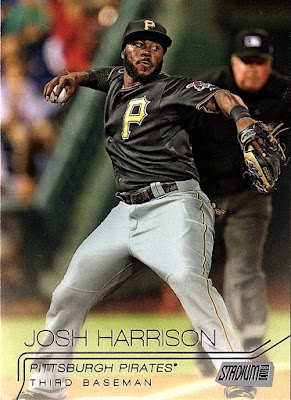 Nothing really special about the Josh Harrison, but it was my lone Pirate base card. 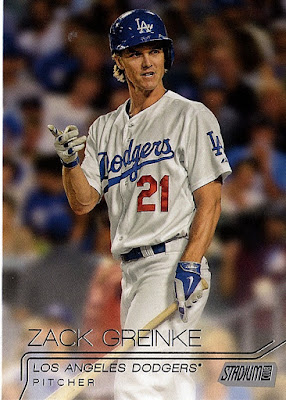 I'm a huge Greinke fan. The guy takes all aspects of the game super serious and demands perfection from himself.  While I'm sure he doesn't need the motivation having Kershaw on the team helps drive you even more.  Just a cool card of a pitcher batting. Grienke is probably telling the bench he doesn't want to bunt. 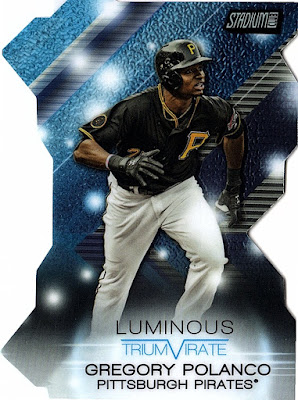 I was really happy to see this card. The Triumvirates are great cards by themselves, but pulling a Pirate made it extra cool. 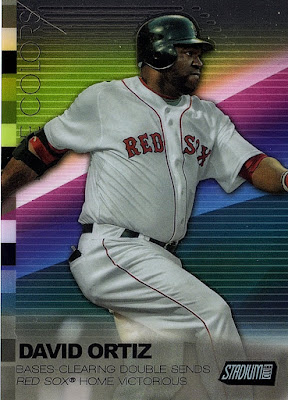 I guess as far as insert sets go this is an ok card. Easy to get overshadowed by the base cards and the Triumvirates. 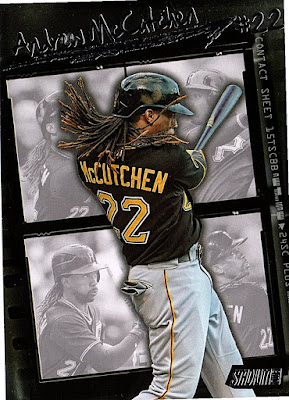 Have to end with Cutch. I miss the dreads.

The funny thing about these two blasters is that the /25 Larry Doby and the inserts were all pulled from the same box. You never really walk away too unhappy with TSC anyway, because the base cards are the main attraction.

Posted by BobWalkthePlank at 11:43 AM