Always nice to get some cards from the Night Owl! We would probably swap more if it wasn't for all the great Dodger blogs out there. Only so many Dodgers cards to go around. Check out Greg's latest installment. 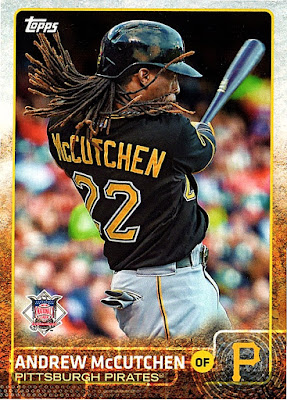 Might as well start out of with the franchise. Maybe I should start a post dread Cutch mini collection. I was a fan of the Topps design this year. Change is good! 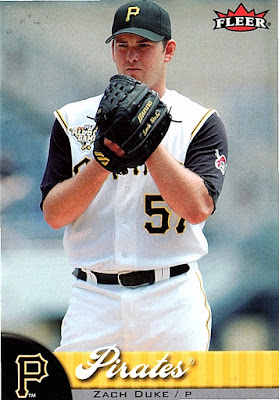 Heard a neat story about Zach Duke the other day. Current Bucco Joe Blanton credited Duke for bringing him back to baseball. They are neighbors in the offseason in Nashville and started working out together. After some convincing by Duke, Blanton decided to give baseball one more shot. So far the results have been pretty good. 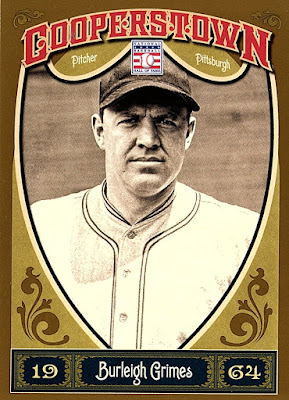 I like the Panini Cooperstown sets. The checklists are fantastic. Probably the neatest thing about Grimes is that he was one of the few guys that were allowed to continue to throw the spitball after it was banned. 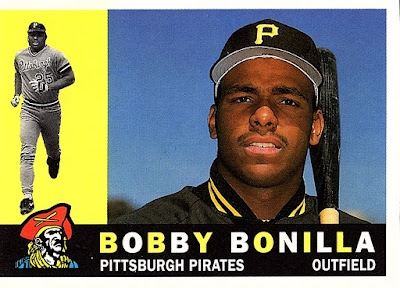 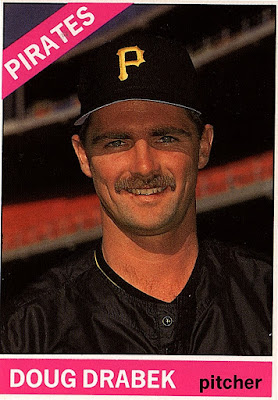 Some Topps magazine cards of Drabek and Bonilla! 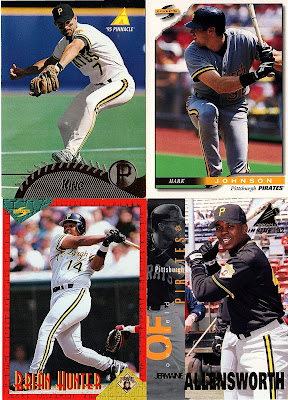 Jeff King was a personal favorite when I was growing up. I was sad when he went to Kansas City. That Score Brian Hunter is a wild card. Yay 90's! 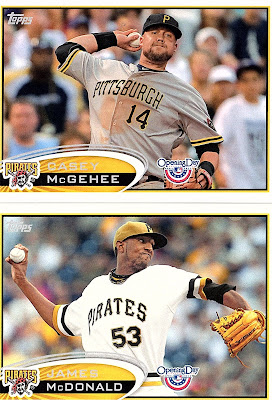 Former Dodger James McDonald. Still not quite sure what the Dodgers were thinking when they sent McDonald and Andrew Lambo to the Pirates for Octavio Dotel.

Taillon's prospect status has taken a hit the last two years because of injuries. Tommy John surgery cost him 2014 and now and abdominal injury looks looks to have finished off his 2015. By the time next years rankings come out I'm assuming he'll be 4th or 5th in the system.

For auto collectors Bowman Platinum and Sterling were nice ways to accumulate top prospect autos at a much cheaper price than Chrome.

Thanks for all the great cards Greg! I'll continue to try and find some unique Dodgers for your collection.

Posted by BobWalkthePlank at 11:09 AM