My wife and daughter are out of town tonight. Usually when we are separated it is because I'm out of town for work. Such an odd feeling to hear silence at home. Rarely do I get to sit in front of a computer before 9pm to do blog related activities. It is 6:30! I've also just cracked a nice beer that I had tucked away from our 4th of July party. I probably should have a nice unhealthy bachelor meal tonight. The possibilities are endless, but first cards.....

Always a pleasant surprise to get a pwe in the mail. My new trading buddy Jeff from Wish They Still Came With Bubblegum sent an envelope full of great stuff. It was a nice assortment with an emphasis on WVU. 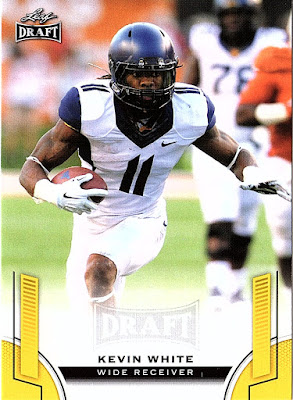 I think the Bears will be a nice fit for Kevin White. Cutler is not the greatest quarterback, but he can throw the deep ball. That should play right into White's skillset. 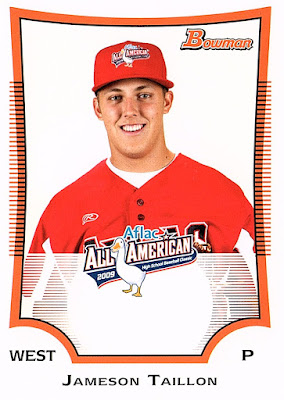 Taillon has been injury proned the last two years. First Tommy John and now an abdominal issue. Without the injuries he would have made his debut at some point last year. While his prospect status has taken a hit, he is still young and has time to right the ship. Their is a reason Fangraphs called him the best high school pitching prospect since Josh Beckett. 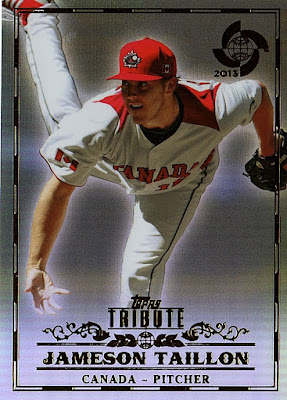 Taillon was born in Florida, but his parents are Canadian so he is dual citizen. He was the youngest player on team Canada. I've picked up several cards from this set over the past couple of years as the Team Canada uniform made for some nice patches. 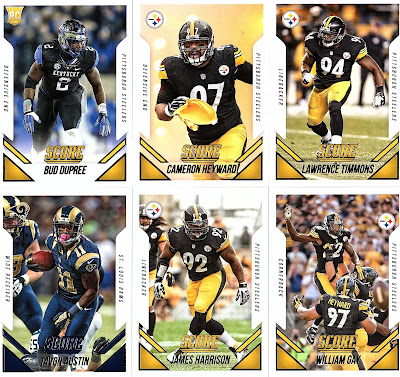 For about a 5 year stretch I was a pretty active Steelers collector. I still pick up a card from time to time, but most of my additions these days are blog trades. 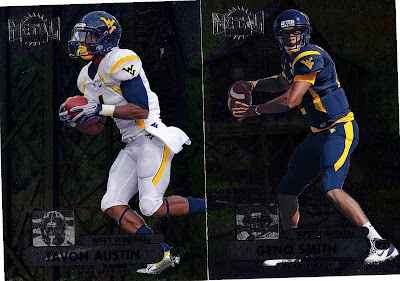 Hard to get a nice scan of the Metal Universe cards. These cards look like they are straight from the 90's. I love them! Extra bonus for some nice WVU uniform shots. 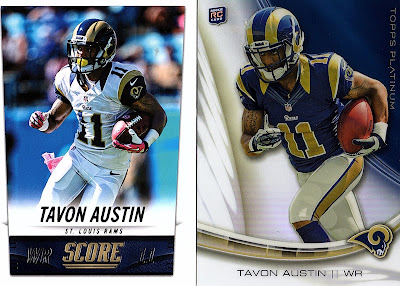 I'm worried about both Stedman Bailey and Tavon Austin. Sam Bradford was always hurt, so the Rams go and make a trade for another injury proned quarterback in Nick Foles. I cherry picked a lot of the WVU guys from Topps Platinum. Good set to find some value buys. 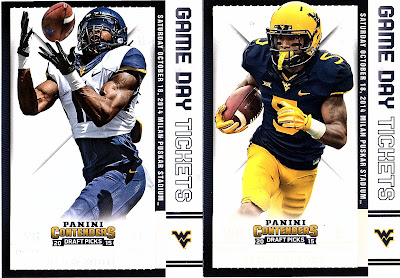 I was probably most excited to see the Mario Alford card. You can always count on Contenders producing cards of the lower draft picks and free agents.

Thanks a ton for the cards Jeff. I'm still waiting for one card for your contest winnings. I think you will like it!

Thanks for reading.
Posted by BobWalkthePlank at 6:53 PM