Glad to be back with some trade posts! This time around Jeroen (aka The Dutch Card Guy) hooked me up with a bunch of Pirates from his recent breaks. The trade pipeline to Europe is strong with the likes of Jeroen and Kevin from The Card Papoy. Go trade with them. 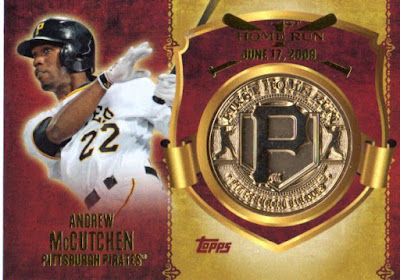 This Cutch commemorates his first homerun back in 2009.  He is now approaching the 150 mark. 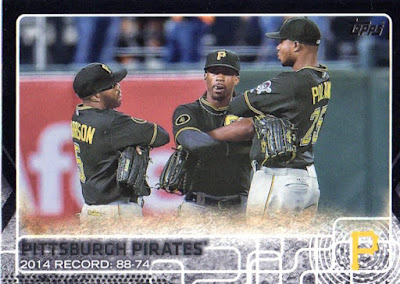 Anybody that reads my blog knows I love this card. I already have one of the plates and the silver frame so this was a welcomed addition. This parallel is /64. Just wish that Marte was on the card instead of Harrison. I love Harrison, but Marte is the regular left fielder. 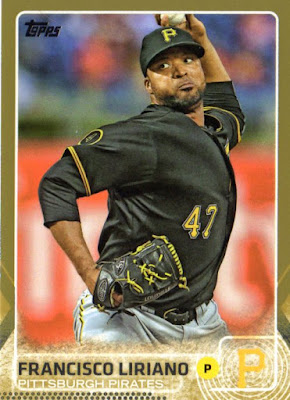 Liriano has done a nice job regaining the form that made him a force as a young pitcher with the Twins. His biggest issue with the Pirates is that he is never one to go deep into games, but he more than makes up for it by being one of the harder pitchers to hit in all of baseball. 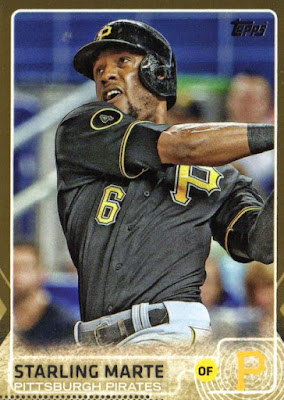 Marte is the prototype player the Pirates look for. The Pirates have made it a habit to scout these type of players for the draft and internationally. Players like Gregory Polanco and Austin Meadows seem to fit this mold. 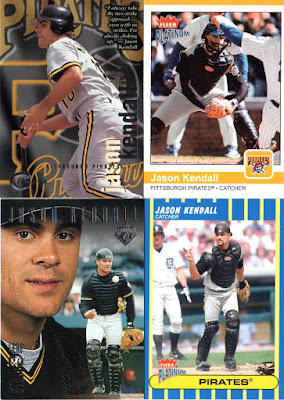 Kendall and Brian Giles were about the only guys to root for in the late 90's and early 2000's. 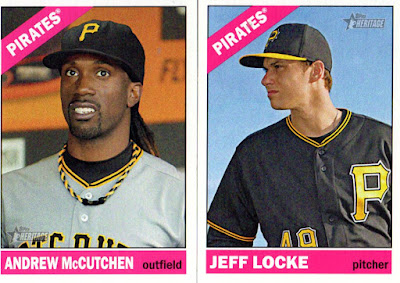 I feel like Jeff Locke is pretty lucky to still be in the Pirates rotation. You would have to think if the Pirates hadn't lost most of their minor league depth that at some point this year he would have been replaced. I think the Pirates like the stuff, but the command still has yet to come around. 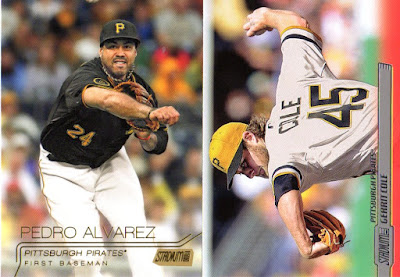 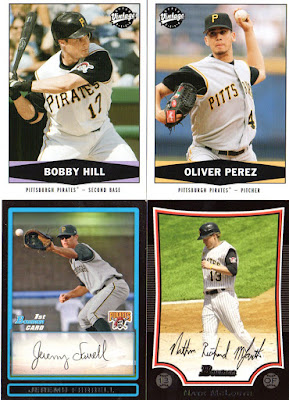 Some fun old Pirates to finish things out. Oliver Perez has went the route of Zach Duke and revitalized his career as a left handed reliever. It feels like the Pirates traded away Nate Mclouth 50 years ago. That is the trade that opened the door for McCutchen and also netted Jeff Locke and Charlie Morton.

Thanks for all the great cards Jeroen. I'll be sure to hit you back soon.

Thanks for reading!
Posted by BobWalkthePlank at 6:07 PM