This past weekend was a whirlwind. Right after work Friday I drove to Canaan Valley which is a ski resort about two hours away from my house. My wife's family gather there every year to hangout for a long weekend. While my time was short there it really is a beautiful area untouched by most commercial elements. It is the kind of place you want to go if you are looking for some isolation or possibly avoiding a warrant for your arrest.

I stole this picture, but this is a nice shot of the lodge. 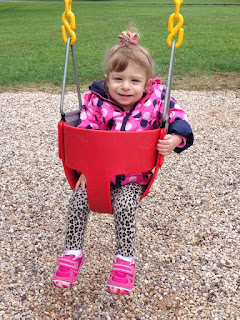 My daughter approved of the swing. Even in the middle of summer it can get pretty cool in the evenings, hence her jacket.

The worst part of the weekend was the driving. On Saturday my wife and I hopped in the car and left Canaan to head to Pittsburgh. Mapquest said the trip should take a tad over 3 hours but it was closer to four when it was all said in done. The Pittsburgh area has a lot of major construction going on right now so in order to avoid even longer delays you have take a lot of back roads.  While it was a little bit of an adventure we made it in plenty of time for the game. 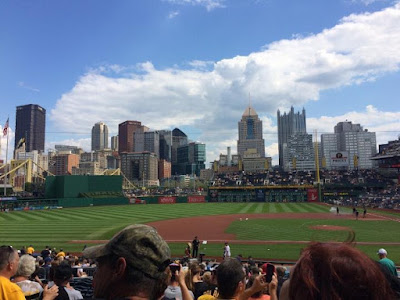 It was a really nice day for a game. I'm a huge fan of the 4pm start times on Saturday. Good bit of Dodger fans at the game as usual when they make their yearly trip to PNC. 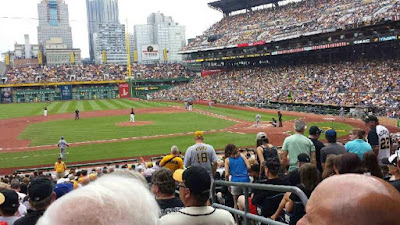 The game itself was very wild. Both Mat Latos and Francisco Liriano had command issues. The good thing is Liriano was able to do this....

If you don't follow the Pirates then it might be hard to fully appreciate this moment.  Let's just say Francisco doesn't take his hitting that seriously. The homerun was his first ever extra base hit. 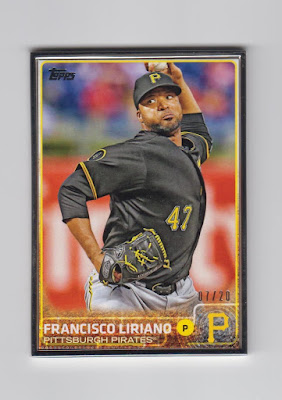 Good as time as any to show the Liriano silver frame. Liriano has so done a good job of justifying the 3yr 39mil contract the Pirates gave him. Every so often he'll have an outing like he did on Saturday, but for the most part he has given the Pirates some pretty dominating starts. The biggest downfall is that being a strikeout guy he often doesn't make it past 6 innings as the pitch count goes up.

The Pirates would go on to win the game 6-5 as the bullpen held the Dodgers to one run. 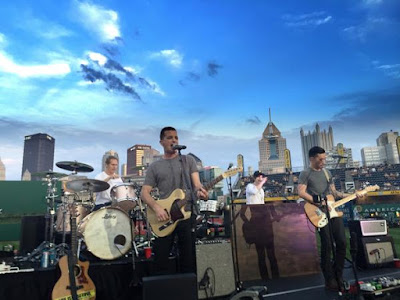 After the game we were treated to a show by O.A.R.  They played for a little over an hour which gave them enough time to hit most of the songs you would want to hear from them. If you haven't seen or heard O.A.R before they are one of those bands that sound better live than on an album. 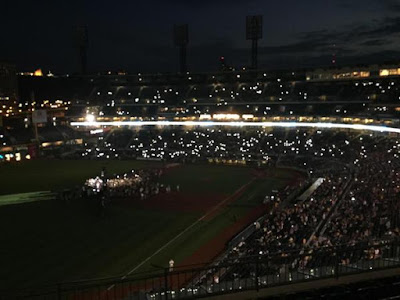 I pulled both pics from the bands twitter account. The stage is set up right behind second base. 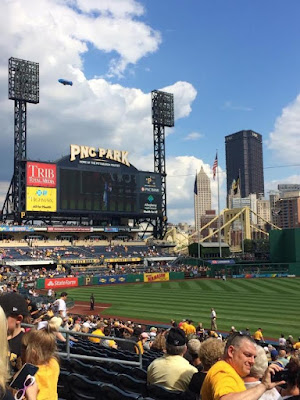 The games had a lot of national tv exposure this weekend so of course you get a blimp. 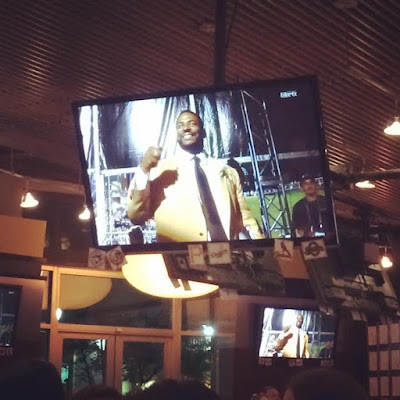 After the game my wife and I went to Jerome Bettis's restaurant for some drinks. It was a pretty cool atmosphere as he was getting inducted into the Hall of Fame that night. 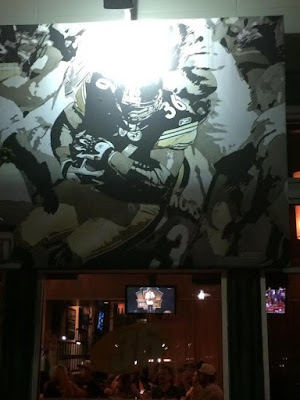 This is the mural that is hanging outside.

While it was an exhausting weekend, I did have a blast. With my work schedule and the craziness of every day life, my wife and I rarely get time together. This was a welcome mini vacation. The Pirates were able to cap off the weekend by completing the sweep on Sunday Night Baseball last night. The only frustrating thing is that the Cardinals sold their souls to the devil in order to win every game this year. You would hope to gain a game when you go 7-3 in your last ten, but the Cardinals also went 7 and 3.


Posted by BobWalkthePlank at 2:48 PM