Kevin and I are finally back to breaking some boxes. This time around it was my turn to pick. Part of the reason for the gap between breaks was that I was waiting for Stadium Club to come down a little in price, but it stayed pat the better part of the month.

I decided to go with 2013 Hometown Heroes and Diamond Kings. HH is a good set to provide autos on the cheap as 3 are guaranteed and DK gave us a chance for some high end cards at a very reasonable price (plus I love the set).

I'm not going to showoff the base of Hometown Heroes or DK since I've done that a few times on the blog. I have plenty of doubles of the HH commons as well as a few DK. Just let me know if you need anything. 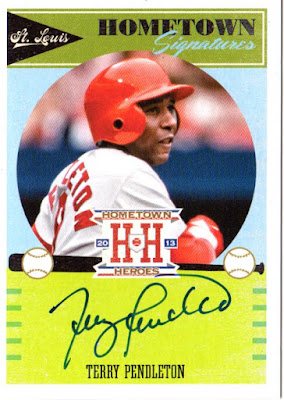 I've always been a magnet for Pendleton cards over the years. He was never one to have a ton of autos, but the few he did have always found a way in my collection. 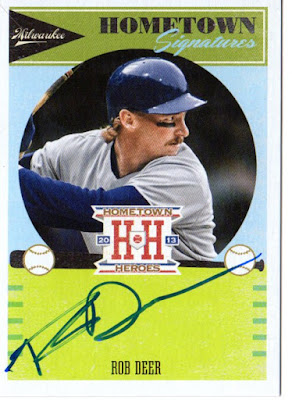 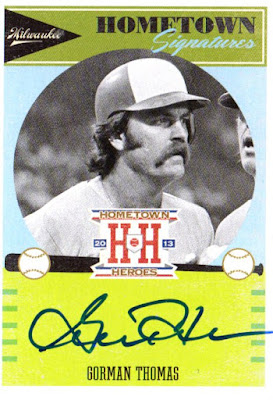 A couple of Brewers. You need these Tony? 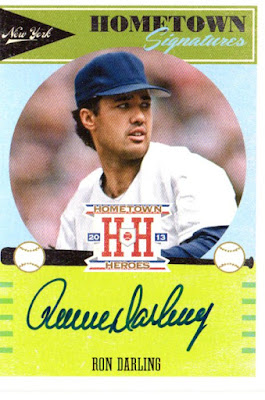 Ron Darling has an interesting signature........

Two things to take note from these autos. First we pulled an extra auto! The box guarantees 3, but we pulled the 4th. This is the second time this has happened to me opening Hometown Heroes which is pretty cool. The second item of note is that that all the players were NL which means they stayed with me on the breaks. Both Kevin and I always feel a little guilty when this happens, but we always end up sending a ton of cards to each other anyway. We're all winners!

Now for some DK! 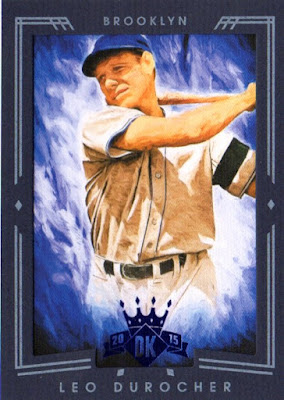 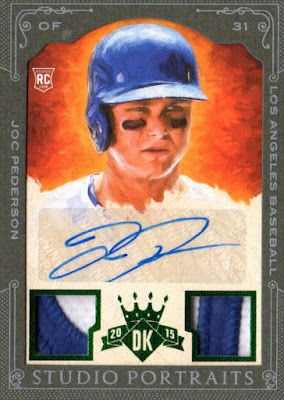 I know he is struggling right now, but this is one of my better pulls in a while. I knew something good was coming out of the pack because of the thickness, but we lucked out that it was the auto/patch variation. If you recall from our last break I pulled a Steven Strasburg dual patch /10. 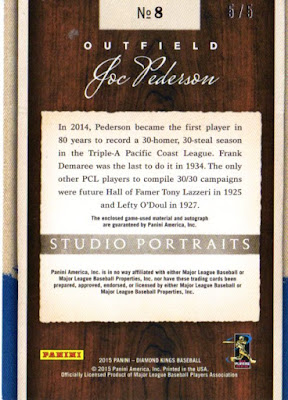 Here is the back with the serial number on the top right, 5/5. Not too shabby.

This was one of the those breaks where I felt a little guilty since both box boxes were NL dominated. The important thing is that we actually pulled some nice cards. Much rather one of us hit big than pulling nothing at all. We are finding out over time these tend to equal out over the long run.