I always try not to take this time of year for granted. Watching 20+ years of shitty baseball makes you appreciate things a little more. So with the Pirates in thick of the pennant race I try to watch as much baseball as humanly possible. When I'm not watching Pirates, I tend to channel all my energy into wishing a ten game losing streak on the Cardinals. For the most part pennant race baseball is awesome.

One thing for the life of me that I will never understand is expanded rosters in September. Baseball has a lot of silly traditions that people gush over, but you will be hard pressed to find someone that really enjoys September call ups. I get the fact that you might get to see the debut of a top prospect, but have you tried watching a game between two teams that are out of the race.  It is unbearable. Between multiple pitching changes and double switches you are likely to see a marathon 9 inning game.

Pretty much every year an article comes out asking why the hell baseball continues with roster expansion. For the most part managers hate it, especially those in contention. Clint Hurdle likened it to a Spring Training game. Even when the Pirates were terrible, September call ups usually meant AAAA type of players rather than top tier prospects.  It was not fun watching multiple pitching changes in one inning just so management could get a look at fringe prospects.

The obvious fix would be to lower the overall number of players allowed to be on the active roster. You could still call up all the players, but the manager would have to come up with "active list" before each game. This seems to be the consensus favorite fix.

The funny thing is when you 'Google' "why do rosters expand in September in MLB" it gives more reasons on why this shouldn't happen than explaining the actual rule. Supposedly it was put in place to reward minor leagues who had good seasons, but rarely is the case. The Pirates will call up guys who have lots of experience rather than guys who had good years in AAA.  You will see the likes of Brett Morel and Travis Snider before seeing prospects like Tyler Glasnow and Alen Hanson.

Overall it is a minor annoyance in an otherwise awesome time of year. It just seems like something that would be an easy fix. Maybe now with pace of play being so important this can finally be looked at

In the meantime lets all enjoy crowded dugouts that look like this..... 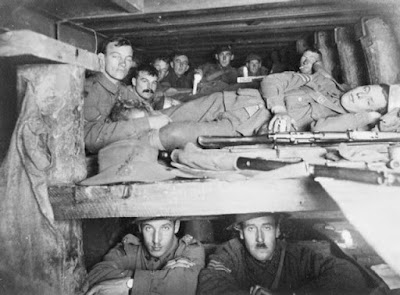 Posted by BobWalkthePlank at 7:42 PM