Here are some pics of the Pirates game last night.  It just so happened that it was Star Wars night as well! Lots of fun costumes could be found all over the stadium.  I took the pictures from the stands, but stole a few pictures from the local news for some of the better costumes. I tried about a dozen times to take pictures of some good costumes, but it was just too crowded in the concourse. 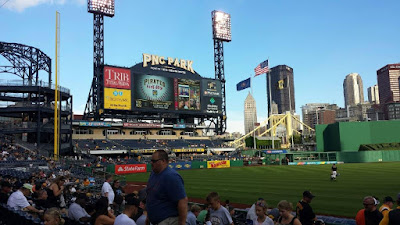 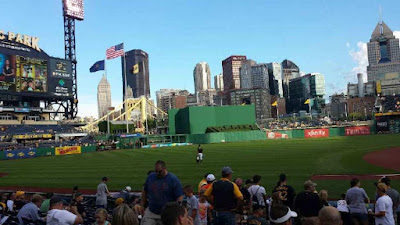 Couple nice shots from my seats. 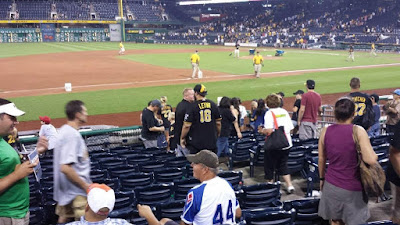 This picture cracks me up.  My brother and a friend of mine have this ongoing battle to find obscure jerseys. I felt this was a rare find.  It you notice right in the center their is a guy wearing a Nick Leyva jersey. Leyva is the first base coach for the Pirates! I feel this has to be one of my greatest finds. 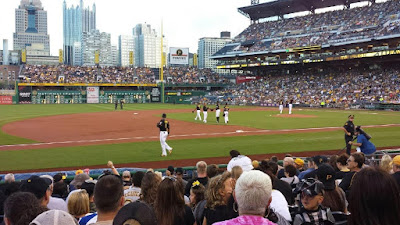 Little Darth Vader was a couple rows in front of me. 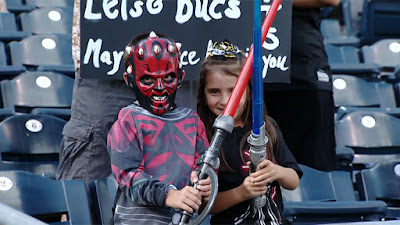 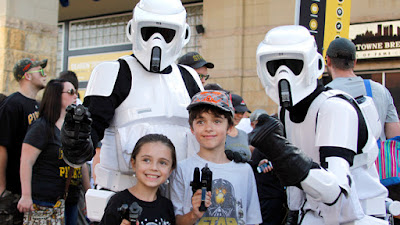 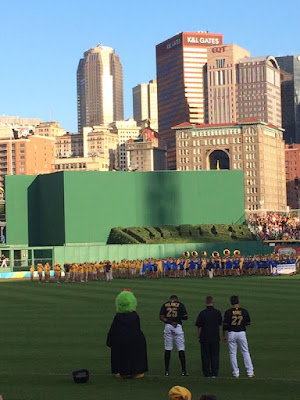 Kind of a cool shot of the skyline with a dressed up Parrot. My brother and law got this shot. 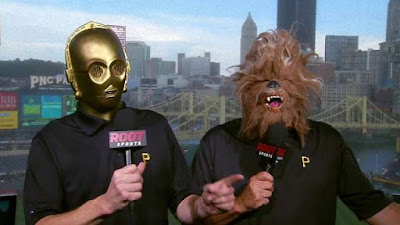 Overall it was a great day. The Pirates won 4-1 behind some solid pitching and I even won a few bucks at the casino. Pirates start a big 4 game series with the Giants this weekend in which two games will be nationally televised.  Pennant chase baseball!

Thanks for reading!
Posted by BobWalkthePlank at 7:07 PM