Brad is a Cowboy Astronaut Millionaire 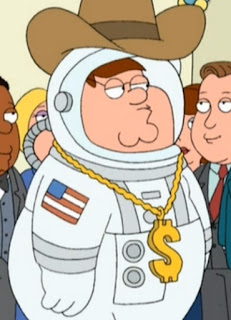 A couple weeks back Brad from Brad's Blog was getting rid of some excess cards.  The only requirement was you had to list your collecting interests. So I told him I collected Mike Trout autos and pre war, graded 10 tobacco cards. While Brad couldn't deliver any of those he sent me something twice as good. 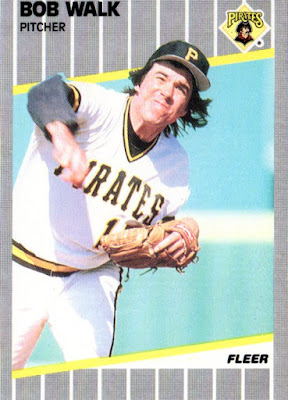 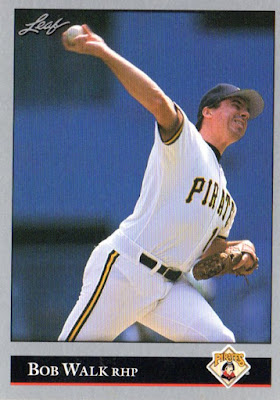 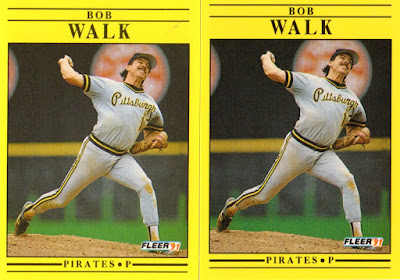 Four cards of the legend! Brad was just showing off by sending two 91 Fleers. I guess that makes sense since he is a cowboy astronaut millionaire! 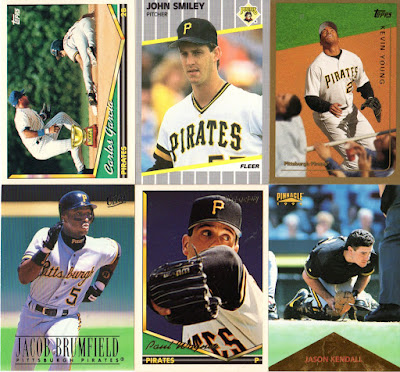 The highlight of this bunch is the 96 Pinnacle rookie of Jason Kendall. Supposedly Kendall was a huge asshole, but he was fun to watch. His skillset was so unique for the position as he had great speed to go along with a high obp and gap power. 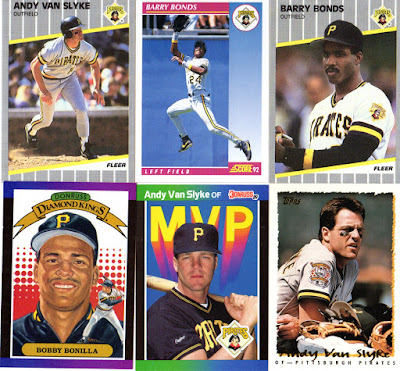 The core of the early 90's Buccos. 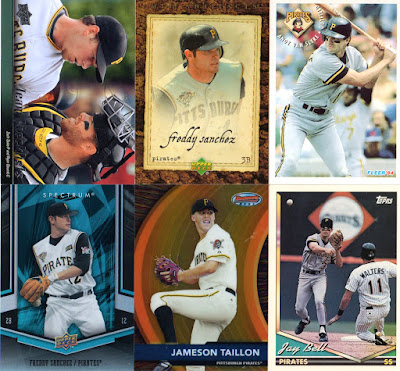 A lot of cool cardboard here. The Van Slyke is a Sunoco oddball which is pretty cool. I've received a few of these since I started the blog. Not many Sunoco's in my area so it was nice to receive them.

I saw that Jay Bell still ranks in the Dbacks top 5 free agent valued contracts of all time. Obviously Mr. Grienke sits on the very top. 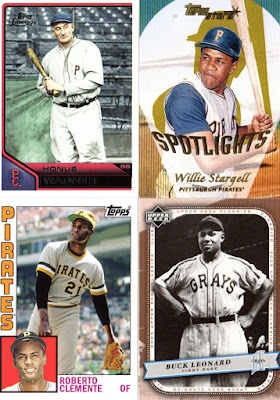 Legends! I've always been partial to that Honus tops card. One of my favorites. 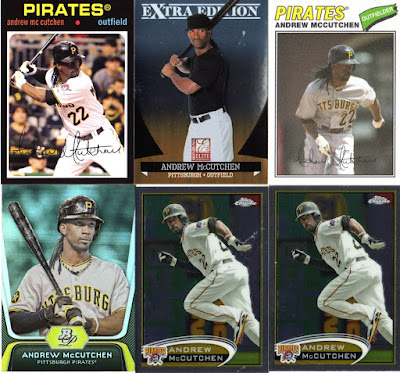 A gaggle of Cutch cards. 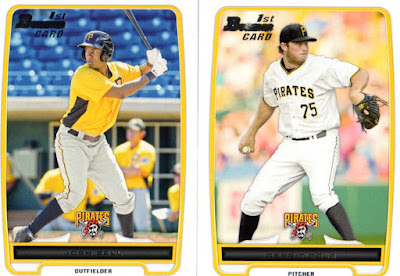 Not quite sure what the plan is for Josh Bell next season. The Pirates non tendered Pedro Alvarez and don't have much in the way of a major league first baseman. I'm sure at some point during the season the job will be his to win. 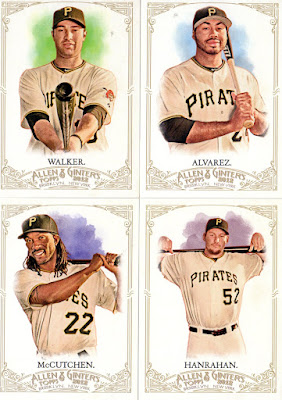 The Hanrahan card in which he is doing his best Bo Jackson impersonation is pretty cool. 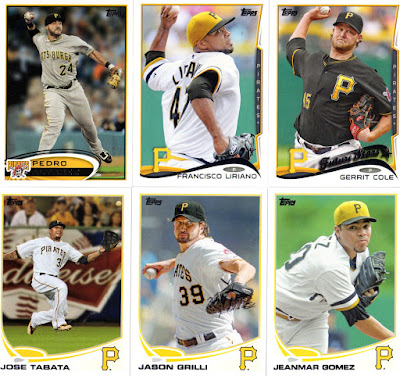 The Pirates tend to turn over their roster pretty quick in order to keep costs down. Only Liriano and Cole remain from this group of 2013 Topps Buccos.

This was only about half of what Brad sent. It was a nice mix of old and new in which I only had to leave a comment to have them sent my way. Thanks so much for your generosity Brad, as I'm sure that was a good bit of work to put all those packages together. I'll hit you up with some Phillies soon!

Thanks for reading.
Posted by BobWalkthePlank at 6:31 PM