A while back AJ aka The Lost Collector mentioned that he found a couple of Aramis Ramirez cards for me. It turns out he must have found a 90's treasure trove.  December has been 90's month here at Bob Walk headquarters. 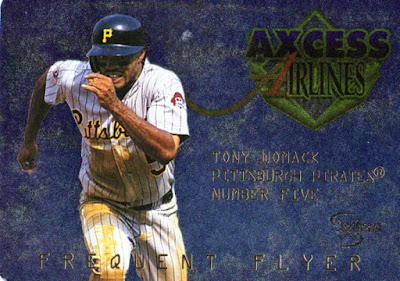 It is hard to choose if I like these frequent flyer mile cards or those cards that look like credit cards better. Opening Skybox products in the late 90's early 2000's was quite the visual experience. 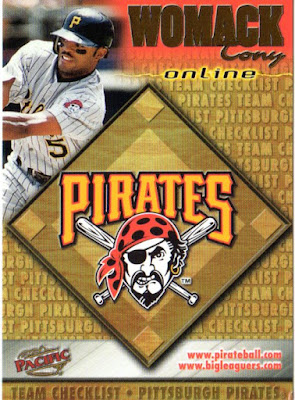 You name the gimmick Pacific did it. While this is the "checklist" card it doesn't make it any less cool. 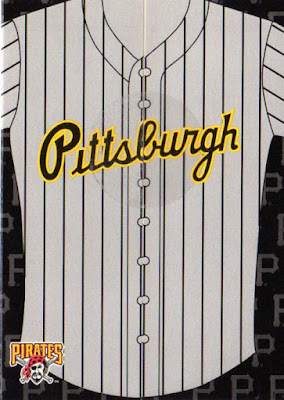 In order to keep the structural integrity of this card in place I didn't open it. In case you don't know these are from Collectors Choice and were called Evolution Revolution. This particular version is of Al Martin. 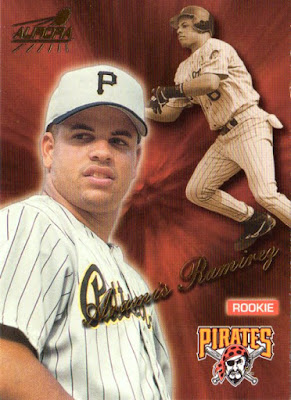 Aurora was actually a pretty cool set. This is a very young Aramis Ramirez. 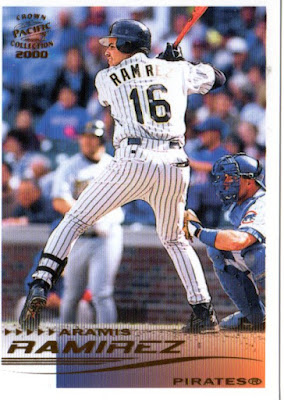 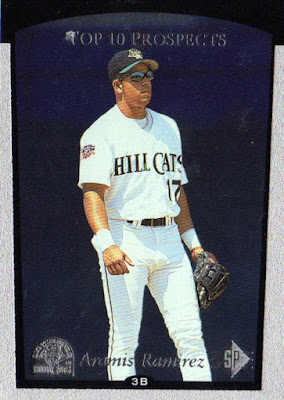 I love this card because of the Hill Cats uniform. Aramis was a pretty big prospect so this card probably fetched a decent amount around the time of his debut. 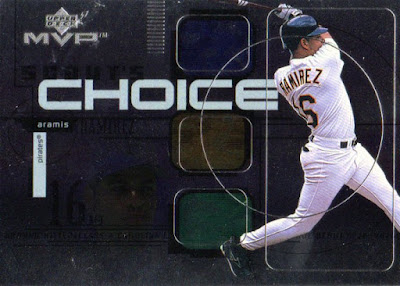 I miss sets like MVP and Collectors Choice. Upper Deck gave some nice choices for those collecting on a budget and still made them look unique. Topps struggles to make sets for the budget minded collector. 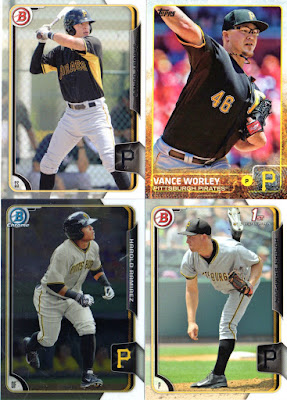 I think Vance Worley just signed with the Orioles if I'm not mistaken. I'm guessing he'll have a pretty good chance to make the roster.

Some Bowman rounds out the pwe. Harold Ramirez is probably the most high end of the prospects featured.

Thanks for the great 90's Buccos AJ. I need to find a few more Yanks before I have enough to send something your way.  Hopefully right after the New Year!

Thanks for reading and have a nice Christmas Eve!
Posted by BobWalkthePlank at 11:08 AM