While Jim may have retired a few months back he is still very active in the blogosphere. He is a frequent commenter and is still an active trader. He and Mark Hoyle can rule the land of non bloggers together.

Jim and I have had an ongoing blind trade since I started blogging and the latest installment just hit my mailbox this past week. 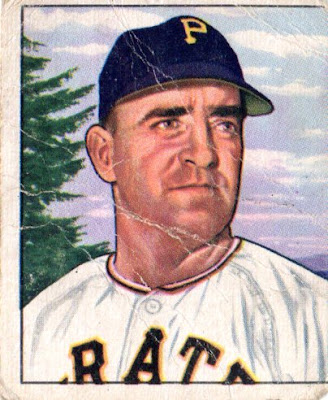 This card may have been the smallest in the bunch, but it sure packs a punch. Murtaugh played for a handful of season, but obviously is best known as the manager of the 60 and 71 World Series Bucco teams. 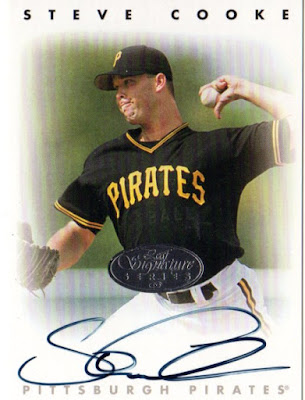 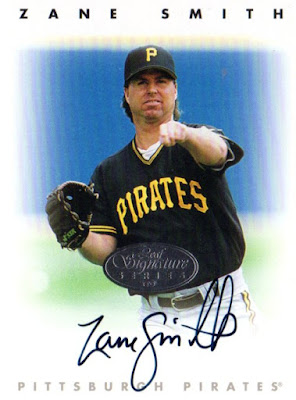 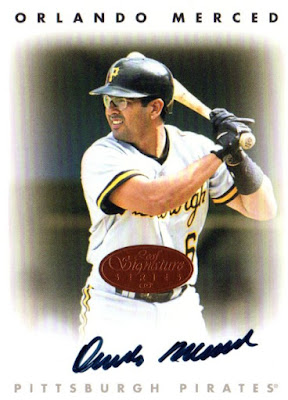 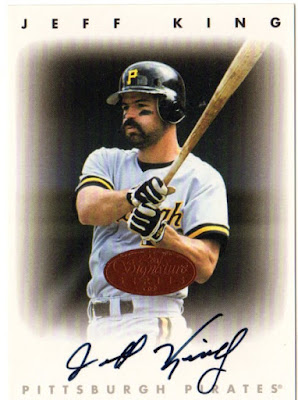 Leaf Signature Series has a pretty important place in the hobby. One of these years when I have more money than I know what to do with I'm going to bust a box. The Jeff King is probably my favorite out of the bunch just because he was such an interesting guy. Long story short the guy hated baseball and retired well within his prime earning years. 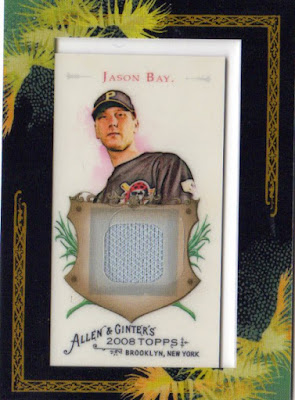 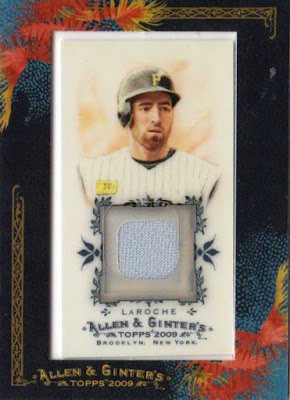 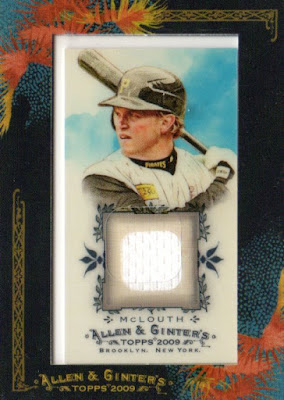 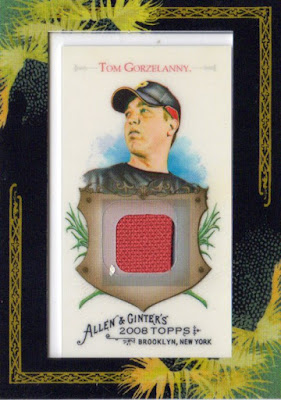 The Gorzelanny jersey is the main attraction in this lot of Ginter Bucoo jerseys. It looks to be from the Red alternate jersey that was worn in 2007.

I'm still trying to find a few Laroche Pirate issued cards so it is nice to receive some relics to add to the collection. Laroche is one of those guys you miss more after he is gone. It was a hyped up trade when the Buccos got him from the Braves but he never really put it all together during his tenure. 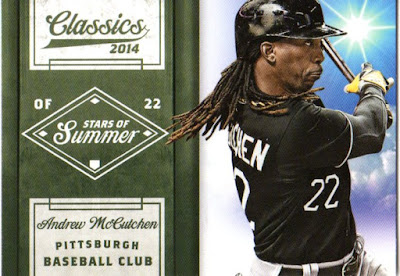 I'm a huge fan of the Classics set. I was a little disappointed that Panini decided to drop it after one year. It had one of the best checklists you will find. 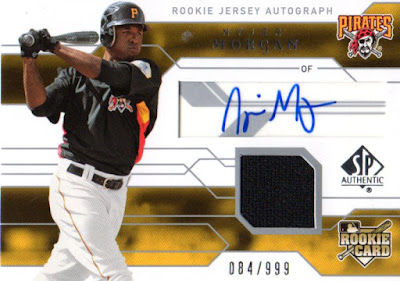 Nyjer was a hockey player growing up and picked up baseball a little later in life. He managed to carve out a pretty decent career considering his talent level. He got just about everything out of his small frame that he could.  I believe he is playing in Japan.. 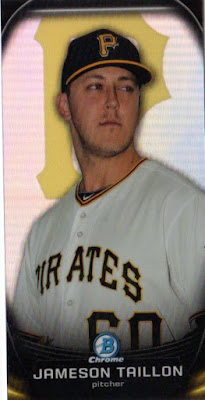 Some Bowman Chrome tall boys. Both Taillon and Glasnow are expected to help the Buccos at some point this year. Glasnow has developed into the Pirates biggest prospect and projects to be a front line pitcher. His main issue is command which makes sense because I believe he is around 6"8. 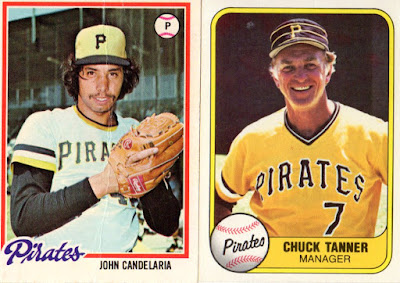 Candelaria is cardboard gold.  Jim also continued with the managerial theme by sending this Chuck Tanner. 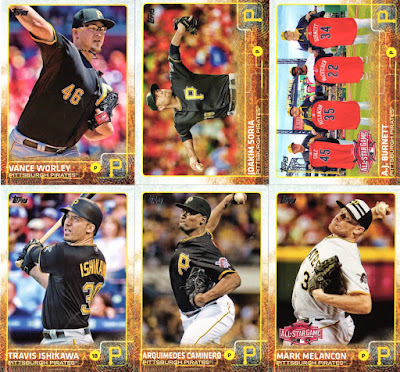 If you follow my blog you have probably noticed I'm a big fan of this years Update. I've been trying to add as many of the printing plates of the more obscure Buccos as I can (I just added one this past week!) Best name ever....Arquimedes Caminero....

Some Heritage High numbers and a Josh Harrison archives. I've finally started to add some Harrison cards to my collection as he was priced way out of control for the longest time. 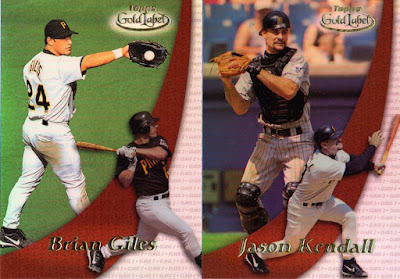 Another set that I've been paying close attention to lately has been Topps Gold Label. In the past month I've won a handful of parallels from the set. I was pumped to see some of these in the trade package.

Well I guess it is my turn Jim. I would expect a mega package soon....If you didn't notice you were one of my contest winners so I'm on the hunt for some nice cards for your collection.  I'm already sitting on 5 nice cards, but I need at least a couple more to account for the contest win as well.

Posted by BobWalkthePlank at 4:57 PM