The funny thing as I glanced and it looks like several of us had beer on our mind tonight. 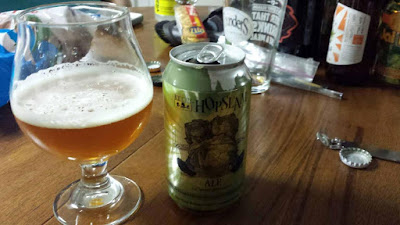 The only bad thing about Bell's Hopslam is the price. It is a double ipa that has a very smooth honey taste. Super drinkable for 10%

Most people know Bell's because they have a pretty big distribution, but if you don't they are out of Michigan. For whatever reason Michigan is home to a lot of great breweries. Must be that cold weather. 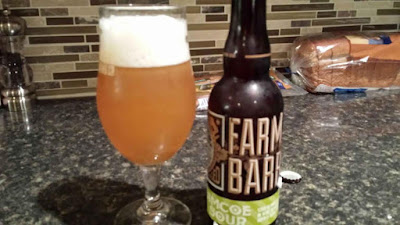 This was my beer of choice for the WVU/Kansas Big 12 Championship game. Kind of hard to see but this is a sour beer from Almanac called Simcoe Sour.  It may have been the best sour beer I've ever had.

Almanac is out of California 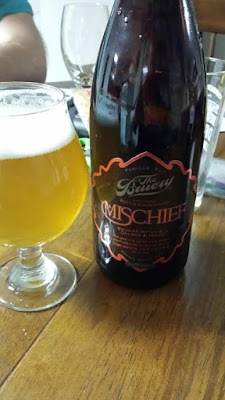 This Brewery is called The Bruery.  All their beers come in the bomber format so they are great for splitting. Mischief is a Belgian style that pours with a big head and packs some great flavor.

The Bruery is out of California. 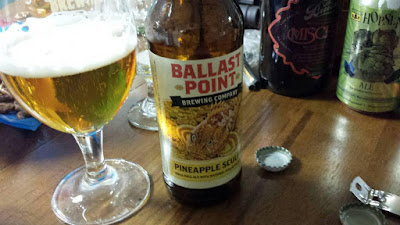 Ballast Point is another well known brewery that is well known for IPAs. Sculpin is the flagship beer and has spawned several variants. Pineapple is the newest of these flavors. At least to me the smell was more pineapple than the taste.  Still a great ipa, but the original is still the winner in my book. 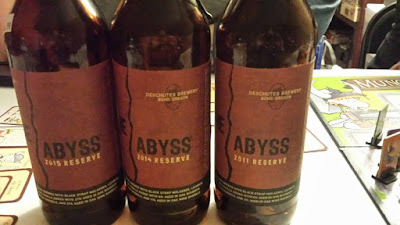 Deschutes is another craft brewer who has been in the game way before it got cool. This was a very special tasting that involved several of my friends. The Abyss is an imperial stout that is as dark as the night. My buddy who is the biggest beer nerd I know was able to get us a 2011, 2014 and 2015 bottle to compare. In case you are wondering beer nerdom has matched wine snobs with the aging.

It was pretty cool to taste the difference in the three. My pallet is not as refined as some of my friends, but you can definitely tell a difference. The 2011 was much smoother.

Deschutes is out of Oregon. 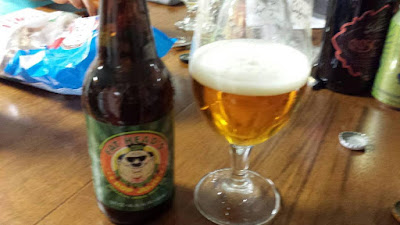 I've been trying to branch out and try more ipas. I'm more of a stout/porter guy.

With that being said this is probably the best ipa I have ever had. The brewery is Fat Heads and the beer is called Hop Juju. Everything about is just perfect. Of all the beer listed this is probably one of the harder ones to find as Fat Heads is more of a regional brewery. I don't think they distribute anywhere out west. The cool thing about Fat Heads is that they have a couple of restaurant/tap houses and one of them happens to be in Pittsburgh.  The place is a diet killer, but it is nice to indulge every once in awhile.

Fat Heads is out of suburbs of Cleveland OH.

Posted by BobWalkthePlank at 10:36 PM