Trade: Play at the Plate

It has been quite sometime since I swapped with legendary blogger Brain of Play at the Plate. Right about the time I was hitting my stride as a blogger, Brian had a major shift with his job that ate up most of his free time. Thankfully things have calmed down a bit for him and he is getting back to way more important things.....baseball cards!

Last week Brian hit me up with a pwe that packed a huge punch. 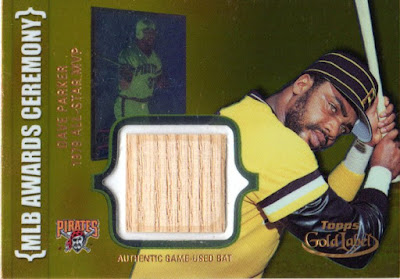 This is a cool card of the Cobra.  Topps Gold Label was pretty fancy pants back in 2002 so this is the type of card I would have bought much later in life. Thankfully no purchase necessary as Brian was kind of enough to hook me up. 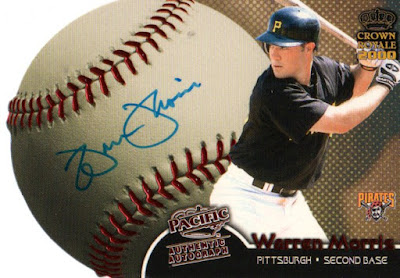 Warren Morris was actually drafted by the Texas Rangers, but was traded alongside famous bust Todd Van Poppel for Esteban Loaiza.  Morris had a nice rookie year, but fell off the significantly is his sophomore campaign and would ultimately be released. Second base was kind of a black hole for the Pirates in the late 90's to the mid 2000's. Freddy Sanchez finally gave some above average play there. 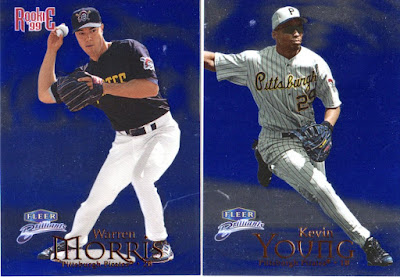 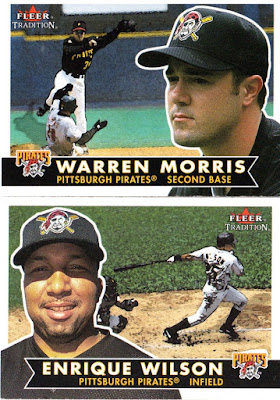 By the way, I'm now a Warren Morris supercollector. 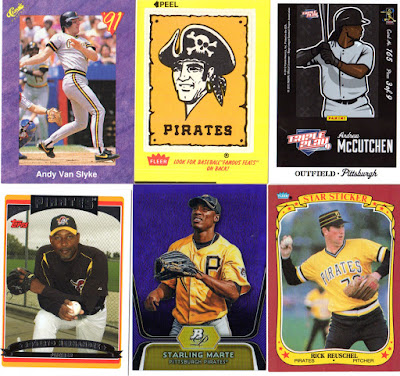 I think Roberto Hernandez played about 47 years in the big leagues. Of course the Pirates had him when he was 75 years old.

Panini should really try and come out with a budget friendly set that can rival Opening Day. I completely understand making a set for the young collectors, but why not try and put something together for the set collectors.  Something along the lines of 40 man or Collectors Choice would be awesome.

Thanks so much for the cards Brian. It was good timing as a return shot is already in the mail. Hope you like them!

Thanks for reading.
Posted by BobWalkthePlank at 9:42 PM

Email ThisBlogThis!Share to TwitterShare to FacebookShare to Pinterest
Labels: play at the plate, trade 2016