I love this time of year.  March Madness is so much fun. It was nice to have the games streaming at work today.  If you don't have a team to root for you should adopt WVU. Plenty of room on the bandwagon! I'll even teach you how to burn a couch.

My good friend Jeff is a frequent trade partner of mine.  Seems like I get something from him at least once a month. This time around it was the bubble mailer variety. 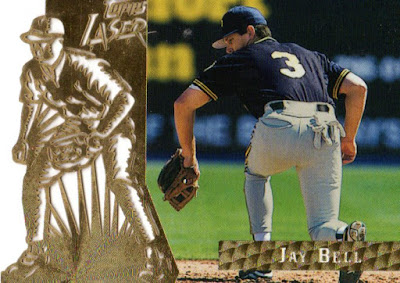 Kind of a weird choice of shots, but still awesome. I love getting Topps Laser in trades. This was about the time when card company designers went on a 5 year acid binge and created mid to late 90's sets. 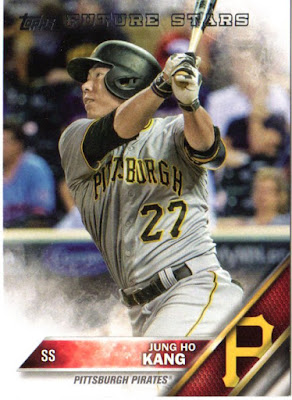 I've been trying my best to add some Kang cards, but he still remains one the more expensive Buccos out there.  Kang should be back by late April.  I'll never forgive Chris Coghlan. 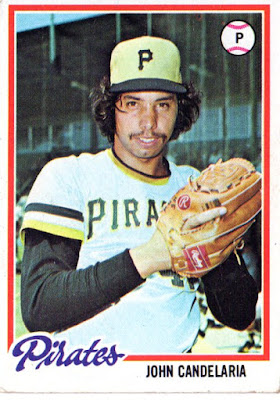 The Candy Man is one sexy beast. 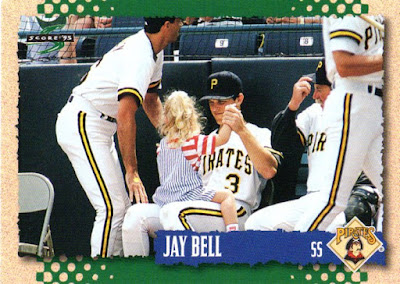 This is one of those quintessential dimebox cards. Great card from a set that doesn't get a lot love. Mid 90's Score was pretty cool.

Of all the big Pirate prospects, Meadows is the hardest to find good deals. By the time the year is over it is very likely that Meadows will be the highest ranked Pirates prospect and could possibly be a top 20 guy in all of baseball. 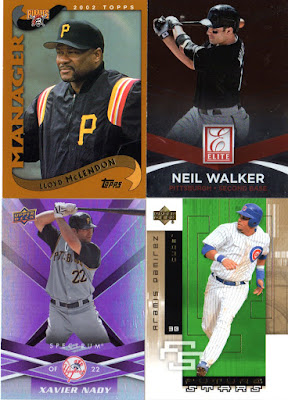 UD Spectrum had a cool look, but for some reason they handled guys who were traded oddly. Obviously Nady is featured as a Bucco, but the Yankee emblem is prominent on the card. If I recall I think the same thing was done with Lastings Millege.

I love manager cards. Mclendon had one of the best meltdowns ever. 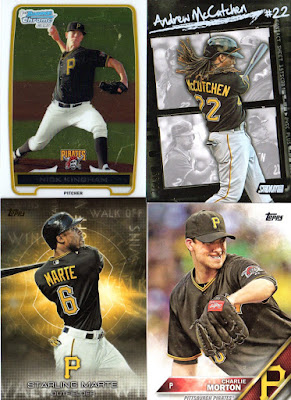 The trade of Charlie Morton was kind of weird as the Pirates rotation is pretty thin. I guess the thought process was that the young guys were going to be called upon this year. 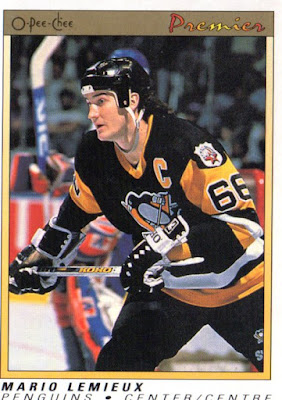 Lemieux is a legend, but could you imagine what his numbers would have been like without the injuries. He could of gave some of Gretzky's records a run for their money.

Thanks for all the great cards Jeff. It was a fun mix to look through.


Posted by BobWalkthePlank at 10:25 PM