My First Taste of Heritage Compliments of Hoyle

My good pal Mark Hoyle has been working overtime with the trade packages. I just posted one from him about a week back and just a few days later I received another pwe. This time around Mark took a break from his normal vintage route to hook me up with some brand new Heritage. 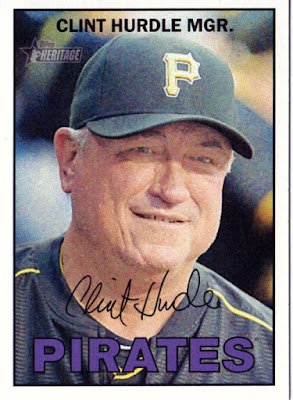 Manager cards are always fun. It has been a while since a set has done current manager autos, I think it is about time.

Hurdle has been a great fit for the Pirates. Managers are more about keeping guys motivated and together these days then actual in game management as analytics has taken over a good part of that job. 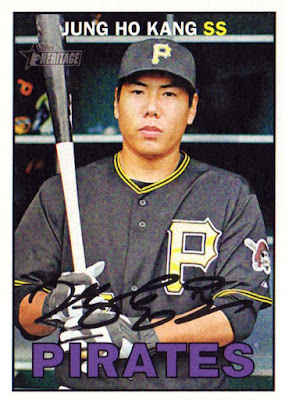 Sometimes simple is a good thing when it comes to cardboard.  This is one of my favorite Jung Ho cards. A big part of the Pirates success will be how Kang performs in his Sophomore campaign. 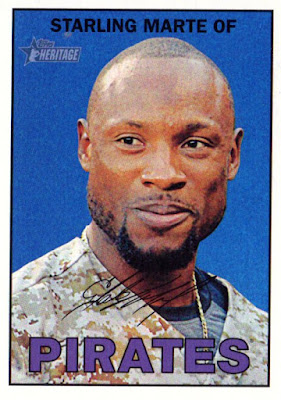 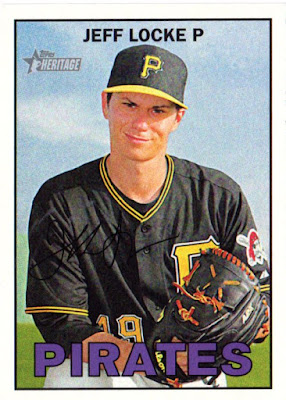 Locke has changed his delivery this year and so far his velocity has been up a couple of notches. Over the last couple of years he has been on of the more frustrating Buccos, but management continues to stick with him.  Hopefully patience will pay off and he finally has a breakout year. 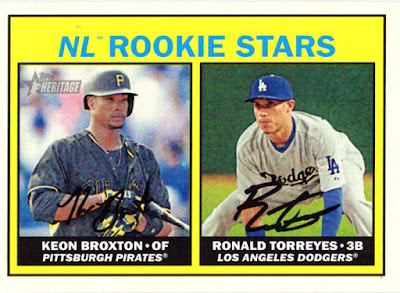 Keon Broxton was traded to the Brewers this offseason for Jason Rogers. Being an outfielder with no options on the Pirates makes it hard to make it on the team. The Brewers will be a good fit for Broxton as he should be given every opportunity to succeed. The glove and speed is definitely big league level, but the bat remains the big question.

It is always nice to get new cards via trade. I've been pretty quiet in terms of new releases this year. Thanks Mark for giving me a preview of Heritage. I'll probably try and track down the rest of the Pirates soon.  Also, Vern Law has a real one auto this year!!!!

Posted by BobWalkthePlank at 9:19 PM