Dime Box Nick is still out and about even if he is taking a hiatus from posting. A few weeks back Nick sent me an email saying he had accumulated a bunch of Buccos and needed to ship them out. Yes please!

On as a side note I completely understand you taking a break Nick. While I still collected cards in college the thought of blogging about them was very low on the priority list.

Now back to the cards. As per the case with all Nick's trades, the cards were very eclectic. 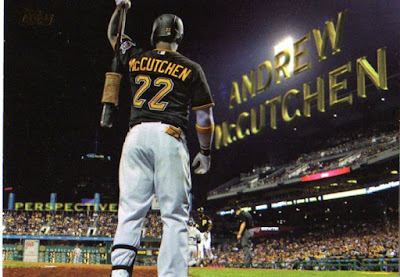 This completes the Pirates Perspective set for me and they all came via trade. The power of blogging! This was by far my favorite insert set this year and happy to see 3 Buccos featured (Kang, Polanco and Cutch). 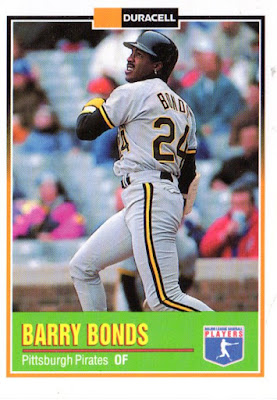 I think that is actually Wrigley in the background. Still plenty good seats available! Nice job catching the back swing to get around the licensing. Awesome oddball. 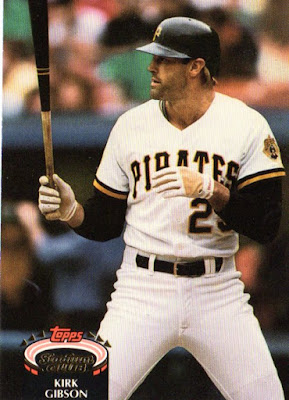 Gibson's Pirate career only lasted about two months.  The Pirates traded for him in Spring Training and was released by May. Kind of cool to have a Pirates card showcasing him in the Buccos uniform. 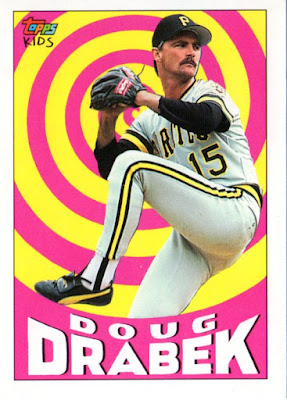 Here is a Topps Kids card promoting acid or trying to hypnotize them to buy more packs. 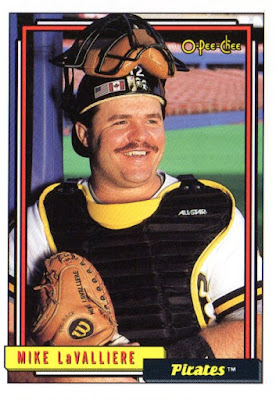 Spanky! Another great character in Pirates history. He is always cardboard gold. 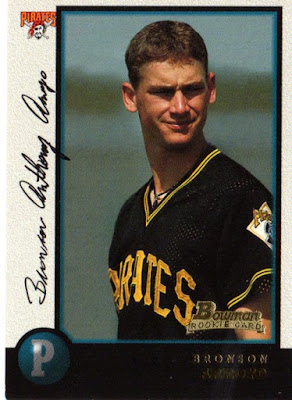 Hard to see on the bottom, but this is a very young Bronson Arroyo. A lot of people forget that he was a Pirate prospect. He would eventually get picked up off waivers by the Red Sox and carved out a nice career. 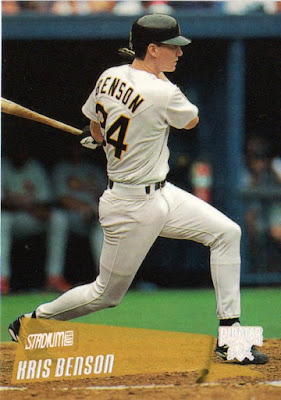 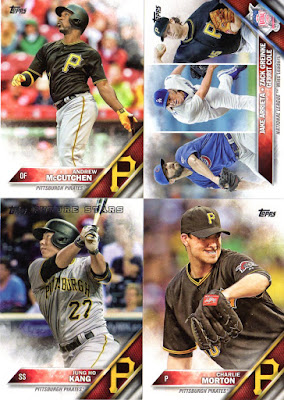 Some more 2016 Topps. I'm hoping Jung-Ho Kang goes back to his awesome bat flip he had in Korea. I'm guessing the Pirates probably told him to be careful in the MLB because having fun gets you pegged in the back. 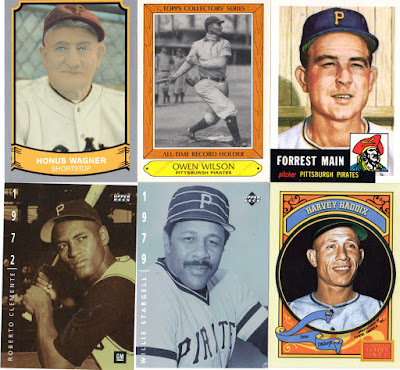 Old Pirates on newer cardboard. Clemente for the win out of this bunch because....Clemente. 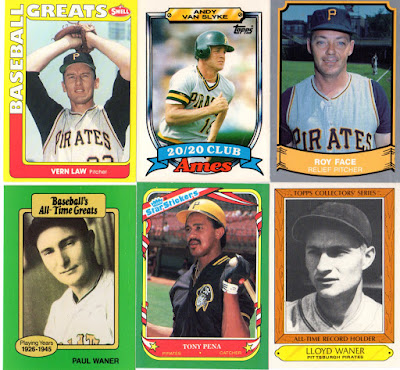 Ames cards are a great reminder of my childhood.  I grew up near one of their stores and would beg my parents to pick me cards anytime they would go there. 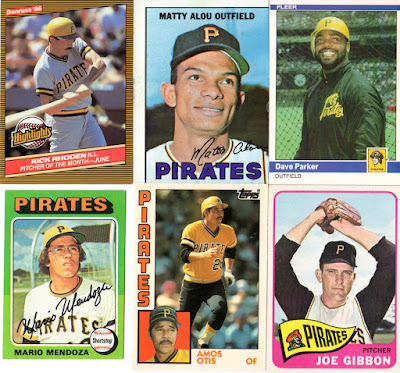 It may be possible that Dave Parker was high on cocaine for the Fleer photo.... 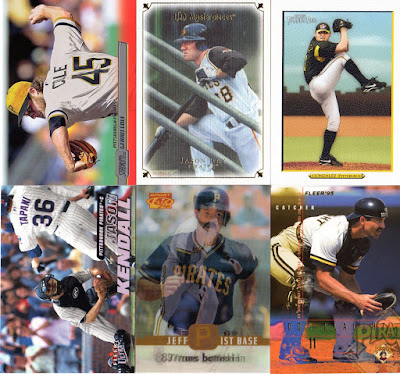 Obviously Stadium Club is loved by all, but I think if UD Masterpieces made a return it would cause some serious buzz as well.

The 95 Fleer card is just a small preview of the craziness that would soon follow for cards in the 90's. 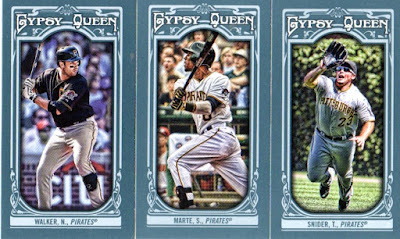 Going to be weird not having Neil Walker playing 2nd for the Buccos this year. Minis is something that has grown on me more since I started blogging. Before they were just an afterthought, but now I do seek out certain ones. 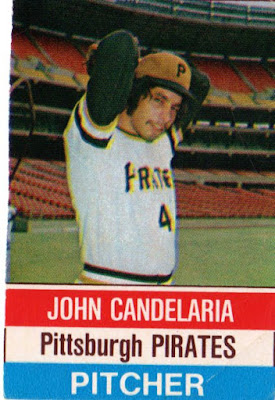 Another giant in Pirate cardboard history. 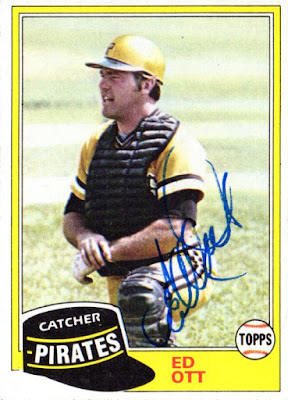 That doesn't look like it says Ed Ott, but I'm to assume this is an IP auto. Ott was Manny Sanguillen's primary backup pretty much his entire career. 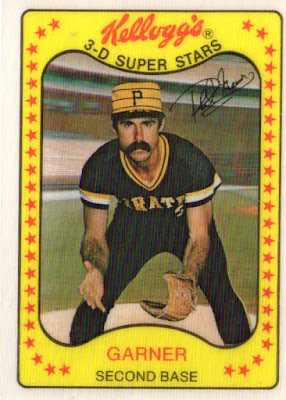 This card is awesome.  The mustache game was high with Garner.

What better way to end an awesome assortment of cards.

Thanks so much Nick. I hope you are enjoying your hiatus.  I'll be hitting you back real soon.

Thanks for reading!
Posted by BobWalkthePlank at 8:15 PM