All around good guy Tony L of Off Hiatus fame busted a ton of boxes for the super traders. He was much wiser than me by choosing multiple boxes rather than one high end box that failed miserably. I guess hindsight is 20/20, but if I could do it over I would have went the variety route as well.  Oh well, maybe next time.

As usual Tony always throws in cool extras.  Here is 4 of the five Clemente's from an early 90's Spectrum set. Awesome stuff! 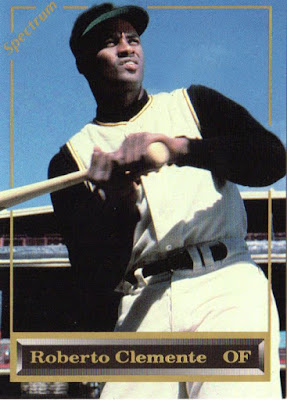 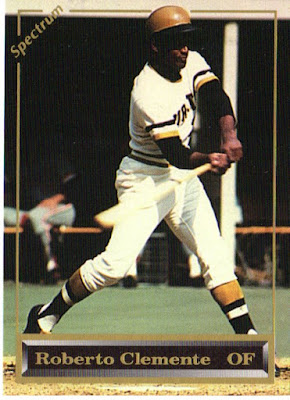 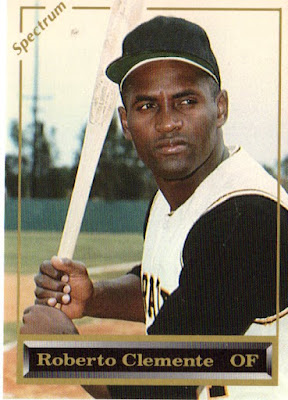 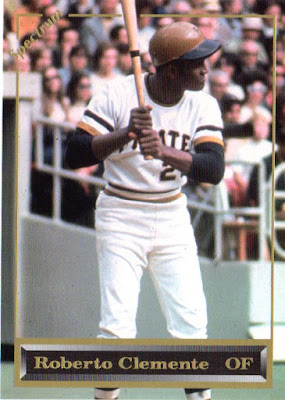 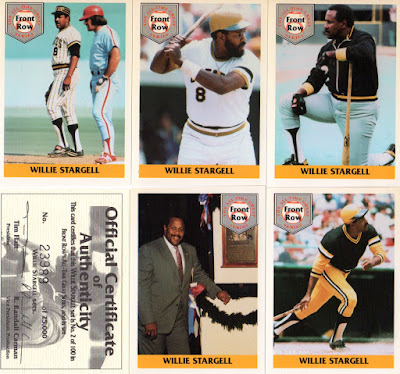 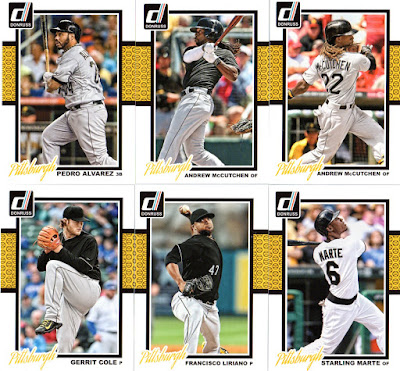 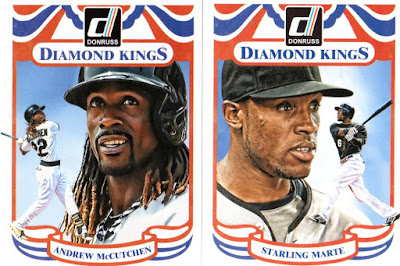 Got most of the stars and two Diamond Kings from the Donruss portion of the break. The checklists are so much better in Panini products. Now if they can just get the design figured out on Donruss they would have a winner. 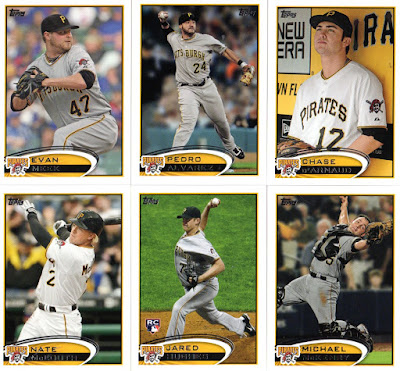 Topps mini is always a nice addition to the break.  Kevin and I opened some of this as a way to avoid shipping costs for a break and it turned out to be one of our best boxes. We pulled a printing plate and several low numbered parallels of star players. 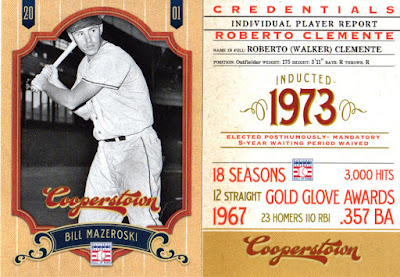 I didn't have the Credentials Clemente card so that was a cool addition. I like the Cooperstown set. Panini has a pretty good grasp on the legend sets. 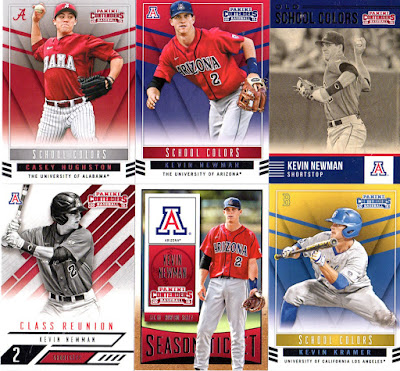 I was probably most excited for the Contenders portion of the break. I've cherry picked the Newman and Kramer autos, but this was my first taste of the base set and inserts. I'm a big fan of the college cards so this was a winner in my book.  I hope this set sticks around.  The football version is crazy popular with auto collectors so maybe this one will catch on. 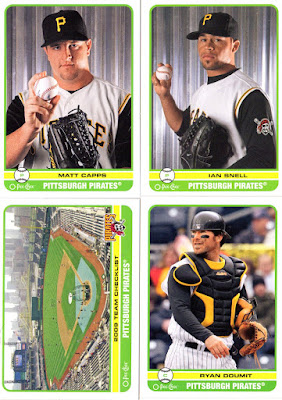 The roster was pretty thin around this time for the Pirates.  They had already traded Jason Bay and the Nate McClouth was trade was on the horizon.  It was the very beginning the rebuild that would eventually turn the Pirates into perennial contenders.

I don't have many cards from this set so it was a great addition by Tony. 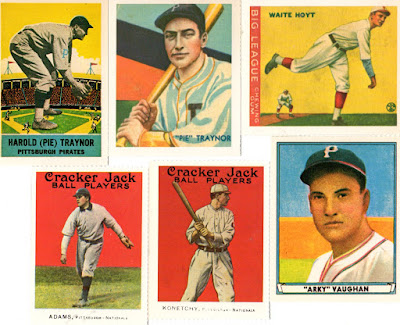 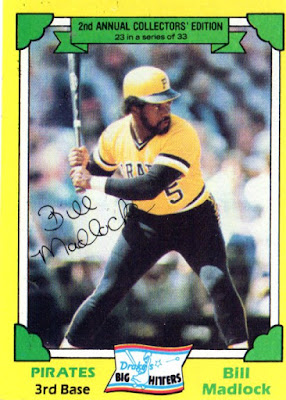 Of course it wouldn't be a Tony L envelope without oddballs. Boy do I love the Drakes Madlock.

Thanks for the super generous break Tony.  I really appreciate it.

Thanks for reading.
Posted by BobWalkthePlank at 4:59 PM