Brian chose 2006 Ovation and 2011 Topps Lineage to bust open for our monthly break.  I was pretty excited for both choices as Kevin and I had busted Ovation and really liked it and Topps Lineage was a cool set even if it never really caught on. Here are the results. 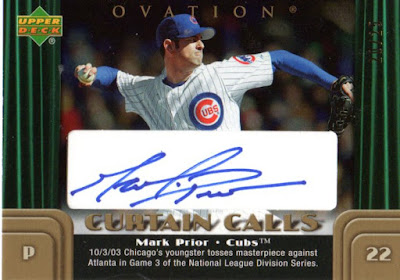 It is hard to see, but this card is numbered /25. The sad thing is 2006 proved to be the last time Prior would throw in the big leagues. He has made several attempts to comeback, but it doesn't appear that he'll ever see a big league mound again. It really is a shame as he was about as talented as they come. His 2003 season was so good....

What a great looking card! I'll probably end up sending this to one of my Cub fan trade partners in the near future.

For some reason I scanned these all out of order.  Oh well, I'm pot committed now....

Topps Lineage was a set that in theory seemed like a good idea, but for whatever reason it didn't resonate well with collectors. Always loved the Honus card. 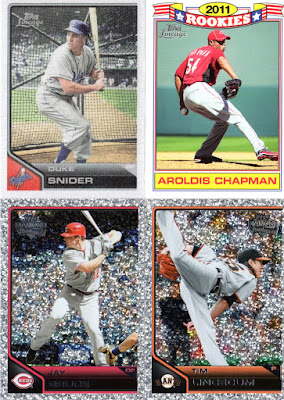 Some parallels and inserts. When Jay Bruce came into the league it looked like he was going to be a stud, but he has really struggled the last couple of years. I'm sure the Reds would love to get rid of him for the rebuild but his trade value is probably close to nothing. 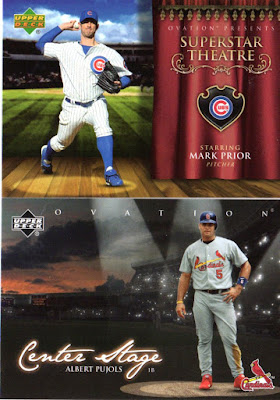 Mark Prior hot box! I was so happy when Pujols went to the AL West. It was fun watching him play, but he tortured the Pirates. 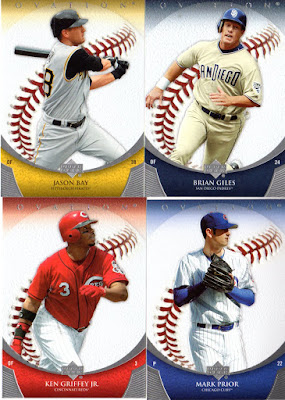 My portion of the Ovation box wasn't too exciting, but look....another Mark Prior!

Some Hall of Fame replica plate cards. They don't scan too well, but they have the feel of a printing plate and have a great look. 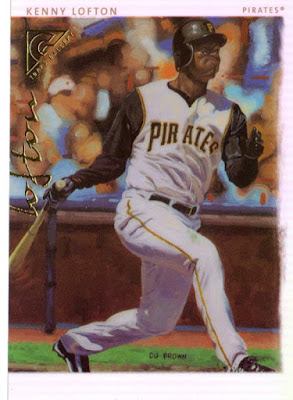 Topps Gallery is awesome. What makes this extra special is that Lofton doesn't have much in the way of Pirate releases as he only spent half a season with the Buccos. 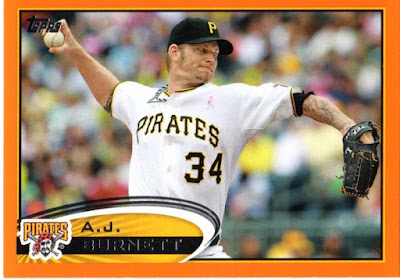 A.J Burnett was great with the Pirates. I try to always scour eBay for new Burnett cards to add. The orange parallels are numbered /210.  It looks like AJ was getting ready to throw a knuckle curve here. 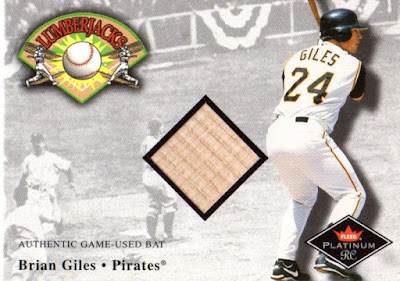 Each time I think I have most of the Giles relics it seems another comes out of the woodwork (no pun intended). Giles was an absolute beast for the Pirates. 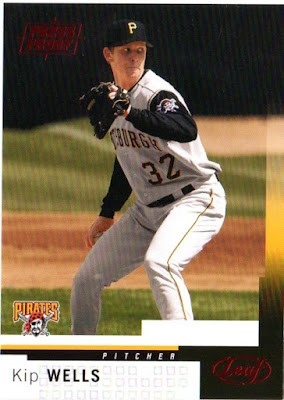 Kip Wells was a pretty big tease as a Pirate. He could look so dominant for a three game stretch and then disappear for 2 months. 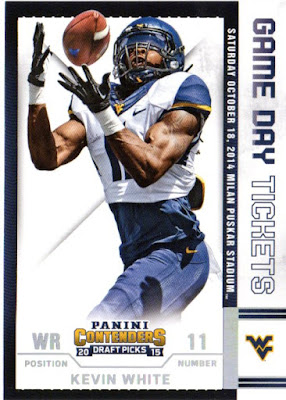 Last, but not least is former All American Kevin White. I'm a big fan of the Contenders brand!

Thanks for all the great cards Brian! That Prior was a beauty.  I'm sure it would have fetched a decent amount of cash back in the mid 2000's.

Looks like it is my turn now. I'm off to scour Dave and Adams.

Thanks for reading.
Posted by BobWalkthePlank at 10:13 PM