When it comes to collecting I really don't give myself any rules. I just like to have a well rounded collection while trying not to overspend for any one card. During some searching for cards of more obscure Pirates I came across a parallel I knew nothing about. 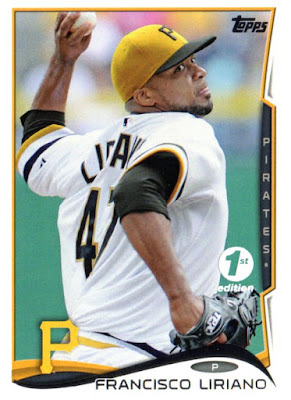 When these popped up I went to Cardboardconnection.com to educate myself a little more. It turns out that the 1st edition cards were a prize in the Spring Training Access in 2014 Topps Series 1. Each collector that found a Spring Training access pass was given a complete set of the 1st edition cards. Only 10 sets were made of the over 600 card set!

Needless to say a handful of these sets were broken up and put on eBay. Of course big names like Trout and Harper went for huge bucks. Deals could be had on the lesser know guys.  This is where I come in.

The seller I bought the Liriano from must have been breaking up close to an entire set as he had a slew of Pirates for sale. Being that many of them had low bids, I started bidding on all the Pirates. While I didn't get any of the star Buccos I did end up doing pretty well. 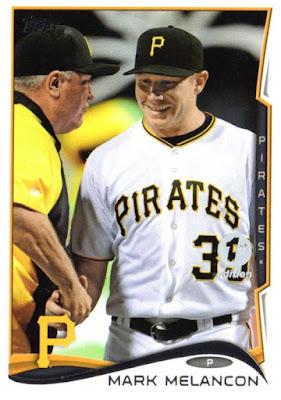 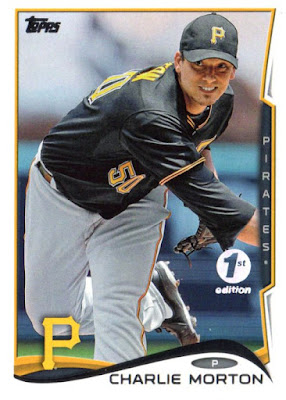 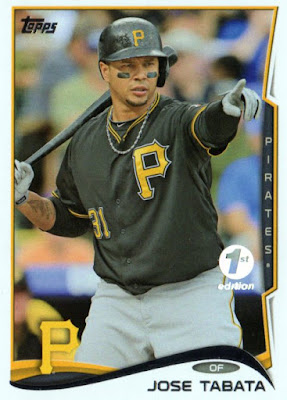 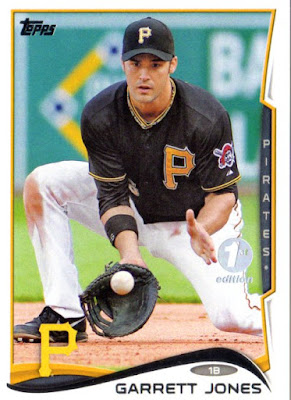 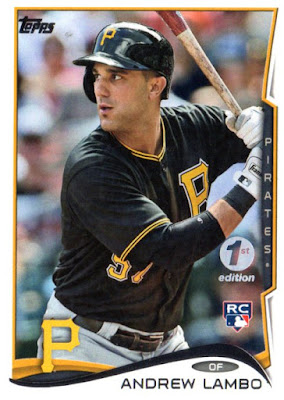 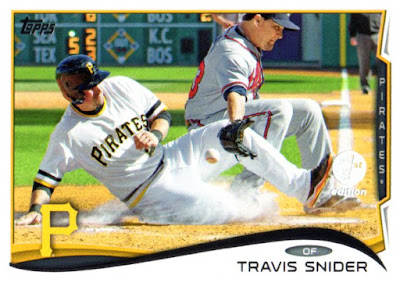 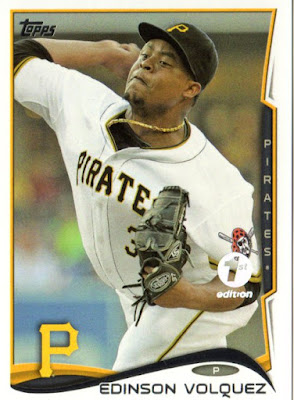 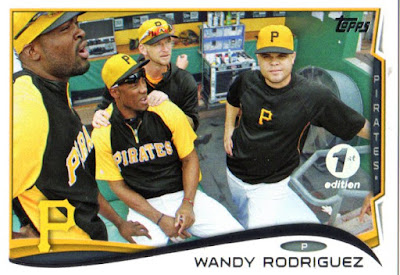 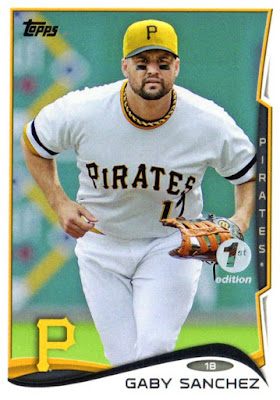 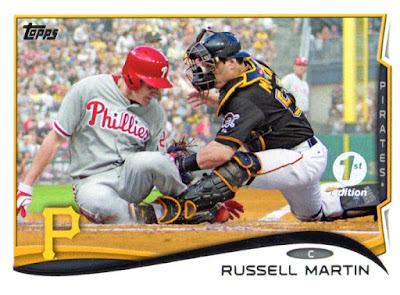 The big win for me was the Wandy Rodriguez as it was my favorite Pirate card from 2014 Series 1. It had fun cameos of Marte, Harrison and Burnett. I don't remember how much I spent as this auction was won around the holidays, but I'm guessing most of these went for less than $5.  I remember putting an aggressive bid on the Cole, but still came up short.

In the end the cards I did win better suit my style. When it comes to parallels I really only like to spend money on the silver frames and acetates. For me it is always fun to find rare cards of Buccos that don't get much love on cardboard.

So if you are ever on eBay and come across one of these 1st edition cards, snag them up. It might be a cheap way to get a card with only ten in existence.

Thanks for reading!
Posted by BobWalkthePlank at 6:51 PM