Slyked by the Junkie and a Glimpse into his Future

As I was preparing my post tonight all of the following happened to me....


This is what a normal night consists of if I attempt to anything blog related while my daughter is awake. The only reason I mention this is that everyone's favorite Griffey collector TJ is a proud new papa. Having a kid makes you the ultimate multi tasker. Before you know it you will be singing Old MacDonald, scanning Griffey's and pulling Play Doh out of his mouth!

Right before TJ became a Dad he sent out an actual ton of cards. I was one of the lucky recipients. It was two team bags stuffed to the gills. 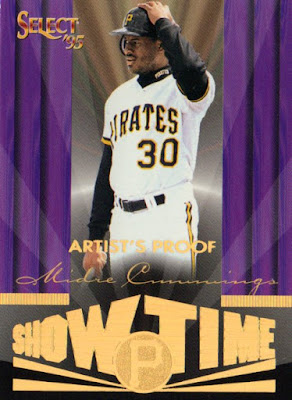 At first glance Midre Cummings really looks like a young Barry Bonds. This will probably the only time I mention Midre Cummings at the beginning of a post. 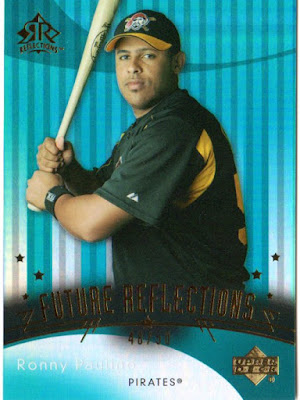 It really looked like the Pirates had found their solution long term at catcher. So much so the Pirates were trying Ryan Doumit at different positions to keep his bat in the lineup. As usual with the Pirates during this time period it all went to shit pretty quickly. Paulino's defense went to hell and his bat wasn't enough to keep him in the lineup. 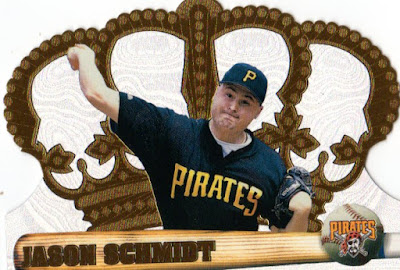 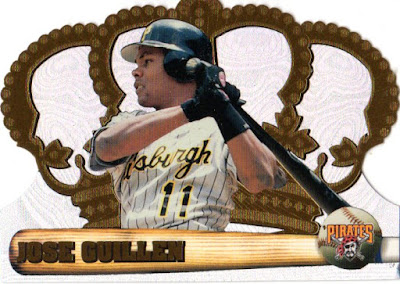 I love Pacific so much. Crown Royale was probably the most Pacificy of them all. Late 90's cards are hard to beat. Could you imagine the design meeting on this card. "Hey guys I'm thinking we put an actual crown on the card."  The manager instantly says "love it" and drops some acid. 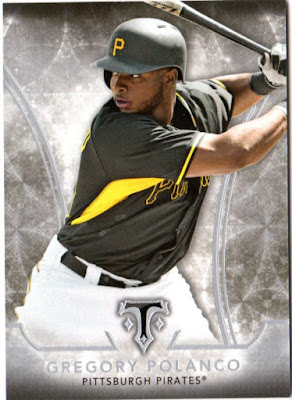 I love receiving high end base in trades. Polanco is fresh off a long term extension and has been the hottest Pirate out of the gate.

Here is the beginning of the Slyking... 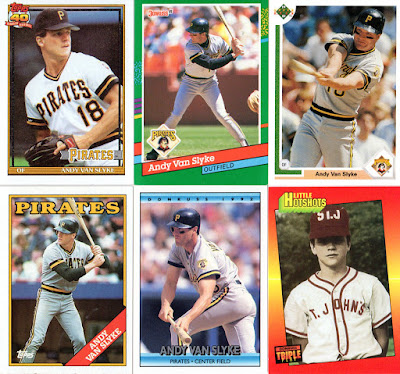 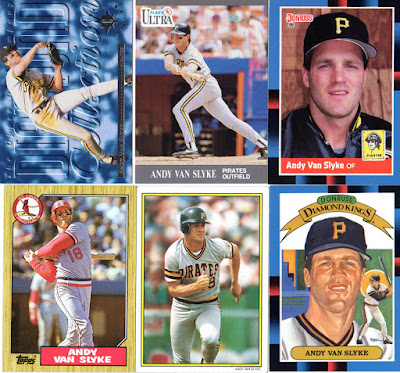 Diamond Collection is my favorite here. 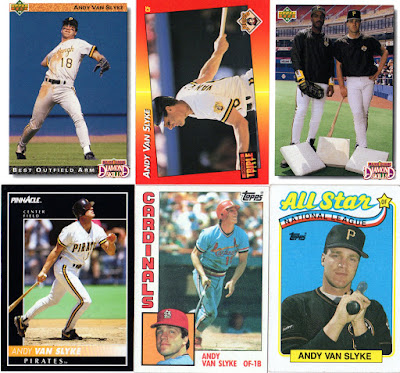 Holy crap that was a lot of Slyke's. The crazy thing is their were multiples of many of these. 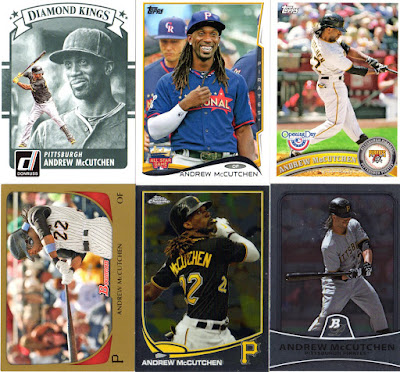 So many Cutch cards! The Topps Chrome really pops for cards featuring the Bucco black and gold uniforms. 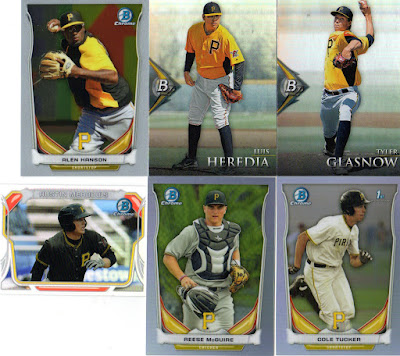 Some young Bucs. Only Heredia is not considered a high end prospect. 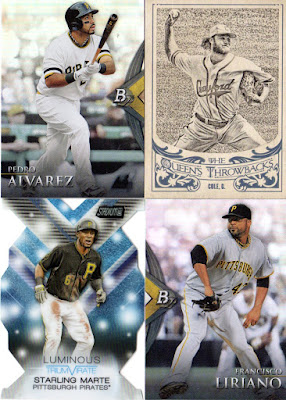 Does anyone build Bowman sets? I've always liked Bowman, but I don't think the thought ever crossed my mind to complete the base set.

Conlon cards are always fun. I remember my Mom buying me some when I was young. The Big Poison is my favorite. 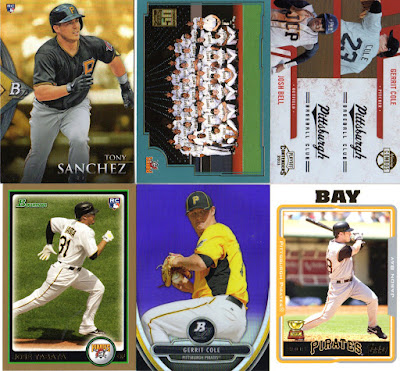 I want the Pirates to hold a Jason Bay appreciation day. He was just about the only reason to come watch the Pirates for a long stretch. 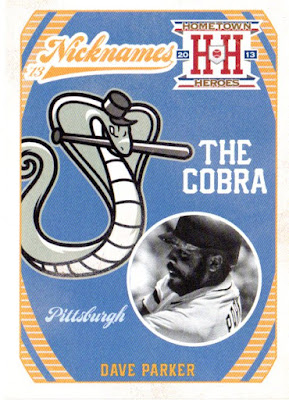 I'm such a sucker for nickname cards. 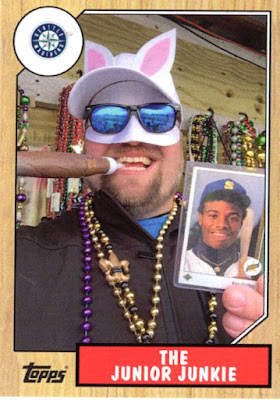 In terms of outfit this is probably more on the conservative side for New Orleans.

Thanks for the great cards TJ. I hope you are getting on a nice routine with the little one. Hope you are still finding a little time for cardboard.

Posted by BobWalkthePlank at 10:02 PM

Email ThisBlogThis!Share to TwitterShare to FacebookShare to Pinterest
Labels: the junior junkie, trade 2016