The Worst Day is the First Day

It is always rough going back to work after a fun vacation. I have one of those jobs where it just piles up while you are gone instead of someone else picking up the slack. That is why I often take mid week vacations so I can at least work one day during the business week.

Enough of me complaining....

Kerry of Cards on Cards recently bombed me with a priority envelope of Pirate goodness.  I think it was something like 7 team bags full.  Check it out.... 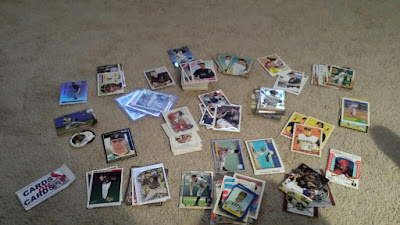 The most impressive of the stacks here was the Topps Heritage on the top middle area.  I think he gave me parts of several team sets in the past 5 years.

Here are some of my other favorites. 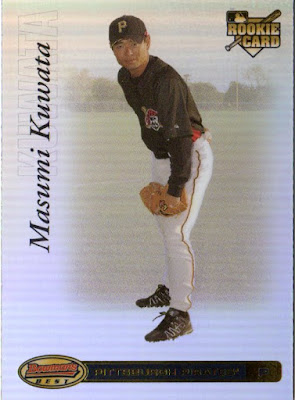 This was my favorite card of the bunch. Kuwata was a star in Japan in the late 80's through the mid 90's. For some reason the Pirates thought it was a good idea to bring him over in his late 30's. It didn't go well.  Either way this card is so unique. It brings back a lot of memories of the Pirates trying anything to get peoples attention. 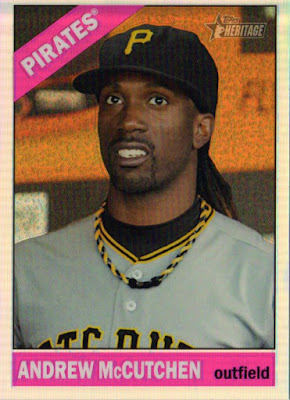 For whatever reason Cutch is terrible in April. While it hasn't quite been as bad as last year he is still struggling to catch up with fastballs. No reason to worry, because I have a feeling once the weather warms he will continue to same pattern of awesomeness. 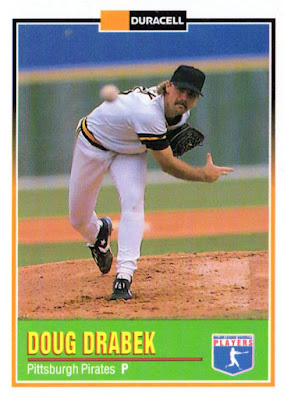 I love the Duracell oddballs. For whatever reason I didn't have these growing up.  I guess my family used Energizer.

Just a small sampling of the Heritage cards.  The win goes to the awkward high school photo of Josh Harrison. 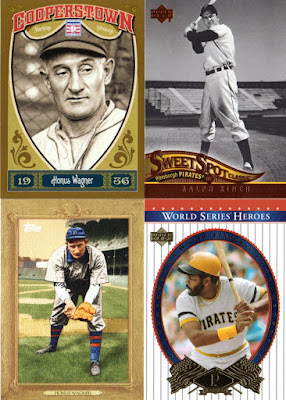 I have discussed on numerous occasions that it would be fun to collect old players on new cards. Both Wagner cards are fantastic.

I love getting Giles cards in trade. It is so sporadic how I add cards of the former Bucco slugger. I'll go six months without nothing and then I'll several in trades and eBay purchases. 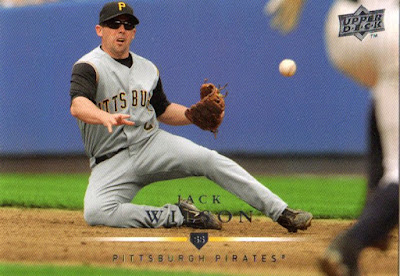 The Bowman Best cards remind me of 90's inserts. I like them.

These are oddballs that I'm very familiar with. The Toys 'R Us cards were frequent gifts to me and my brother growing up. 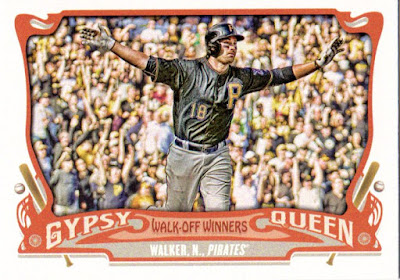 I liked the Walk-Off Winners insert set.  This captures a nice shot of Neil Walker hitting a homerun opening day against the Cubs a few years back if my memory serves me correct. 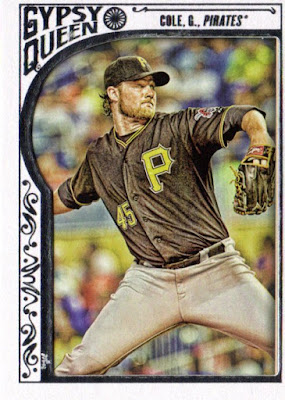 Kerry through in a bunch of GQ cards with this Cole being my favorite. The white frames had a nice look that a scan doesn't capture well.

Thanks for all the great cards Kerry. You really hooked me up. I'll save some more Cards for you!

Posted by BobWalkthePlank at 10:42 PM

Email ThisBlogThis!Share to TwitterShare to FacebookShare to Pinterest
Labels: cards on cards, trade 2016