During the historic run of the ineptitude by the Pirates opening day was the one shimmer of light on what was likely to be a dark season.  Even when every reasonable bone in your body tells you that your team has no chance of competing your record is the same as everyone else. I was the king of "hey if (fill in with young prospect) turns out to be good, we can compete." The thing is that list always consisted of a lot of players.  If you need 6 guys to really pan out it is going to be a long year. That list was very long for the Pirates for 20 years.

Thankfully the Pirates began to turn to corner 5 years back. The 2011 and 2012 seasons would end in horrible collapses, but you could see things starting to take shape. A young core began to develop and the Pirates started to embrace analytics.  Three consecutive playoff appearances later the Pirates are recognized as one of the more forward thinking franchises out there. This year they are already getting a lot of press for batting John Jaso first and Cutch 2nd.  They also broke the mold of using certain relievers in defined roles by utilizing Tony Watson in the 7th inning when he had been the 8th inning guy the last couple of years.  It is nice they are letting the game dictate usage and not saying we do things this way because that is the way it has always been done. 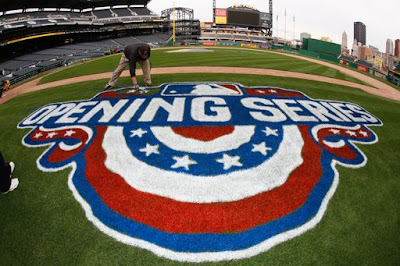 For the last five years it had been tradition for me to meet up at a local bar with my friends to take in the first game.  This year was unusual as the Pirates got to start things off on a Sunday which allowed me to host the party at my house.  Some couldn't handle the excitement..... 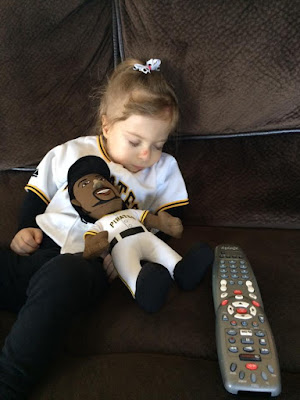 In her defense she did wake up before 7am. We will have to work on stamina next year.  Opening day is a marathon not a sprint.

Since my fantasy baseball draft was Saturday and the game on Sunday, plenty of good beer was consumed. 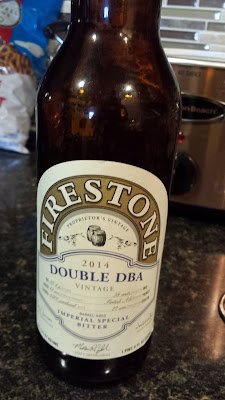 Firestone Walker beers are always delicious, but can be pricey.  They come individually boxed and have high abv.  This was an English Bitter that came in around 12%. 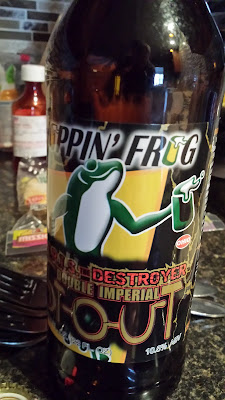 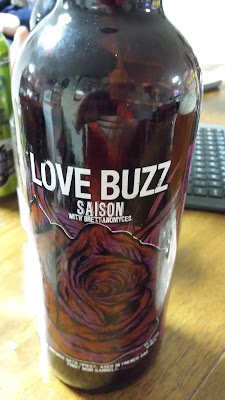 Saison beers are always a little on the sour side.  Good stuff. 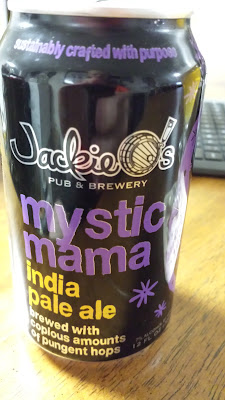 Jackie O's is a small brewery in Ohio that makes some sought after beers. Many of my coworkers are not from Morgantown so when they go home for holidays they usually bring me back some local beer. 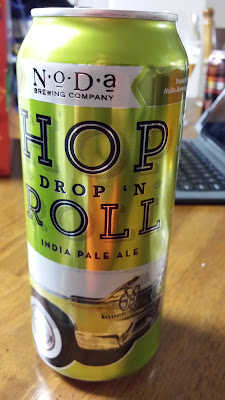 NODA is a Charlotte NC brewery. Another case of me using my coworkers to attain beer. 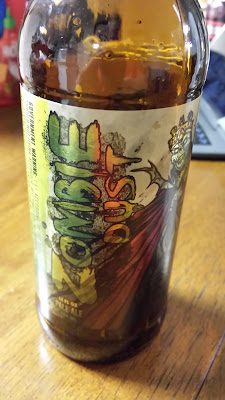 This was the main even of the beer for the weekend. Zombie Dust is made by Three Floyds in Munster Indiana.  Many consider it the best pale ale in the US. The best way I can describe it is boringly awesome.

Shortly after Pirates wrapped up a victory against the Cardinals, mlbtraderumors.com reported that the Pirates had signed Gregory Polanco to a five year extension with team options for years 6 and 7. The base value was 35 million.  I was pumped up about this.

As many of you know I had quite the cardboard crush on the Pirate right fielder. 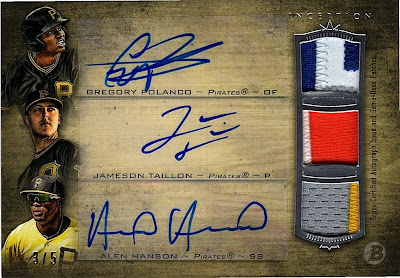 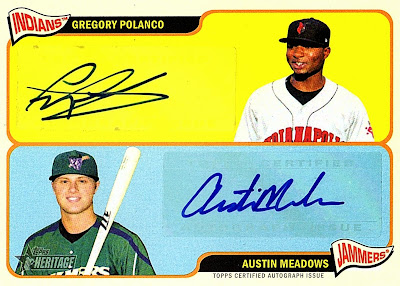 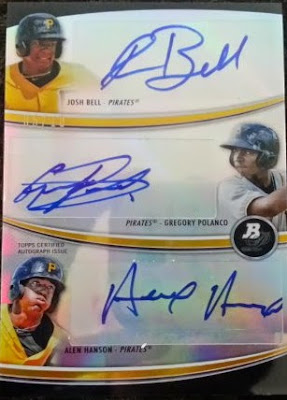 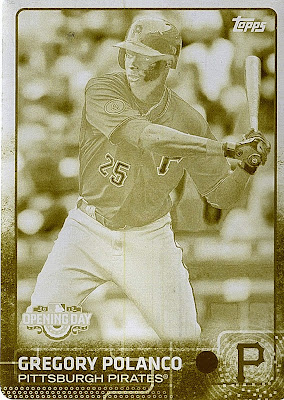 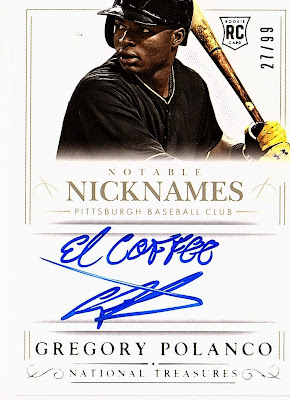 The Pirates do a pretty good job of getting their young talent cost controlled during their prime years. That pretty much leaves Gerrit Cole who will be the hardest to extend because his agent is Scott Boras.

As you can see it was eventful Sunday for the Pirates to say the least.

Posted by BobWalkthePlank at 6:36 PM