A few weeks back I took a day off to get some things done around the house. While procrastinating to do those things I went to Target and purchased baseball cards.  It is as close to Ferris Bueller as I can get these days. I even took myself out to lunch.  It's a crazy life I tell you!

I decided on Donruss because I like to imagine people rolling their eyes when they read my blog. Also, my Target was picked through.  I was kind of hoping to find discounted blasters that I see people post all the time, but it only seems to be Nascar and NBA my way.  Oh well....here are the cards of note. 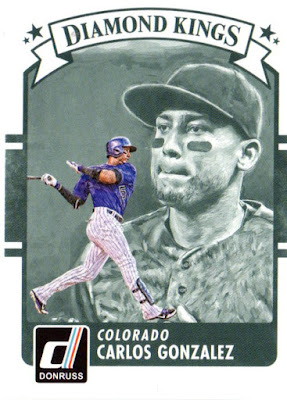 Out of two blasters I got two Diamond Kings. 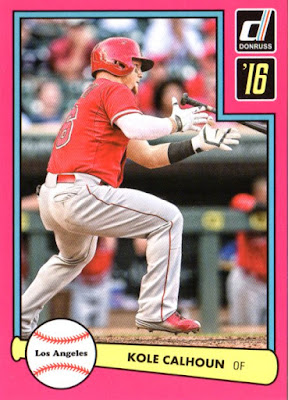 I think these are a Target exclusive. 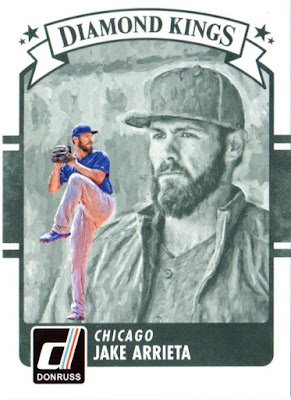 I like Jake Arrieta. For some reason the Orioles have trouble recognizing pitching talent. I'm sure Orioles fans wish they could have that one back. 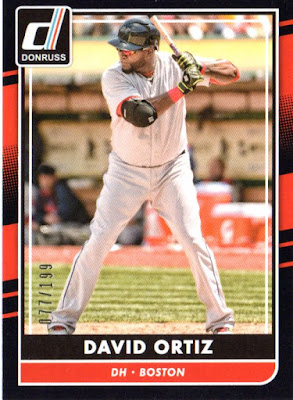 David Oritz is going to be a Hall of Famer. I don't really have a problem with that, but if he does go they need to get Edgar Martinez in. Free Edgar! 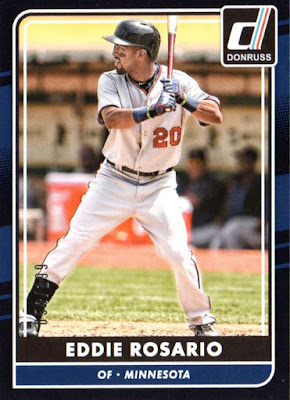 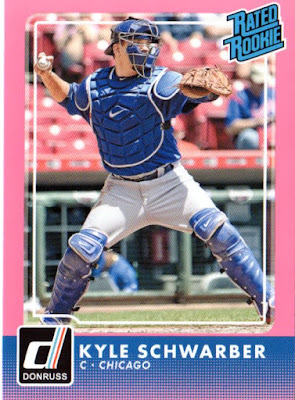 I have a feeling Schwarber will never catch again. 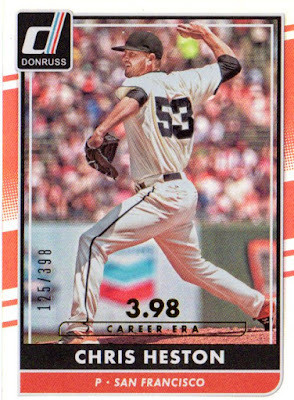 The blaster each promise a relic or auto.  I thought I did pretty well. 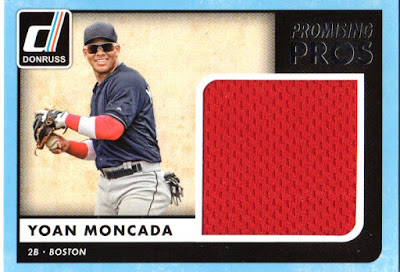 Can't go wrong pulling a Moncada.  This will probably head to Mr. Hoyle at some point. 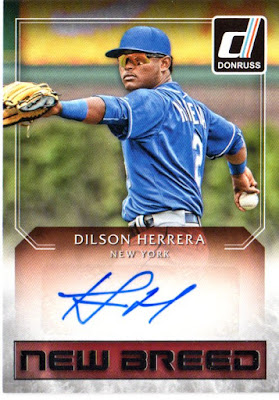 I pulled an auto! Dilson Herrera is a former Pirate prospect. He was traded to the Mets for Marlon Byrd during the 2013 playoff push.  In the short term it was a great move by the Buccos as Byrd played a huge getting the Pirates into the wild card game and even hit a homerun during the game itself.

Herrera blossomed in the Mets system and is extremely close to being mlb ready.  Funny thing is he got blocked again by a Pirate when the Mets got Neil Walker in a trade.

Overall it was a pretty good break. Worthy enough to troll everyone again with another if the opportunity presents itself.