The late 90's early 2000's was the wild west era of baseball cards. Basically anything was fair game when it came to design and amount of cards. I'm not trying to complete certain sets, but when the opportunity arises I pull the trigger on cards that interest me. My latest purchase was some green parallels from 2001 Fleer Focus.

The green parallels from this set were either numbered to the players batting average or earned run average from the previous year. I believe this is all the Pirates in the set! 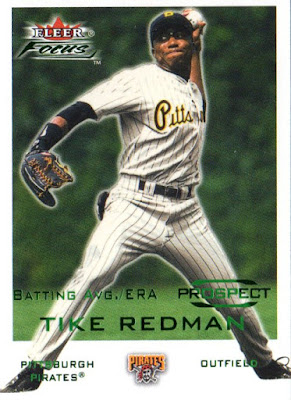 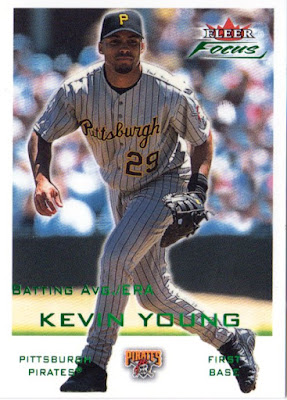 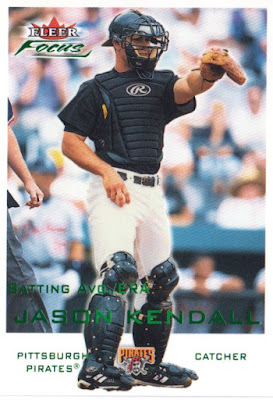 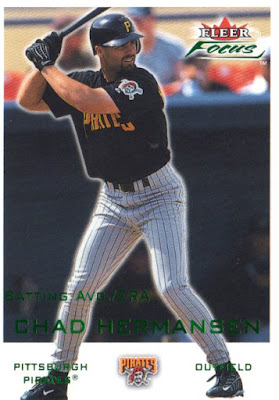 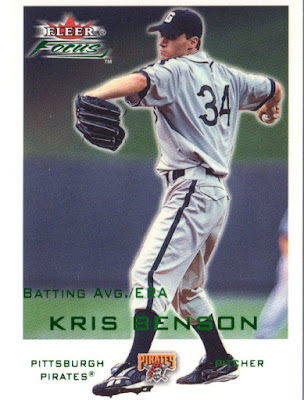 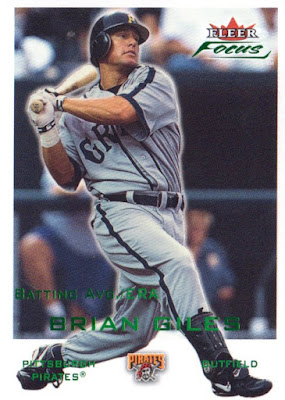 The clear cut winners from the set are the Benson and Giles cards featuring the Homestead Grays uniforms from the Negro Leagues.

I won the cards in a lot for $6.50.  I thought it was a fair price considering these type of parallels are getting hard to find. This is the same seller I've purchased several cards from over the last 6 months as he has been slowly liquidating a large collection. He hasn't sold too many high end cards, but I'm loving picking up some of these obscure sets.

Thanks for reading!
Posted by BobWalkthePlank at 8:48 PM