We May Not Have to Wait 'til Next Year

My good pal Tom is probably loving life right now. The Cubs are off to their best start since the last time they won the World Series back in the dark ages. They are also the Vegas favorites to go all the way. While being the favorite doesn't mean a whole lot (just ask the Nationals last year) it does show just how well the rebuild went.

Tom did take a little time off basking in his teams success to send me some Buccos. In the note Tom apologized for sending junk wax, but have no fear Tom I give safe harbor to all Buccos. I just don't scan them as I think the ship has sailed on what you can say about that era.

Take a look at some of the other great cards Tom sent. 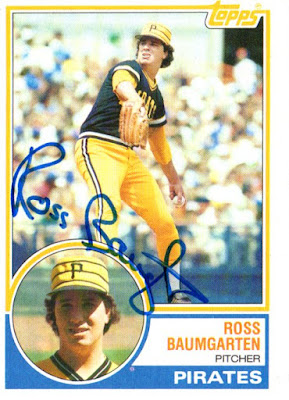 I love getting cards like this of guys that had very short Pirate careers. Baumgarten only played in the 82 season for the Buccos and it didn't go well.  It proved to be his last season. Cool to have an auto of a short stay Bucco. 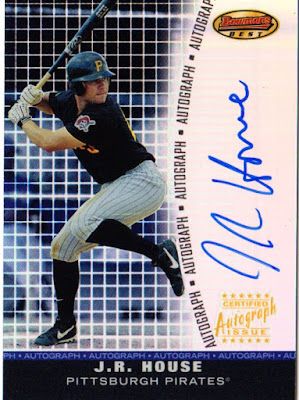 This card serves two collections. J.R House is actually from West Virginia and was a two sport superstar. He actually beat my high school in the state championship and threw for what seemed like 8000 yards.  House had some scholarship offers for football but decided that baseball was his true passion. The Pirates drafted him and he would become one of their most highly thought of prospects in the early 2000's. Unfortunately injuries stalled his career and he would only get a cup of coffee in the major leagues. The neat thing was after his baseball career was done he would walk on with the WVU Mountaineer football team for a season. 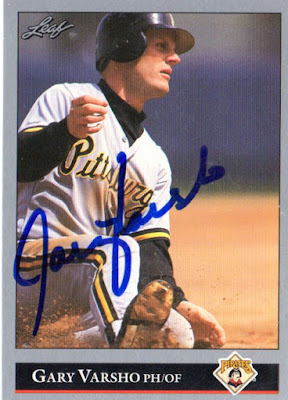 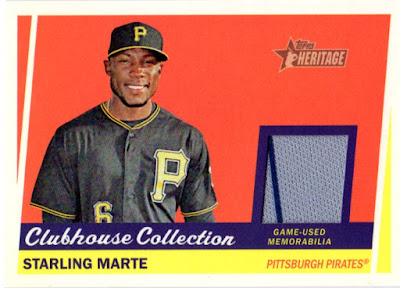 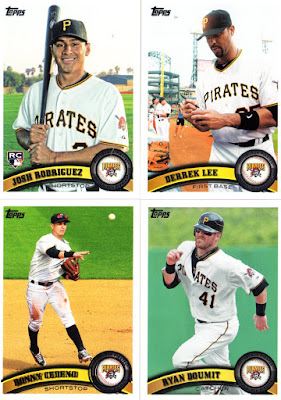 When the Pirates started to turn the corner in 2011, Derrek Lee was their big trade deadline acquisition. He ended up getting hurt shortly after and the Pirates collapsed down the stretch. The Pirates tried to resign him, but chose retirement instead.

Still seems weird seeing Pedro as an Oriole this year. 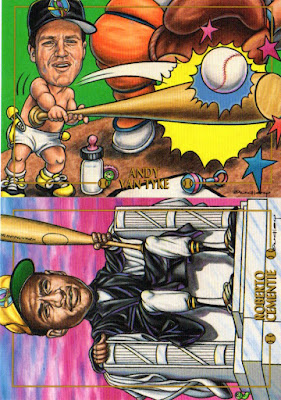 These always crack me up. 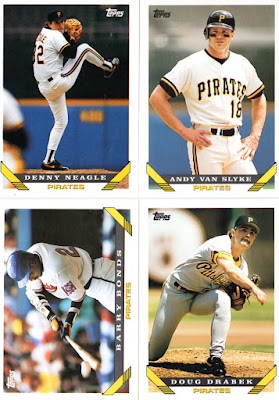 Right before I started typing this post I was reading a pretty funny quote about Bonds. Long story short Don Mattingly basically called out Bonds for not doing the amount of work needed to be a mlb hitting coach. You don't often hear managers call out other managers.

I'm still shocked that Cervelli has made Pirate fans forget all about Russell Martin. 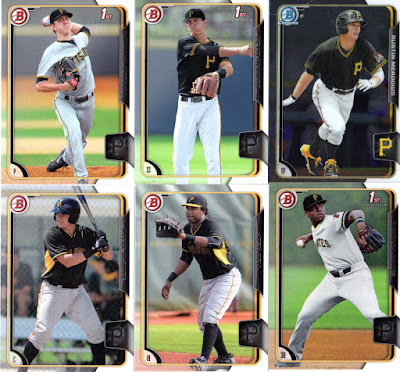 Up and coming Buccos. Josh Bell has been killing it the first couple of weeks in AAA. It is looking like the bat is pretty close to ready. The Pirates AAA team is full of close to mlb ready talent. 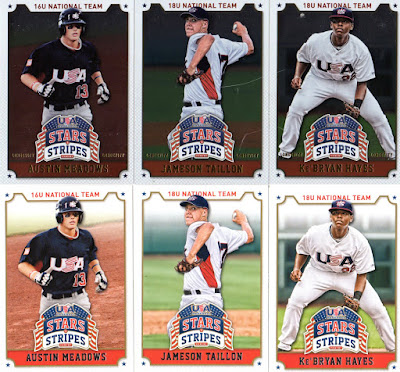 I really liked the Stars and Stripes set. It was so affordable for the amount of cards you got.

Thanks for all the great cards Tom. The Pirates finally get their first crack at the Cubs next week.  I'm just glad that Chris Coghlan can't kill somebody with his slides.  Also, I hope Arrieta misses the plane.