My name is Matt and I'm a collecting addict.  For whatever reason I've always been a collector. I still to this day have toys in their original boxes from my childhood.  I guess I just liked the act of owning something that reflected my interests at the time, but never really had a desire to play with the toys. Here are a few things that I've kept over the years still in their original boxes.  Most of the pictures I'm stealing off of eBay as these are in storage in my basement. 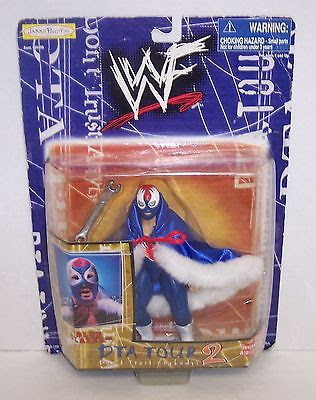 This was actually one of the last figures I purchased of wrestling.  For the longest time it held considerable value because the Blue Blazer (Owen Hart) passed away in a tragic accident at a pay per view. I think people realized their were a ton of these in existence so the value is minimal these days. 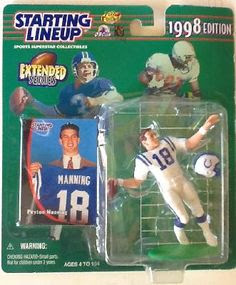 One of my crowning achievements as a startling lineup collector was completing the coveted 1998 extended football set by actually finding them in store!

I really miss Starting Lineups.  The McFarlane figures are super nice, but the simplicity and price point of the Starting Lineups were key to me as a kid spending his hard earned snow shoveling money. 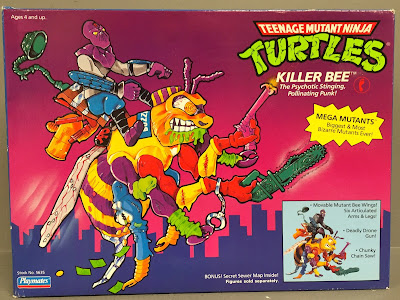 These three items pretty much sum up my other collections as a kid.  The only action figures I really got into were the original Teenage Mutant Ninja Turtles. By the time I got to junior high I was pretty much all in with sports related figures (Starting Lineups and wrestling figures).  To this day I still have all my starting lineups and wrestling figures.  Most of my Turtle figures have been given to family members in order for them to be actually used and enjoyed.

Fast forward to today and I'm still an active collector of all types of items.  I think most of us are in the same boat with storage so I don't add as near as much as I used to. I would say 90% of non card items added are of the stadium giveaway variety.  I probably have over 100 items just from the Pirates. 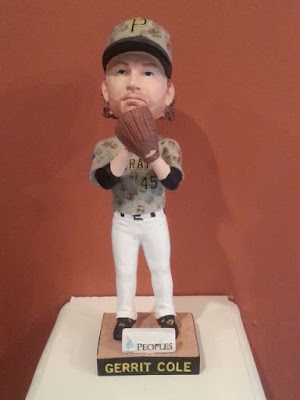 This is the most recent addition from attending a game this year.  Nice bonus with the camo jersey.

My non sports collections are pretty much nil these days (back to that space issue again).  My sole vice has been Walking Dead figures. I've pieced together the first two series of the Mcfarlane version. 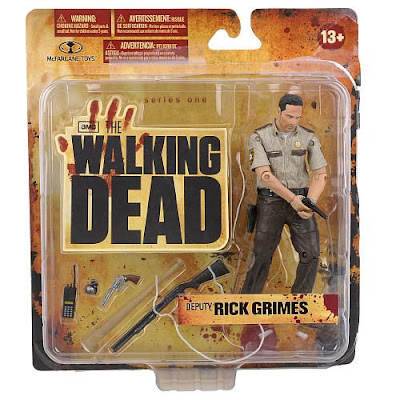 I think they are on Series 9 or 10 now so I likely won't be trying to get all of them, but I do find them enjoyable and they make pretty neat pieces to showoff on a shelf I have in my designated collecting area of my house.

I'm kind of at a crossroads on what to do with the starting lineups and wrestling figures. My wife is super cool about my collecting habits, but I can tell she doesn't like every item that I've owned in my life still in our house. 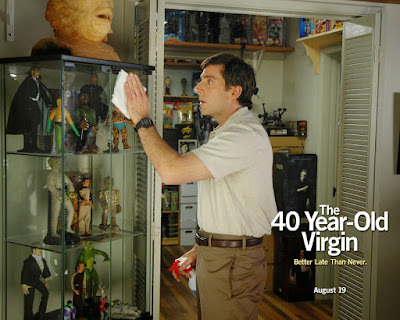 As I continue to add cards, this will probably come to a head at some point. I'm not going to do anything drastic like pay for a storage unit.  At some point I will probably need to sell some stuff or just donate a few things to the children's hospital in town.  It will come to a point where I just want someone to enjoy them.

Will I ever stop buying these kind of items......probably not.  I'm such a sucker for stadium giveaways that it will probably be a constant problem.  The goal is to make sure I cycle through the old stuff that doesn't really fit my collecting habits, or I could just win the powerball. That would make things much easier in terms of space.  I can see my wife asking me if I thought about what I'm going to do with all those figures. I'll just point to my Powerball tickets and say, "problem solved."

Posted by BobWalkthePlank at 5:57 PM